A lot of comics fill you with joy when you read them, but few do it in the delightfully compact and overwhelmingly earnest way that Jo Abernathy’s Close Your Eyes Look at the Mountains does. In just two or four little panels and some simple lines, Abernathy creates some of the most wonderful, hilarious and memorable comics on the internet. I laugh and feel good and think about these comics months after I first see them. I show them to my girlfriends and say “hey, this is like us.” I look at Abernathy’s comics when I’m feeling low and need something to pick me up. I thank the heavens every day that I found her twitter account and that I can continue to read her comics. 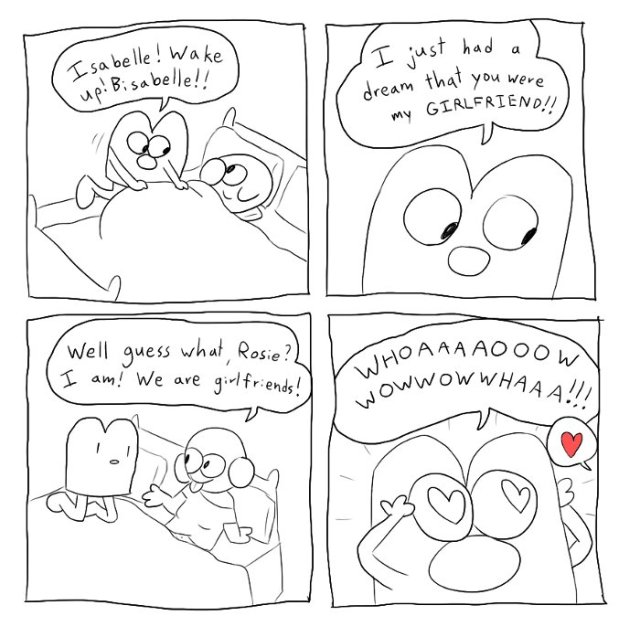 Like, you know that “if your name is Junior and you’re really handsome, come on raise your hand” vine? This comic is as wholesome as that. It’s just pure of heart and innocent of spirit. And it asks all of us readers to join in. That’s how you make the world a better place. Or at least that’s how you make Twitter a better place. Thank you Jo. If you’re looking for a comic that never punches down, and almost never punches at all, this is the one for you. 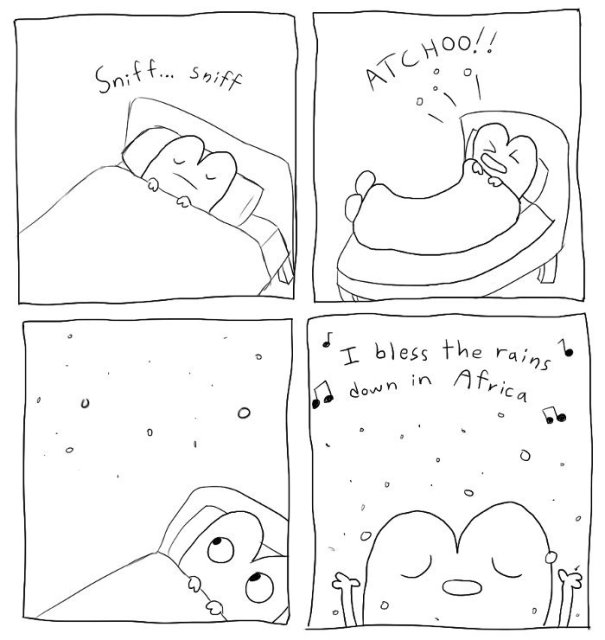 The two main characters of the comic are Rosie and Isabelle, two girlfriends who love each other and love making jokes. On the tumblr it says Rosie is a cat and Isabelle is a pup, but their shapes are largely abstract. There aren’t really very many rules for the universe they live in other than “these two love each other” and “things will end up alright.” Sometimes they talk to insects, sometimes their bodies transform and shapeshift, sometimes the setting around them seems to change. In some recent comics, Rosie has been trying out new bodies. She was an orb for a while and was tiny, and, most recently, was a ghost. It’s a conceit that sometimes gives the comic an Adventure Time or Steven Universe type of feeling, where absurd things can happen. It’s also extremely in line with the dadaist meme-based humor that is so popular among millennials. 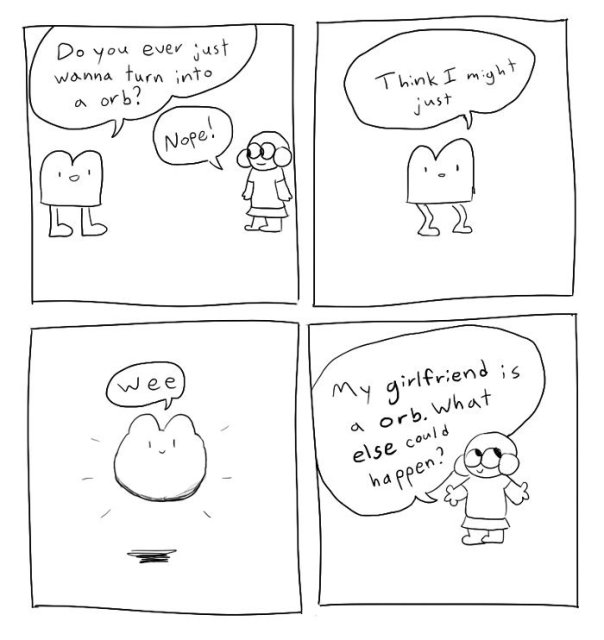 These comics are like an amuse-bouche, a perfect little bite that’s never too much and always just enough. There’s no irony here and no pretense. Just cute little comics intended to make you feel good. I am all about this. I dream of a world full of humor like this. Humor where the punchlines are things like “I love you” and “you’re my girlfriend” and just the cutest faces and noises you could imagine. I dream of a world where simple drawings of two girlfriends being adorable and loving each other can become one of the most-loved comics on all of the internet. 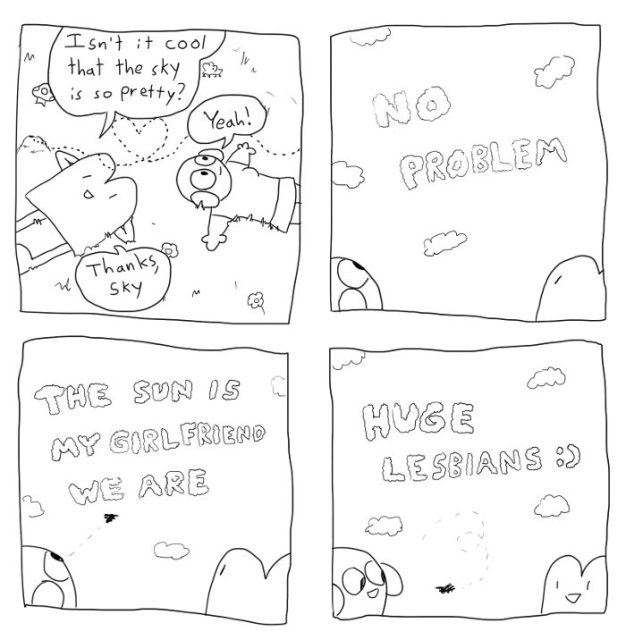 Jo Abernathy is a trans woman who makes the comic Close Your Eyes Look at the Mountains. You can follow her on twitter, support her via her ko-fi and buy a CYELATM shirt at Teespring. She also has a patreon page where you can support her monthly.