In this time of great political and cultural divisiveness, there’s been a growing phenomenon that’s united women on the internet, regardless of sexuality: the desire — nay, need — to be dominated by Rachel Weisz. Weisz’s performance in The Favourite gave women of all stripes flashbacks to that infamous scene in Disobedience, where Weisz spits in Rachel McAdams’ mouth. Then, at the Oscars, she wore a knowing, red latex capelet that sent Twitter into a tailspin; calls for Weisz to do bodily harm abounded. The fact that Weisz herself appears to be in on the joke makes the thought of being run over by her all the more delectable.

To be fair, I haven’t yet seen The Favourite or Disobedience (shame on me, bad gay, etc.), so I can’t totally speak to the Rachel Weisz domme thirst outside of what I’ve read. But the trend has stoked some powerful feelings of injustice in me. Because long before Weisz released her saliva into another woman’s mouth or liquefied Twitter users into sub mush, another actress has been quietly channeling domme fierceness for decades. Her years of steady power moves have gone largely (and wrongfully) unrecognized, but she deserves to ascend to her rightful, reigning position in our very gay sub imaginations.

That woman is Holland Taylor. 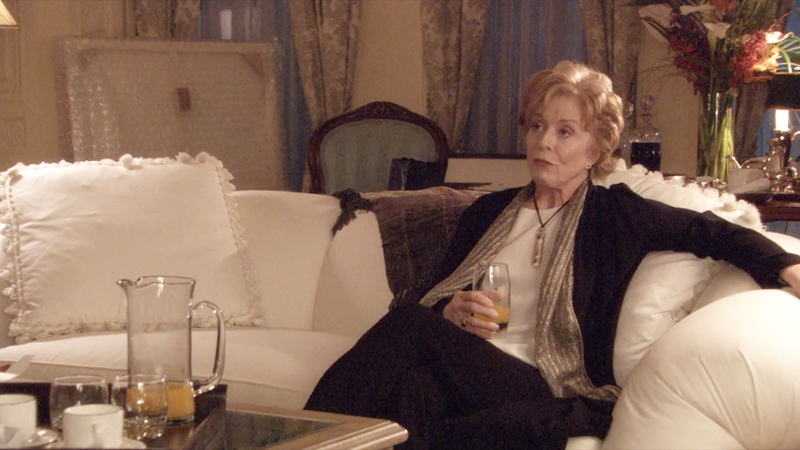 For decades, Taylor has blessed us with her sharp wit, emotive eyes, and domme energy both on- and off-screen. She wrote and starred in the critically acclaimed play Ann, about the esteemed Texas governor Ann Richards; played a savage, bisexual “uber cougar” on Two and a Half Men; had a turn on The L Word (!) as the definitely-could-destroy-you, “I was a lesbian in 1974” mother of Helena Peabody. She’s seduced people of all genders, including younger men: In one scene as Judge Roberta Kittelson on The Practice — a role for which she won an Emmy — Taylor states matter-of-factly, “I gave him the best fellatio known to mankind.” Later she purrs to her prey, “I could give you an erection from across the room.” If you didn’t secretly long for a scolding from Professor Stromwell in Legally Blonde or Mrs. Petrie in D.E.B.S., you’re too good of a student, get out.

It’s worth noting that unlike Weisz (whose standom I do not seek to impugn), Taylor is actually dating a woman, the equally illustrious actress Sarah Paulson. I’ve shipped them since the beginning — and given the Daily Mail too many clicks in pursuit of photos documenting their “intimate LA date night” or one “sweetly wrap[ping]” her arm around the other. The pair consistently chuckle at straight society’s seeming inability to grasp what two women 32 years apart and in love do with each other, which is the no-fucks-to-give, so-all-the-fucks-to-give energy we need from a woman who’s going to commandeer us. 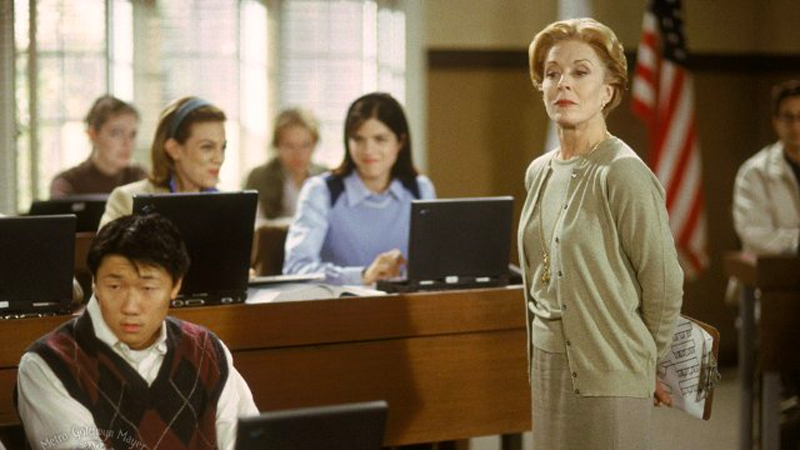 While Taylor’s always owned her confidence, she seems to have leaned into her dommeness with age. (God grant me the aloof assuredness of a woman who’s lived a life.) At 76, she makes a choker look like it should be solely reserved for septuagenarians, lest a foolhardy 20-something attempt to pull off this hardware with such Calvin Klein-influenced ease. You’ll find a dedicated Google search for the suit she wore to a Mr. Mercedes press event. And at this year’s Oscars, she flaunted what appeared to be black lace and satin biker gloves. (I particularly like this photo, as you can easily imagine her wielding a punishing implement.)

If there’s a single photograph that captures Taylor’s clear ability to top, though, it’s the one of her and Paulson from last year’s Vanity Fair Oscars Portrait Studio. The image itself is a work of art — the colors, textures, and staging are stunning. But I can barely appreciate its composition and elegant representation of queer, ageism-fucking love before my body convulses and my superego steps in to scream, “THIS IS NOT SAFE FOR WORK, PLEASE CLOSE YOUR BROWSER YOU ARE NOT IN PRIVATE MODE.” Taylor looming over Paulson, hand on hip, leaning back, clad in that incredible black suit is the holy grail of “I have the authority to rail you.” That Paulson is gazing up at Taylor with eyes of admiration and a hint of “punish me” tells me she’s probably already living that fantasy.

For that, Paulson is lucky — but so are we, vicarious dreamers. There will never be too many queer women to idolize, onto whom we can project our yearning for chic boots on our necks and mutual spit worship. Rachel Weisz has earned her spot as an LGBTQ ambassador, and her red latex nod to queer lust does not go unappreciated. But Holland Taylor has paid her dues. She’s an unmatched sleeper domme who’s built a career and life on roles and personal choices that challenge stereotypes and invite the imagination to descend into dark, consensually vulnerable places. Her fearless command of the selfie, of space, and possibly all of us deserves our worship — and our unabashed submission.