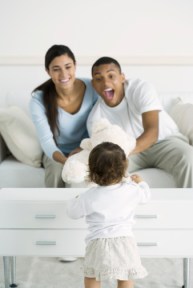 MARRIAGE LICENSE: It’s hard to believe this headline exists in 2009, but a straight interracial couple was denied a marriage license in Louisiana. The reason? The justice of the peace was concerned for their future children. After doing some research on the subject, “he came to the conclusion that most of black society does not readily accept offspring of such relationships, and neither does white society, he said. “I don’t do interracial marriages because I don’t want to put children in a situation they didn’t bring on themselves,” Bardwell said. “In my heart, I feel the children will later suffer.”

Last time I checked, no child brings their circumstances at birth on themselves. Maybe we should try fixing how society treats interracial children instead of discriminating against interracial couples and making the problem worse. We could also look at the millions of children raised by alcoholics, psychopaths, drug addicts and abusive asshats who all were permitted to legally marry and birth children under the law. AND! Marriage is not a predicate for childrearing; not all married people have children, and not all children are birthed by married couples.

You know, the President of the United States turned out okay despite his interracial parentage. Just saying. Though this judge, I’m guessing, voted for Sarah Palin.

NEM: Firstly, check out all our hot National Equality March coverage! We’ve got our photo gallery, Katrina’s notes from the field, and our final shebang: VIDEO by Riese, Recap/Review by Katrina. Special guests include Kristin Chenoweth, Dan Choi and Cynthia Nixon. And Haviland

DADT: Obama’s advisors say they talking to the generals and trying to push forward on repealing DADT, but they aren’t promising quick results.

CHILDREN FTW: One family, among many, that stands to gain if Referendum 71 is approved: “Our son hadn’t planned to testify that chilly day back in February, but he was moved to speak after hearing what, to his young ears, must have seemed to be a confusing and sometimes hurtful denial of rights to our family. So he took the microphone and had this to say: “Some of you may not think of my family as a family, but I know in my heart that we are. So please pass this bill so everyone will know that this is my family.”

TUXEDO: The ACLU has picked up a case in Mississippi involving a high school that won’t allow a lesbian student to wear a tuxedo in the yearbook. When Sturgis — an honor student, trumpet player and goalie on the school’s soccer team — wanted her senior photograph in a tuxedo used in the 2009-10 yearbook, school officials balked. Traditionally, female students dress in drapes and males wear tuxedos. WTF is a drape, and where was this school when I wore a chapstick necklace to my 9th grade school picture taking, someone should’ve gotten rid of that shit. But really, in this day & age? Surely this school should know the gay leftist media won’t let them get away with this nonsense. (@associatedpress)
Here, we’ll run it! HAPPY HIGH SCHOOL!!!! You should watch Pump up the Volume and take over the world! 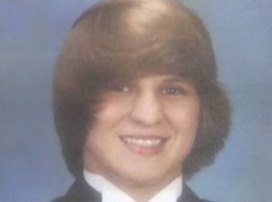 DUMBLEDORE’S LEGACY: Harry Potter fans are fighting for marriage equality in Maine and asking themselves, “What would Dumbledore do?” (@wallstreetjournal)