There’s no place like it. A shelter from storms. Not a place, but a feeling. We’ve all heard those inspirational quotes about home — what it should feel like. For trans people, finding home can feel like leaping through hoops of systemic transphobia, sexism and racism to access and maintain safe and affordable accommodation.

It’s common knowledge that institutions already target trans people with housing discrimination. The U.S. Department of Housing and Urban Development proposed a rule in July that allows homeless shelters to deny transgender people access to single-sex shelters. As detailed by the National Center for Transgender Equality, one in five transgender people in the U.S. has been discriminated against when seeking a home, and more than one in ten have been evicted from their homes because of their gender identity. In Louisiana, one in three trans people report experiencing homelessness at some point in their lives.

Whilst governments fail, Black trans organizers excel. In the South, initiatives like the House of Tulip address the housing crisis for trans people. Based in New Orleans, Mariah Moore and Milan Nicole Sherry founded House of Tulip after launching an online fundraiser to build a long-term, more sustainable solution to housing for trans and gender non-conforming people.

The fundraiser went beyond the initial goal of raising $400,000, allowing House of Tulip, also referred to as Trans United Leading Intersectional Progress, to close on a property they will restore into four different units and offer to trans and gender nonconforming people in the city of New Orleans. Mariah and Milan have partnered with a general contractor and architects, and are looking into organizational management. They have also begun searching for more land to purchase as further additions to their land trust model. 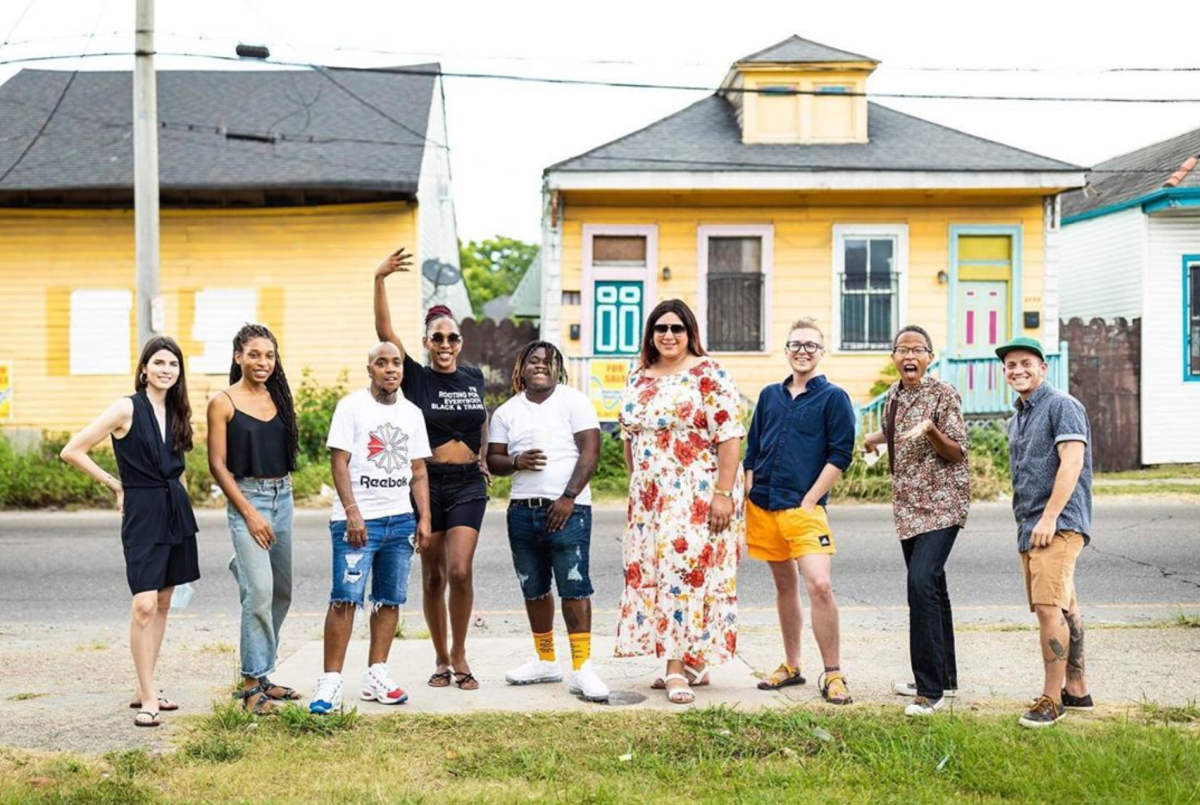 The founders circle of House of Tulip. Via their Instagram.

Over 7,000 people donated to the community land trust that supports Black trans leadership and Black trans futures. “It takes organizations a lot longer to build this momentum. Being able to do it so quickly speaks volumes about the fact that people really understand and know that housing for trans people is really needed,” Mariah said.

The majority Black and women-led collective could achieve not just land justice but also autonomy within their physical spaces — especially in this era of lockdowns, quarantines, and social distancing. Owning land gives people the right to grow their own crops or simply be outside. House of Tulip’s long-term housing solutions include citywide benefits such as creating safeguards around exclusionary development and gentrification, as well as paths to homeownership. “I envision smaller land purchases with decently sized homes on them that our community members actually own so that their pathway to homeownership is a reality,” said Mariah.

Mariah’s work at the House of Tulip remains grounded in the women and kin that got her this far: “I was shown so many examples of strength and resilience modeled by fierce, brilliant, brave women around me who were sex workers. They taught me that my life was still valuable, I still deserved respect and humanity. I think about all of the times they showed up for me and helped guide me – they’re part of the movement.”

Anti-trans rules and policies introduced by the U.S. administration is accompanied by a hostile culture against trans people. The current epidemic of murders — with many recent cases in the South, including Shaki Peters and Queasha D. Hardy in Louisiana and Jazzaline Ware in Tennessee — paints a bleak picture of the violence trans people continue to face and the adversity that needs to be challenged.

Mariah is not alone in creating optimism and hope for the trans community. Award-winning activist Kayla Gore founded My Sistah’s House with Ellyahnna C. Wattshall in 2016, intending to bridge the gap in services for trans and queer people of color in Memphis, Tennessee. That year, there were only 71 beds available in emergency shelters across the Memphis metro area and none of them were designated as trans-specific. Federal guidelines for these shelters don’t protect trans people. In response to the city’s lack of emergency housing and a steady decline in Black homeownership rates, My Sistah’s House provides both emergency shelter and now stable mortgage-free housing to trans people of color. 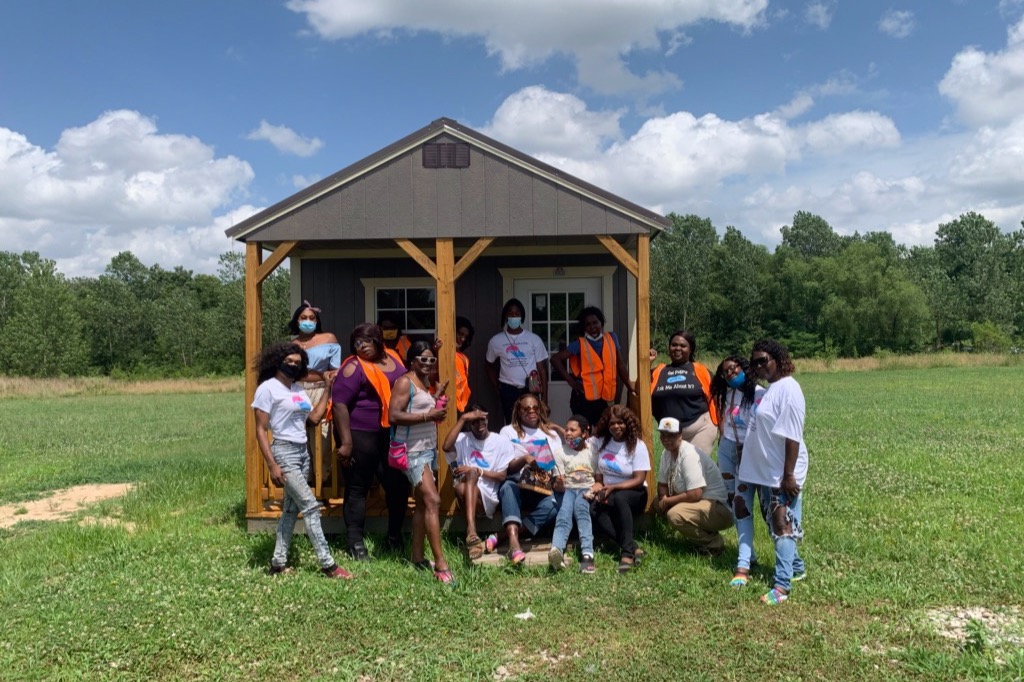 Kayla originally converted her six-bedroom house into an emergency housing facility with eight beds available for queer and trans people in need of shelter. “Housing equals safety [and the] violence that we face happens in the street more often than at home,” she wrote on the My Sistah’s House website.

Now, Kayla and Ellyahnna are raising money to build tiny homes to house trans women of color who are at higher risk of violence and discrimination when attempting to access housing in Memphis. With each home costing $13,000, they’ve been able to fundraise to build 20 micro-houses and create a neighbourhood on almost 30 acres of land they’ve purchased. They’ve received support from volunteers who have helped to build the homes. The pair plan to create community gardens in addition to housing and recreation spaces spread throughout underserved communities with any additional funds.

In a moment like this, there is so much work going into mutual aid for more vulnerable communities. As we shield ourselves in our respective homes, many of us are able to donate with a click of the mouse or share with a few taps on a smartphone. Will these fundraisers appear on our timelines when the pandemic wanes? Kayla writes on the Tiny Homes fundraiser, “Share not only our fundraisers after violence or death; share the tiring work of Black and browns [sic] trans men, women, and my Fam that said fuck all that shit!”

Black trans people have yet to fully benefit from their involvement in liberation and activism, even in movements committed to leaving no one behind. The leadership of Black trans folks like Marsha P. Johnson and Miss Major Griffin-Gracy is finally being recognized as transformative. “It’s because of Black TGNC people that LGBTQ people remain closer to freedom,” Mariah reminds us.

In our wildest dreams, what would it feel like for trans people to have full freedom within housing? Things feel more vivid — brighter, lighter and promising. Vivid because there are possibilities of homes for generations to come. Thriving neighborhoods full of joyful trans folks, free from policing, violence and risk of homelessness, the heavy burdens and fears no longer weighing us down. Neighbourhoods abundant in interdependence and mutual care — the feeling of being at home in this world.

Share and donate to House of Tulip or My Sistah’s House to help fund housing for Black and brown trans and gender nonconforming people.