I got obsessed with Anna May Wong the same year I changed my pronouns and began tentatively approaching the men’s section at Forever 21. Glancing over my shoulder as I picked through t-shirts that were too big for me, I always berated myself for not dressing more feminine on the days I decided to go shopping. That way, maybe people would think I was just shopping for a boyfriend or some other man in my life. Instead, I felt exposed with my ill-fitting pants and button-downs whose shoulder seams spilled down to my shoulders like I was wearing a rice sack.

Around the same time, I was taking a printmaking class. We were supposed to be making prints about queer ancestors, people in history that we felt somehow connected to. I tried googling pictures of Anna May Wong and watching clips of her movies, mostly because I wasn’t sure who else to research. I’d read somewhere that she was the first chinese american Hollywood star and queer. I thought, Why not?

Most of what I found horrified me. There were pictures of her in the cheongsam with the dragon down its length, the beaded headdress, the short tasseled skirt — all a white man’s fantasy of the orient. Restricted by the racism of early twentieth century Hollywood, Wong’s roles included the princess daughter of Fu Manchu, an exotic dancer murdered by her boyfriend, and a woman who dies by suicide after her white american husband leaves her. In an interview, Wong once quipped that she had died a thousand deaths. 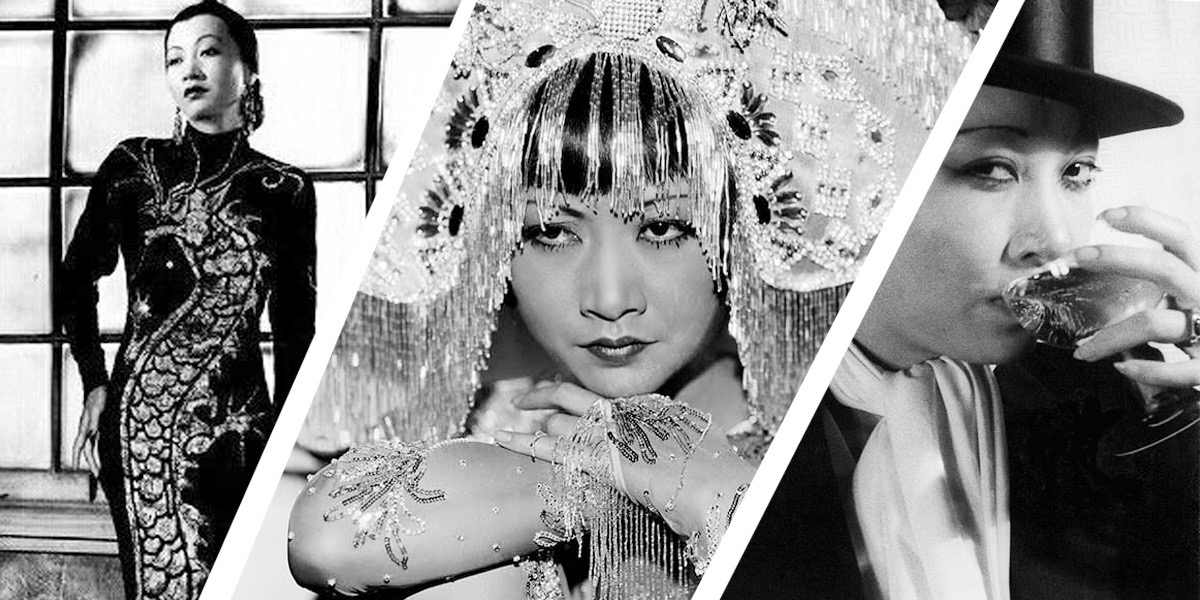 But there was also Wong herself, always staring so boldly back at the camera. I was not expecting her presence to be so strong, for her to be so defiant despite everything. I still wonder how it felt to be so visible, what it must have felt like knowing that you were not considered human — to absorb all of that and still insist on being seen.

It is a cliché to talk about asian americans and representation, when representation means more movies showing the world that we’re more than nerds with tiger moms. I saw Crazy Rich Asians grudgingly and only because it was free once on a plane. Mostly, I was bored. Some of my cishet friends who still fuck up my pronouns seem to have felt empowered by it, though.

I do not want to talk about representation when we could be talking about climate justice, but here I am. I do not want to talk about visibility because it seems so unimportant. I’m embarrassed that I’m at best one degree of separation from cishet east asian american men who “reclaim” their masculinity by appropriating Black culture and objectifying women; the kind who believe that the most pressing issue in asian america is the lack of roles for asian american actors.

I was too busy being awkward as a pre-teen to learn how to put on make-up, but I still fantasize about having that perfect cat eyeliner and brightly colored lipstick. This was what I was thinking of when I agreed to go to a make-up class for trans API’s. I didn’t realize how much make-up requires looking at your own face. As I nervously poked at my eyelid with an eyeliner pencil, I wasn’t sure if I was more uncomfortable with the fact that the eyeliner was making me look more feminine or because I didn’t like drawing attention to myself in general. I’ve spent so much time trying to ignore my face, my entire body, that I couldn’t know for sure.

I’m not a fabulous queer. I wear the same pants I owned in high school and am in perpetual need of a haircut. This suits me just fine. I don’t like drawing attention to myself, or at least that’s what I tell myself. I’m not a fun person to meet at parties because I radiate anxiety and don’t know what to say when asked about myself. My therapist says this is because I don’t think I deserve to take up space. I’m afraid that it means I don’t know how to be seen when it matters, when I need to stand up for others, for myself. I’m afraid it means that I’m a coward.

Being invisible is in some ways a privilege. QTPOC who are visible — the community organizers, healers, performance artists, astrology memers — are subject to scrutiny at best and violence at worst. Unfurling myself means exposing all the parts of myself I’ve worked so hard to protect, means admitting that I believe I deserve to be seen and loved.

For the past couple of years, I’ve thought a lot about getting a chinese dragon tattooed on my arm. It’s something I always find an excuse not to do. Too painful. Too expensive. What if I move somewhere where the weather’s really hot, get a job where I have to look professional, and then have to wear long-sleeve shirts every day? Also, what right does my silly, diasporic self have to put a chinese dragon on my body? Is this my version of a dragon cheongsam, an exotic dance, a choppy accent?

I think about these things while doodling dragons on my arms. Usually, they end up looking more like scary monster birds or sad lizards, but I don’t mind. I pace around my room and imagine the real thing, sometimes just a forearm tattoo, sometimes a full sleeve. I like this imaginary person, the way they move through the world like they’ve never questioned their belonging. I think that maybe the way forward is too pretend.🔮

Join A+!
Related:In Another Worldthe speakeasy

Lia Dun is nonbinary chinese american writer living in San Francisco. They're a Pisces sun, Leo moon, and connoisseur of hot cheetos. Lia's work has appeared in the Rumpus, Catapult, and the Exposition Review

Lia has written 8 articles for us.