Folks, I’m going to be honest with you: I’m Jewish, I do not enjoy Christmas, I’m pretty bitter about relationships, and I am too old for High School Musical. For these reasons and myriad others, The Princess Switch was an odd choice of film. However, as I listlessly scanned Netflix, quarantined to death and rapidly spiraling, I couldn’t help but wonder: did I have what it takes to be a princess switch? 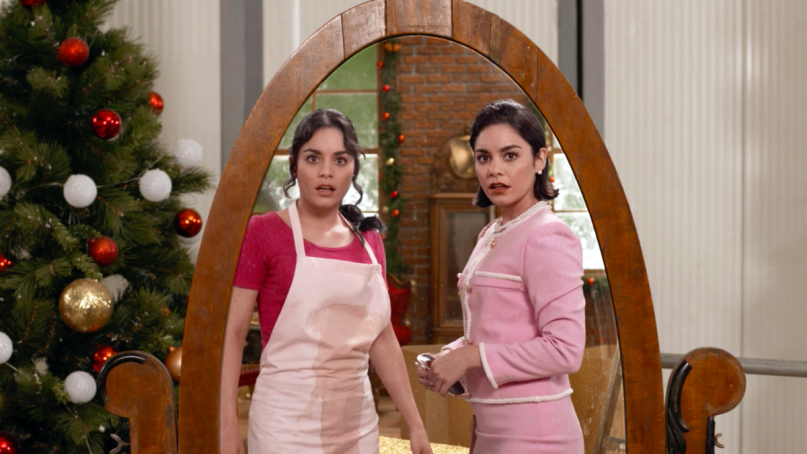 Stacy and Margaret meet in Belgravia because Stacy is competing in a Great Belgravian Bake-Off and Margaret is… there? As stunned as the two are to meet and realize they are completely identical, they seem to get over that fact pretty quickly and Margaret honestly suggests the ol’ switcheroo a little too early for my tastes. Seems like she’d been cooking this sort of thing up for a while and maybe the street-wise Stacy should be asking more questions?

Because I am not the target audience for movies like these, my mind immediately flickered to Eve, a great episode of the X Files about a gang of identical, genetically modified children, created and later abandoned as part of a top secret government experiment. In the episode, Mulder and Scully become aware of the Eves, all of whom possess off-the-charts intelligence, super strength and also irrepressible homicidal urges. This is my first guess as to where the two Vanessa Hudgenses originated. I am concerned for Stacy! Please get some DNA tests done ASAP before you further commit to this woman and allow her to be near your loved ones unsupervised! This is how you end up getting your organs harvested or something. 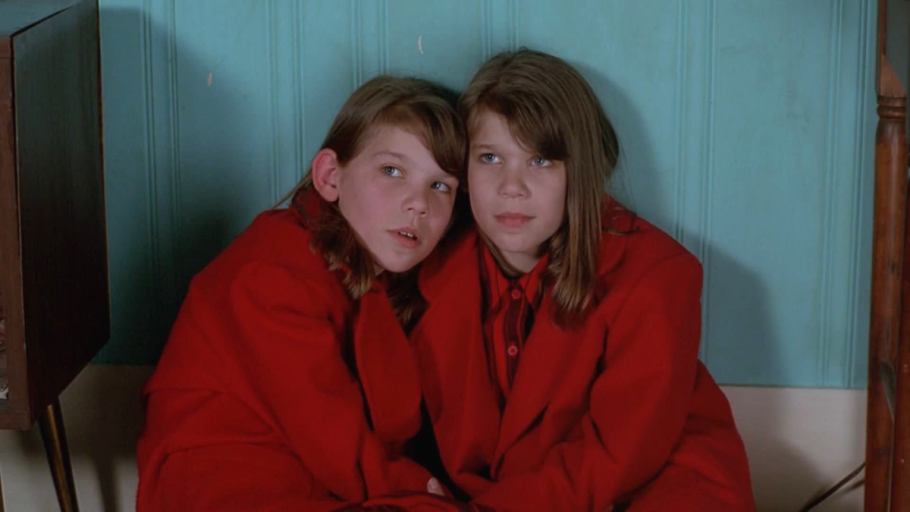 Anyway, believe it or not, when the women switch lives they realize that they are each attracted to the man their identical counterpart had been taking for granted. While undercover as the future princess of Belgravia, Stacy manages to teach the prince about caring for other people! Meanwhile, Margaret finds herself drawn to Stacy’s old friend Kevin, who is newly attracted to “Stacy’s” new sense of spontaneity. When the truth comes out, the men don’t even seem to mind. I feel like the Sweet Valley Twins pulled shenanigans like this a lot.

There is a weird old man who keeps showing up who may or may not embody the spirit of Christmas, and another man who is trying to destroy the Vanessa Hudgenses’ fun ultimately falls off a balcony. It’s not important. What is important is that the two Vanessa Hudgenses  are able to appreciate each others’ lives and male counterparts, and everything ends up more or less the way you’d expect it to! Christmas wishes come true.

Not to be spoiler-y because this movie came out two years ago, but my favorite part is when Vanessa Hudgens throws a bouquet to herself.

Overall, neither Vanessa Hudgens gave me particularly riveting switch energy, and I am no more excited for the upcoming holiday season than I was when I began. I am told that a sequel, entitled The Princess Switch 2: Switched Again is coming out shortly, and that this movie involves THREE Vanessa Hudgenses. I am not sure the world is ready for three lab-created Vanessa Hudgenses, all of them switches.