I began sweating like a swamp monster around the age of 11. I was a pretty hot potato, honestly: ghastly white, bony, intense orthodontics, soaked. I changed t-shirts multiple times a day, once sweated through a Patagonia fleece, and often had drops of sweat literally rolling down my arm while I sat in AC Geometry, wishing I was dead and/or better at geometry and/or definitely not sweating. It happened everywhere and in every situation: in hot rooms, cold rooms, nervous, calm, at home, out. I picked jobs based on uniform shirt color and bagginess, smashed kleenex under my arms, and covertly blow-dried my armpits like a motherfucker.

There was no robust internet back then to inform me that what was happening to me was an actual thing called “primary axillary hyperhidrosis.” But eventually I did learn those words, and then began my really special and not-at-all cut-and-dry (GET IT??) journey towards treating a problem that most people don’t realize can seriously fuck with your life. Basically, my body’s mechanisms for cooling itself are overactive, causing me to sweat 4-5 times more than others. 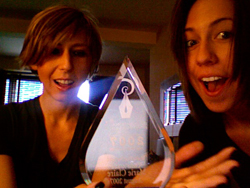 In 2007, I wrote a saga about hyperhidrosis that appeared in the anthology The Bigger the Better The Tighter The Sweater: 21 Funny Women On Beauty, Body Image and The Hazards of Being Female as well as in Marie Claire Magazine. The Marie Claire piece eventually won me The Best Media Coverage Award from The International Hyperhidrosis Society and the trophy is in the shape of a sweat drop and I am VERY proud of it.

Come with me on my journey.

12 Things I Did To Stop Sweating All The Time

1. Waiting to Grow Out Of It 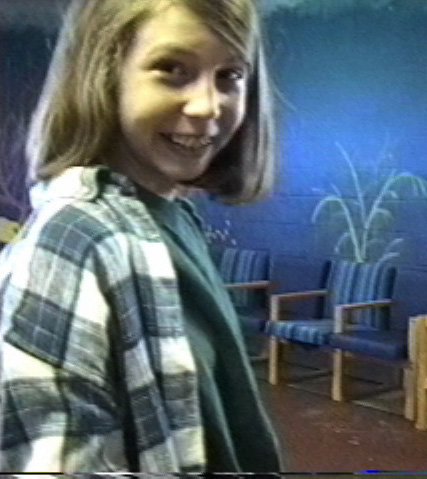 This is me earnestly hoping I’ll grow out of it, while wearing layers

This strategy was perfect for the early ’90s, because this was the Grunge Era. I wore oversized t-shirts and flannels that were about a billion sizes too big for me, like I was being swallowed by my desire to disappear. My family and salespeople at stores told me not to “hide my body” in giant clothing but like, what? Literally every voice inside my head was screaming HIDE YOUR BODY. Who were these lunatics and what did they want from me.

Now we’re into the mid-90s, so everybody else is wearing babydoll tees and shit from Delia*s which makes my Kiwanis Sale old-man wardrobe a lot more conspicuous. Regardless, I rocked those velour pullovers and brought a change of undershirt with me to school.

In college I met Samira and I noticed she always wore black too, and I noticed she rolled up her short sleeved shirt on a particularly humid day, which was another trick I often employed — the bunched-up fabric distracts from the sweat pool. Then a drop of sweat dripped off her arm while we were hanging out in her room and she referred to herself as “Sweaty McPitts” and then we became best friends for like three weeks. She was the first person I ever talked to about it besides my doctor and my Mom. I was inspired by her nonchalant attitude towards her condition as well as her drawers of black tank tops. We discussed bad colors (light blue, heather grey) and bad fabrics (vintage gauzy tees, button-ups) and also shame and terror.

I forewent tank tops as a pre-teen ’cause I was skinny and didn’t want people to see my bones. Then I got older and found out that it was cool for people to see your bones because of fucked-up beauty standards, so I got really passionate about tank tops. I employed multiple strategies to keep the sweat as far from the cloth as possible, including strategic employment of hoodie-as-underarm-towel.

Boarding school was a DREAM b/c I could change t-shirts multiple times a day and at any given moment my entire wardrobe was like three minutes away. 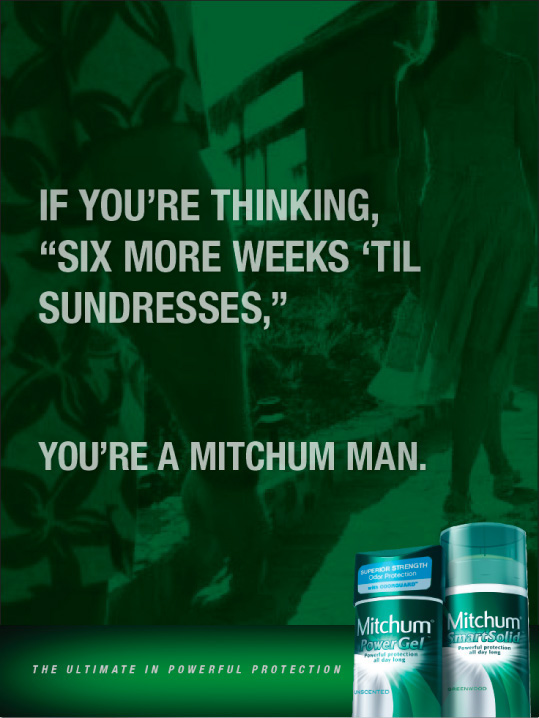 How did they know what I was thinking?

This worked for my Mom but didn’t work for me.

MADE FOR A WOMAN, BUT STRONG ENOUGH FOR A MAN, YOU SAY? I CALL SHENANIGANS. 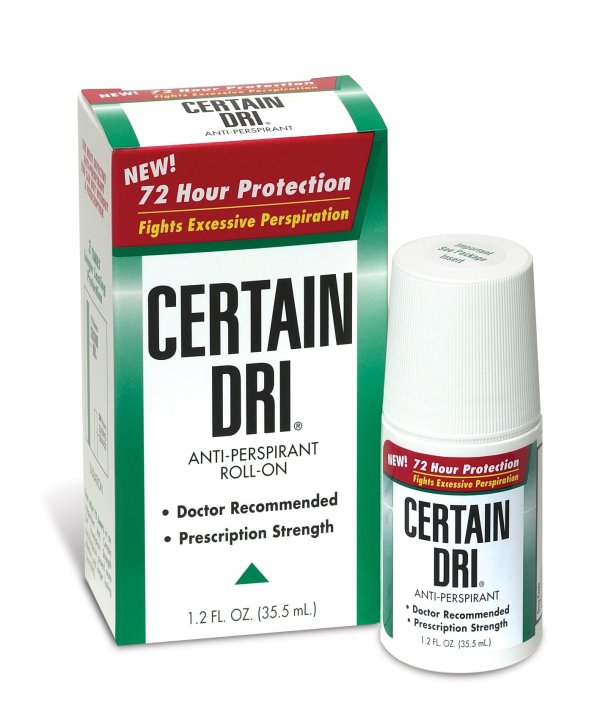 Life before the internet: I read about Certain-Dri in a beauty-related Q&A section of Cosmo I’d read at my cousin’s house, and I ripped out the page and hid it in my pocket and one day after school took the bus to Meijer’s and bought Certain-Dri, which gave me a rash and didn’t stop the sweating. 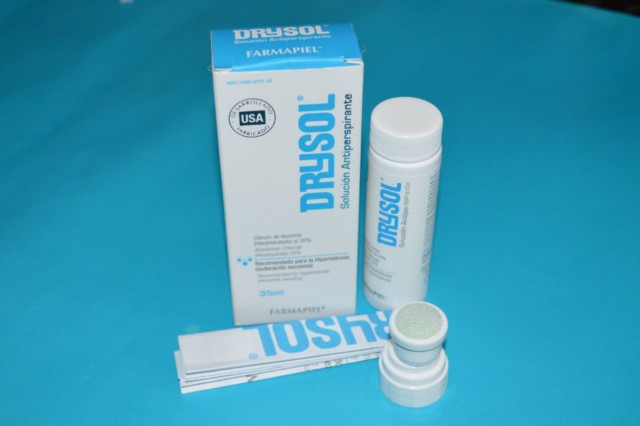 In addition to not fixing the sweating, Drysol provided me with an intense burning scaly armpit rash, even worse than the Certain-Dri rash! AND I WAS STILL SWEATING.

I didn’t actually get surgery and would you like to know why? Because as of the year 2000, when I had a consultation on this topic, if you get your sweat glands surgically removed or whatever, you’ll probably have compensatory sweating IN YOUR INNER THIGHS! So basically you won’t have sweaty pits, but you’ll look like you wet your pants all the time. This is what the doctors told me and so I told them, “no thanks.”

(I’m so glad I made that choice, because there are some intense ETS surgery horror stories out there)

I know, I know. BOTOX. I don’t ever talk about it ’cause people are like “BOTOX?”

Over ten years ago, many humans forwarded me the same newspaper article about how doctors had discovered that botox injections were an effective cure for hyperhidrosis. Unfortunately it’s also an expensive one. I saved up all year and, by the end of 2003, made my appointment at the University of Michigan hospital to be one of their first patients undergoing this particular treatment. One doctor and six residents crowded around me with clipboards to watch this situation take place. The procedure involves jamming a needle into my armpit like 30 times on each side and then, within a few days, the constant sweating stops.

Everything changed! The skies opened up and rained t-shirts of multiple colors upon me! I felt free! It seems like a small thing but it’s such a big thing.

Yeah, I still sweat when it’s hot out, during a workout, out at the club with my pals, when I’m nervous, or when it’s been too long since my last treatment — the injections only last 1-2 years, but bless us all, they have gotten cheaper over time as botox itself has become more widely used for many purposes. I still sweat a lot in general, just in different places, which means I still stick to black if I’m gonna be somewhere hot and humid, like an NYC subway station or like, a hypothetical music festival with hypothetical friends in a hypothetical summery situation that could take place any minute now. Like I said, I’m a very hot potato.