And a happy Festivus to you! Are you the proud caretaker of a small, young human? Perhaps you’ll be traveling with them to a holiday destination in the near future? Or, if you don’t have a small person of your own, maybe you will soon find yourself in the company of several children who don’t belong to you but are nonetheless blocking your view of the television and scheming to eat the last roll.

What will you do?? First you will make a nice cup of tea and take a deep breath. Ok now you’re ready.

MOST SPECIAL NOTE OF ALL NOTES
This is your greatest opportunity to create real, lasting, totally insane holiday traditions that these kids will remember forever and possibly pass on to their future friends/families. You don’t even have to be their parents — as long as the tradition is ridiculously fun or weird, they’ll appreciate it. This is absolutely not the time for unoriginality. 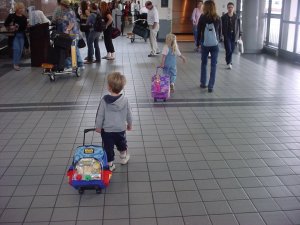 Everyone wants to look at and interact with the young people you’re in charge of. They’ll have you believe it’s because they love these children and want to get to know them better — and that’s probably true — but it’s mostly about checking up on your parenting skills and judging your work. That’s fine; you’ve likely done an excellent job and should have nothing to worry about. However, everyone knows that children can be rogue, unpredictable little things, capable of embarrassing the holy living hell out of you at any moment.

That prospect is terrifying. As with all parenting endeavors, you will need a strategic plan and a small arsenal of bribes.

For shy children, it’s imperative that they be given the proper tools for interacting with strange, older people. Explain that you will be visiting some folks who might be loud, tall and wearing lots of perfume, and that these people will have a great interest in the child. This will make the child uncomfortable. Tell the child it’s perfectly normal; that the same thing happened to you. Have the  child practice acceptable responses via role play.

You: HI SMALL PERSON!! I HAVEN’T SEEN YOU IN [TIME]!! What grade are you in??? Look at your hair!! Oh you are just THE CUTEST THING.

Child: (smiling) Hello, thank you. I am in [grade]. It is nice to see you again. I like your [something, anything].

You: OH THANK YOU! WHAT A PRECIOUS ADORABLE CHILD! Do you like [grade]? Do you have a [girl/boyfriend]??? I BET YOU DO! OHHHHH!

Child: (smiling) Thank you. No, I do not currently have a [girl/boyfriend], as I’ve chosen to focus solely on my studies and future career. I hope to be involved with the local [shelter/co-op/community theater] next summer. I have a [GPA]. It was so nice to talk to you. I’m going to get some water now. Excuse me.

People need incentives — it’s nothing to be ashamed of. Be frank: “If you embarrass me, I will take away [prized possession(s)] for [outrageous length of time]. If you do not embarrass me and instead make me look awesome, I will give you [money/days off from chores/a puppy?]. The end.”

Above all, remind the child that no matter what happens at this holiday function, they will be returning with you to your house, where they will stay for several years to come, and that you have a pristine memory and very little interest in granting amnesty. 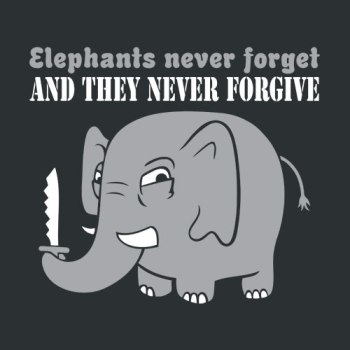 I just needed an excuse to show you these suitcases. 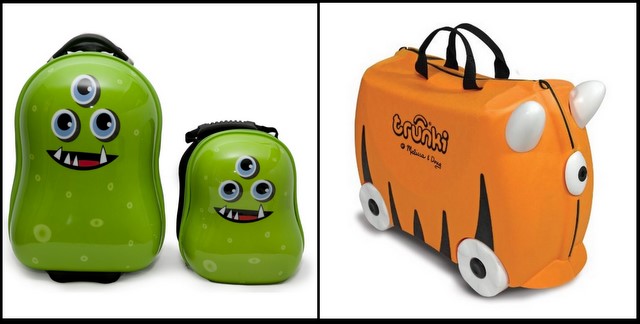 Charge every device. If it has batteries, charge them. If it will need batteries, bring them. Bring more than you think you need, then bring more.

For some reason, short young humans don’t like listening to NPR for hours on end. I know, it’s so weird. I think you should make a mix CD to bring along. Because it’s the holidays, you’re allowed to add as many obnoxious holiday songs as you’d like and you’re encouraged to sing along enthusiastically. They’ll love you for this later, when they have something to complain about to their friends.

Whether the travel time is 20 mins or two days, being prepared is crucial. Anything from a splinter to a mini-famine could occur before you’re even out of the driveway. Aside from the obvious supplies — like band-aids, PSPs, headphones, a deck of cards, etc. — don’t forget the Please Shut Up Lollipops, the Stop Complaining Gum, and the I Cannot Possibly Answer Another Inane Question Fruit Leather. If you’ll be traveling for an extended period of time, I highly recommend the I Will Only Love You if I Can’t Hear You String Cheese. 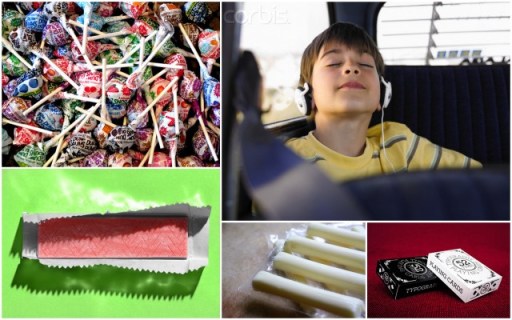 NEXT PAGE: Holiday Gatherings With Kids – A Guide For Childless Humans — including a fantastic guide on how to give gifts to people younger than you! 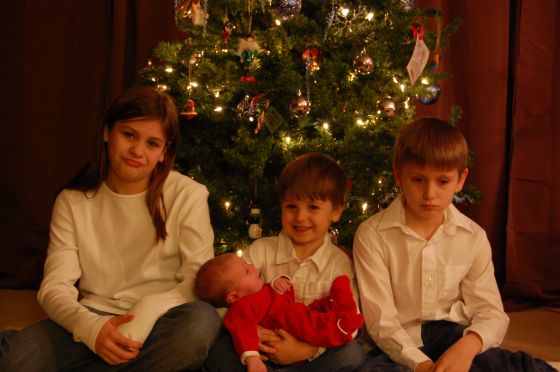 You’ve made it. Everyone is one piece and probably delirious. DON’T YOU LOVE THIS TIME OF YEAR.

If you’re the parent, I don’t know what to tell you about surviving the actual holiday events. Good luck and remember, you’re not alone. Millions have come before you and millions will follow. Stay strong. I believe in you.

But for those of you who are NOT parents, here’s my advice on making your festive interactions with tiny humans the most enjoyable experiences they could possibly be.

Because you’re childless, it’s your duty to periodically entertain the children in your immediate vicinity. It’s just the nice thing to do and, let’s face it, the kids are probably the most interesting people in the house.

You should arm yourself with candy and gum, too. Almost all small people can be distracted from questionable behavior/adventures with a stick of gum. This really only applies to a specific age range from about 3 – 9 years old but, as a wise 7th grade math teacher once said, do not underestimate what a 12 year-old will do for a Lifesaver.

Sometimes young people need gifts, and occasionally those gifts must come from us. It’s just the way the world works. It’s customary for children to make wish lists (ahem), theoretically making things ‘easier’ for you, the gifter. But um, Christmakwanzakkuh isn’t a Burger King drive-thru. I don’t necessarily want to give them what they want; I want to give them what I think they’d like or what reminds me of them. I’m very selfish this way. Also, w/r/t children, I very often have ulterior motives and will be doing my best to influence these tiny brains to become someone more like me, or at least someone I could be friends with down the road, which is roughly the same thing.

So! It’s with this open-minded, selfless love that I’ve compiled a list of things I think you should give to the small people in your life. You’ll probably agree with me and then we’ll go get drinks. But first you have to make sure you’re ready for the onslaught of tiny/mid-sized humans hyped up on gingerbread and covered in wrapping paper.

1. pocket knife/box cutter
Every damn thing is blister wrapped and taped up from here to next Sunday. You could use scissors, I guess, but a pocket knife will really reaffirm your gayness for any relative who might still be in denial.

2. batteries
You may not need them, that’s true, but I bet you will. If you really want to amaze people, be the one who just happens to have a 9v.

4. ziploc bag
For the extra parts, accessories and operating instructions. The number one excuse parents use for not letting their kids open toys at other people’s houses is “you’ll lose something!” Oh but look, you have this handy zippery bag for all the things. Now every young beast agrees that you are The Best Adult.

Things You Can Give to People Younger Than You

LEGOS. I would stay away from themed or licensed sets. Themeless sets offer more room for creativity. If you really want to be a hero, buy an accompanying storage bin with a fucking lid and give it to the parents later. Few things suck more than your child being given MORE toys and yet nowhere to put them. 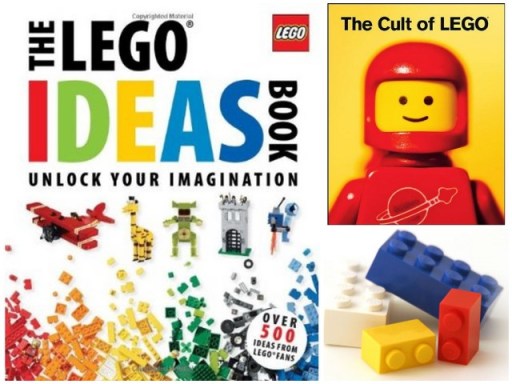 This Melissa & Doug 60-pc Wooden Blocks Set is one of those toys that kids will play with until they’re um, forever. They will play with these forever. Again, I implore you to include a storage bin. No one will ever be able to get these bastards back into the box they came in.

Kids make the best movies. Hands down, no exaggeration. You can prove this buy giving them a Flip MinoHD or Kodak PlaySport. 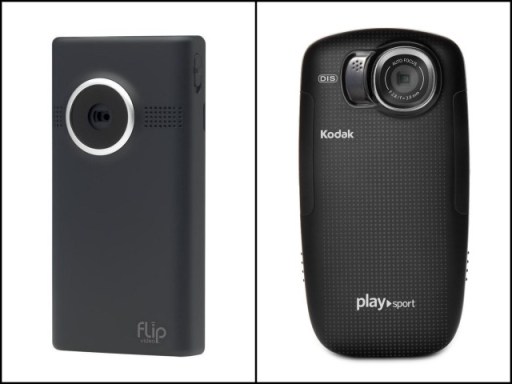 I can’t personally speak to the pros/cons of Anime Studio 8, but for an early illustrator with access to a computer, this might be neat.

Even though I’m still stuck on turn 35 of the Original Perplexus, the Perplexus Epic looks amazing and everyone loves these spheres of timeless frustration. Story Cubes and Story Cubes: Actions provide creative writing prompts, possibly in game-form? This seems almost better than Scattegories, which also makes a good gift.

Obviously you should always give kids books! My favorites are Wreck This Journal, The Chronicles of Harris Burdick, anything by Mo Willems (but especially the Pigeon books), everything by Shel Silverstein, and for the slightly older humans, Fahrenheit 451 and obviously, The Hunger Games. If you want to take the graphic novel route, look for Flight Vol 1-8, the Amulet series and Herobear and the Kid 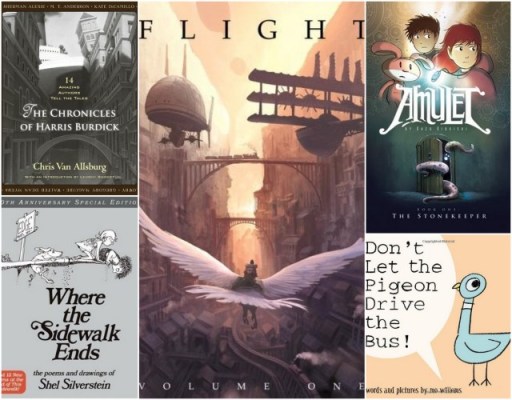 The Plasma Car is a necessity. End of story. There’s also the Plasma Bike, which teaches the baybays how to balance so they’ll be ready for real bikes one day.

Lalaloopsy? Yes. This seems dumb to include, but they’re so fucking cute and if you have to buy a gift for a girl who likes dolls, you may as well get her one with black button eyes! 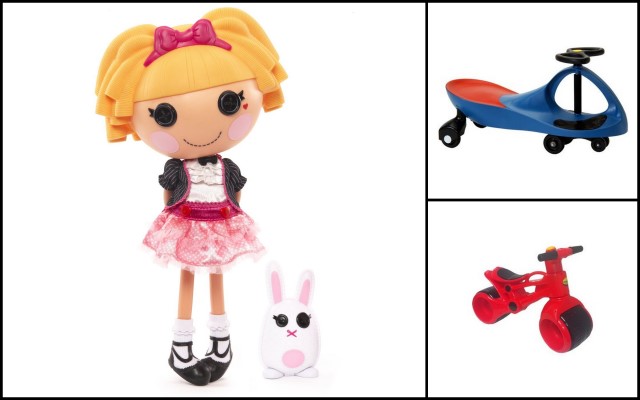 For Kids Whose Parents You’re Not Very Fond Of

1. KEYBOARD. See also: XYLOPHONE, TAMBOURINE, RECORDER
2. SILLY PUTTY: This will always get stuck in something later, but it’s cool because they’re not your kids so it won’t be your stuff.
3. WATERCOLORS / FINGER PAINTS: Ughhhhh watercolors and finger paints are SUCH a hassle to set up. Between the newspaper, the smocks, the cups of water that you hope they won’t knock over, the sticky fingers, the towels, the PAPER and then it has to dryyyy waaaah. You see where this is going. 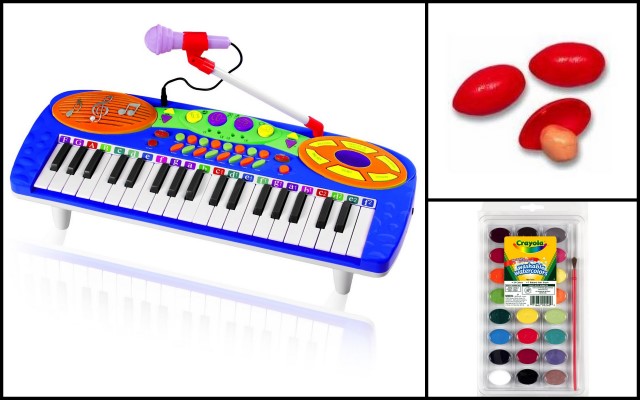 And now you deserve a drink. What did you always want that you never received? How do you feel about Lincoln Logs? What will you be giving your young humans this year? Does the license plate game ever get old? Favorite holiday tradition?