HBO’s adaptation of His Dark Materials has been up and down, which makes sense, really, because Philip Pullman’s beloved trilogy is pretty uneven too. The TV show is a faithful adaptation, one of the best kinds, staying true to both the plot and the spirit of the original books. But when the series finale aired this week, I was shocked (delighted, overwhelmed) to find that the writers made one major change that adds a whole lot of poignancy to the final chapter. Happily, it’s a gay one! 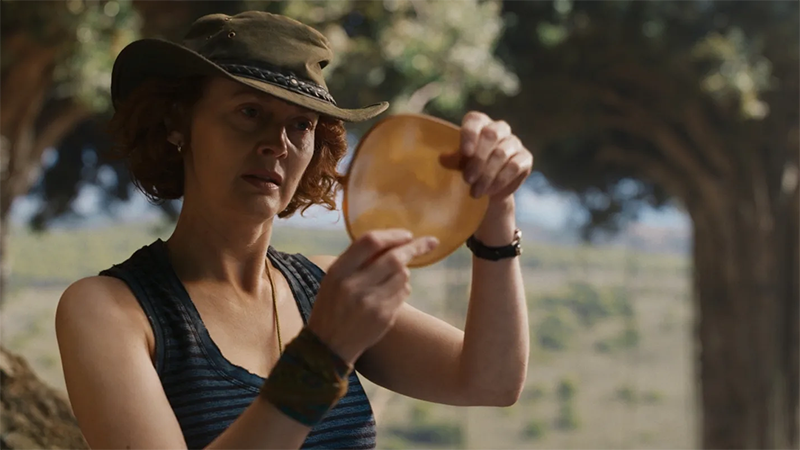 Dr. Mary Malone is a lot of things in Pullman’s fantasy series. She is the inventor of the Amber Spyglass that allows humans to see Dust, which is the elementary particle responsible for consciousness (pleasure, passion, imagination, sensation, experience, feeling). The Church hates Dust; they believe, in fact, that it’s the manifestation of Original Sin. Mary’s no stranger to angering The Church. She was a nun once, with a belief that she could study astrophysics and neuropsychology for the glory of God. But she hurled her crucifix into the ocean somewhere along the way and crushed the hopes of the priests, her parents, and Mother Superior because she came to believe that all the messy, gooey, lusty, longing, aching feelings of human relationships weren’t sin at all. She believed it because she remembered a time when she was fed a piece of marzipan by a boy, after dancing with him at a party when they were both teenagers.

When Mary is told that she’s going to play the serpent to the second Adam and Eve — teenagers Lyra and Will, who are trying to save the worlds — she’s not exactly sure what that means. But at the end of the books, just like the end of the TV series, she simply needs to tell them the story of the marzipan.

Only in the adaption, it’s not a man who feeds Mary the marzipan. It’s a woman. Because Mary is a lesbian. 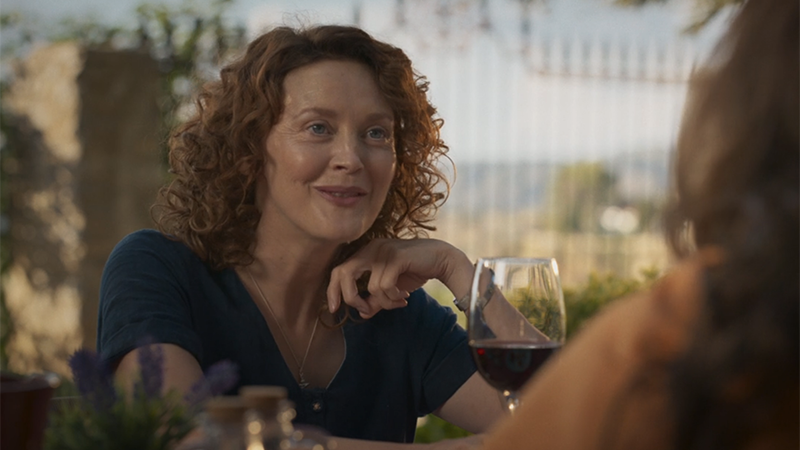 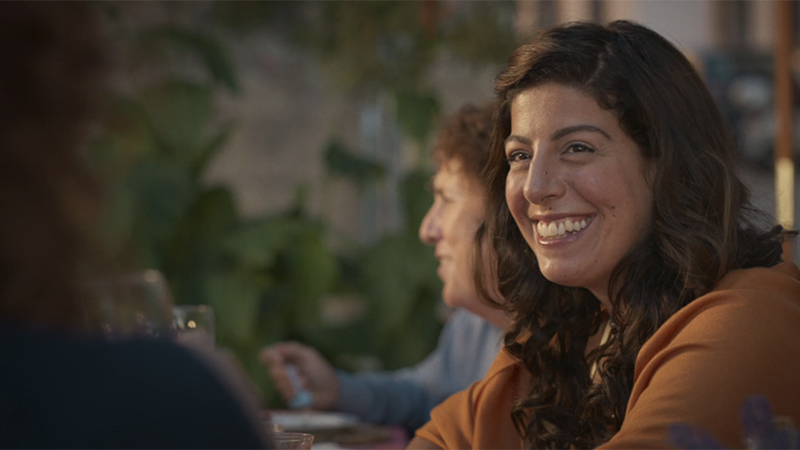 On the face of it, saying that the serpent in the Garden of Eden is a queer woman is a dangerous proposition. The kind of thing that could get twisted real fast, especially in these current political times where false narratives of “grooming” are being revived and chasing LGBTQ+ people around the country and informing all kinds of horrific legislation aimed at oppressing and persecuting queer and trans kids. But oh, the series gets it just right. Mary tells the story to Lyra and Will by the light of a campfire at the urging of a mulefa. Simone Kirby’s lilting, gentle Irish accent weaves a magic spell around them as she recounts the memory of a woman at a conference who mesmerized her, who handed her a piece of almond candy that unlocked the memory of another girl, a million years ago, doing the same. “She offered me a sweet and it changed my life forever,” Mary says. “For the first time, I was living my life with all of my nature; not just a part of it.”

Mary’s story of coming to life under the tender touch of another woman is the climax of the narrative. In the light of it, Lyra and Will begin to understand that what they feel for each other is much more than friends, they kiss, and the Dust stops flowing out of the world; instead, it surrounds them. 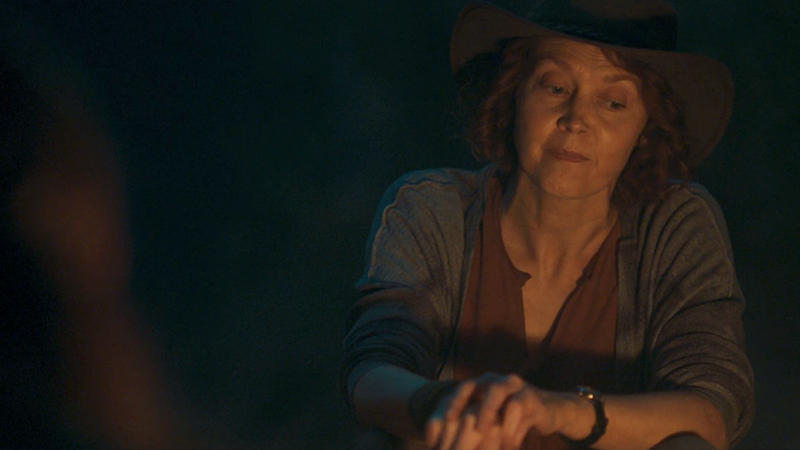 Mary’s story is also the crux of what Pullman spends the whole series trying to say about The Church.

“I asked myself: Would anyone be better off if I just go back to my hotel, and say my prayers, and promise never to fall into temptation again?” Mary says to Lyra and Will, by the campfire. “And the answer came back: No. No one would. And I realized, there was no one there to reward me for being a ‘good girl’ or no one there to punish me for being ‘wicked.’ There was no one — and it was liberating.”

Dr. Mary Malone’s queerness makes perfect sense, and is absolutely revolutionary. She’s the snake in the story of the fall of man! She’s the one that opens Adam and Eve’s eyes to the Dust, the one who exposes them — and humankind — to sin! But Mary says Dust isn’t sin at all. She says the The Church has it all twisted. She says Dust is the spark that means we’re alive. Mary bravely chases her own truth, she quietly tells her story, and in her legend of love, two kids find their own. And they use it to save the worlds.