I don’t know why this particular piece of storytelling refuses to lodge in my brain, but alas, it does. It’s not even close to the wildest thing Grey’s have ever done— they went to the “two people are stuck together on a pole” well in the second season. They need all the plot they can get! Honestly, it’s not even the egregious retconning — though, to that I say: My girl was best friends with a queer couple and you expect me to believe that after a glass or two of Riesling, there was never a “Well, you know Allison, my best friend from med school who I was in love with” never came up??

I was not born yesterday Krista Vernoff! I’ve been in rooms with slightly wine drunk queer women, and let me tell you: It’s all coming up. But I have been a Grey’s watcher for a long time, I’ve learned to accept a wild retcon or two. So it begs the question: what’s my issue?

I mean, it’s not like I think Teddy is straight. Far from it. Teddy’s got this… presence that makes my housemates and I sit up and say “oh that’s gay as hell” anytime she does anything. Of course I noticed the breathless tension that vibrated between Teddy and Cristina from the moment they met, that’s what I do. I was raised on fanfiction, it taught me how to watch TV.

It’s an energy you become attuned to seeking out, creating what you want to see with what’s in front of you.

She needs to be pushed; she’s like a racehorse, you need to push her otherwise she’s gonna lose her mind.

It was always easy with these two. Watch this scene, then look me in the eye and tell me that this fight is really about Owen Hunt, a man so horrible and useless I considered not even committing his name to the page. No, this fight about finally feeling recognized and supported, it’s about someone finally seeing you and threatening to take that away, because their feelings are too big, too complicated to name.

You believe in me more than I do, and I need that — I am gonna die here without that.

Florence and The Machine is playing, it is romantic and sweeping. I’m always in this twilight; in the shadow of your heart. It’s the kind of scene fanfic writers dream of, it’s big and dramatic and there are things lingering in unsaid spaces and come on, of course I know Teddy Altman is bisexual. I just can’t believe it. 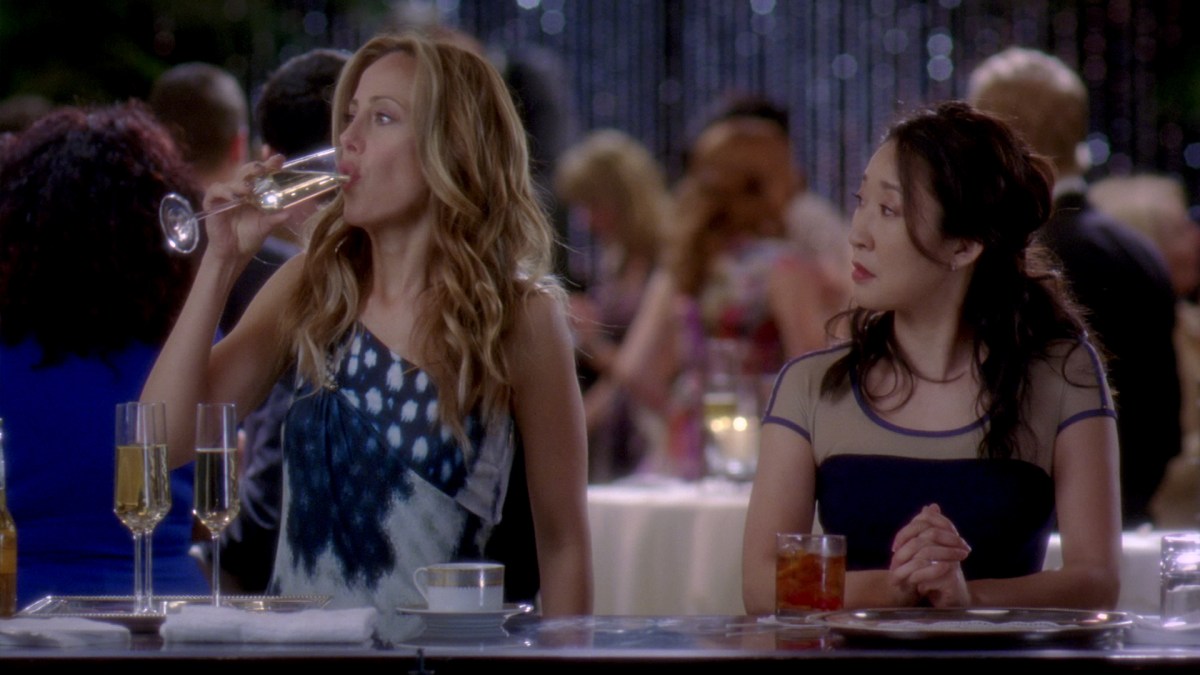 Your honor? These are girlfriends.

That’s the thing about fanfic. (“just get to the damn point already!” you are muttering at me by now, not unfairly. It’s connected, I promise!)

There are a lot of us, I think, who discovered a love of pop culture through the lens of fanfiction. It taught me about different kinds of sexualites and thrilling ways of having sex that I didn’t quite understand, but wanted to explore. It taught me that my writing — forever too “voicey” for my teachers and college professors — had a place, that it belonged somewhere. It taught me that I didn’t need to accept stories and characters as they were presented on my television screen.

I could take whatever I had been given and reshape it into a story I liked better. It’s gay if I want to make it gay, I say now, about everything, all the time. A creator’s intent can only take you so far, and at the end of the day we are left with the images on our screens and how they rattle against the things in our heads.

To learn this information now — Teddy Altman, bisexual! — I bristled out of instinct. Of course she is, where have you been? I’ve been here, doing the work! This is why I always think of fanfic as gift, why I will remain endlessly grateful to it for teaching me to take what I need from media and leave the rest, for teaching me that the images on our movie and television screens matter, and for reminding me that there is so much more to it than that. It allowed me to build a community of real life friends who are all gay as hell, it introduced me to some of my favorite writers.

And look, maybe I am too used to reading subtext and finding fix-it fics to know what to do with something as simple as the thing you wanted being canon. Maybe I forget it because I don’t know how to accept it.

Maybe all I need to do is adjust my tone, maybe it’s not: I cannot believe Teddy is bisexual, eye roll implied.

Teddy Altman is bisexual? Wow, I can’t believe it.

Christina has written 182 articles for us.