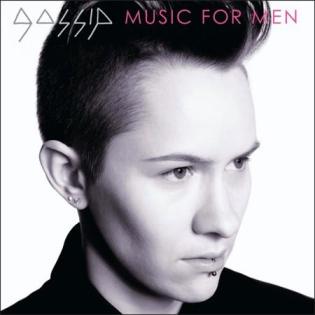 Why I Love The Gossip So Hard

Music For Men is the title of the latest album by dance-punk trio Gossip. As album titles go, Music For Men is fairly amusing and ironic, because in actuality, Gossip frontwoman Beth Ditto represents for a lot of people. She represents for the vast and disparate group of people who identify as queer and for women in general — and particularly those that don’t have mainstream-media-approved bodies easily knocked over by a good gust of wind. And overall she’s representing as a lady with exceptionally high badassery whose equivocally unafraid to be outspoken & flamboyant.

It might just be my nostalgia from staying up watching too many old grunge and stoner rock music videos on late night television talking, but in my opinion the ‘90s were a completely amazing time for women in rock music.

It was the birth of riot grrrl! The heydey of alt-rock chicks! Women DOMINATED to an unprecedented extent. Influential and revolutionary artists & bands sprung up like wildflowers back then: Sleater-Kinney, PJ Harvey, Ani DiFranco and Bikini Kill are the most obvious examples.

Recently, I’ve felt a dearth of these types of strong, unique, brilliant female artists/bands. So to make a long story reach a point: I think it’s great that we still have someone like Beth Ditto and her drummer Hannah Billie (who can be seen looking all pensive & hot on the album cover), as well as guitarist Brace Paine. They own everything they do and just go from strength to strength.

Why I Love Gossip’s Music for Men So Hard

Music for Men is Gossip’s major label debut, they worked with über -producer Rick Rubin, and no doubt they had considerably more funds to invest in the making of this record than they’ve had at their disposal on any previous projects.

The result, unsurprisingly, is an album that’s more polished and shiny than anything in their back catalogue. It’s less punk and more disco.

“In Music for Men, the band has truly developed into an all-around solid pop powerhouse.”

Her soul is most vivid on “8th Wonder,” when Ditto wails with cutting sarcasm, “You’re the eighth wonder of the world, undisputed, not just another bleeding heart, but a masterpiece a work of art” before breaking down into a brilliant bridge that builds with energy and urgency, “and if there’s a risk I’ll take it, take it…take it…”

Of course I had to go back and revist Gossip’s earlier work to really analyze it (not such a bad self-assignment) and decided that the instrumentation on Music for Men, like all Gossip albums, remains simple and therefore ensures that Ditto’s vocals are properly showcased front & centre.

I noticed that in earlier albums, the harshness of Gossip’s pared down garage punk served to make Ditto’s vocals sound even more incredible. In Music for Men, the band has truly developed into an all-around solid pop powerhouse.

Ditto’s lyrics from her second album Movement, “It’s not like I could have stopped her, ’cause a girl can’t be tied down” have become a bit of a self-fulfilling prophecy — this band’s growth is unstoppable, both musically and in terms of popularity and exposure.

“Four Letter Word” stands out as being slightly more restrained than the rest of the album. It’s all super cool drum ‘n bass ‘n hand claps just chugging along to a background of bleepy electronica. At one point Beth Ditto even breaks out an acrostic poem. I’m obviously a dedicated fan of any acrostic poem and this one is a perfect anti-love letter, the opposite of a Hallmark Valentine’s Day card, a brutally succinct summary of a relationship gone wrong.

Ditto spells it out:

L is for leaving
O is for on time
V is for the voices warning me I’ll lose my mind,
E is for the ending, the unhappy ending of the four letter word.

The head-bopping baseline of “Dimestone Diamond” kicks the album off and sets the tone, and the tone is DANCE DANCE DANCE. The manifesto is already spelled out in the track “Men in Love”: “Dance, like there’s nobody looking / Slide, like you’re coming my way / Shake, like you know what you’re doing / We’re out all night and sleep all day.” See, that applies to all of you: whether you’re on the train with your iPod or blasting it in your bedroom ’til your neighbours turn homicidal, prepare to surrender control over your limbs to the higher power of Music for Men.

It’s actually hard to sit down and deliver insightful studious analysis on Music for Men because it’s so irresistibly danceable. Even if you’re a freak (like me) who generally prefers to stand in the corner far away from the dance floor, Music for Men will get you dancing, grooving, or at least awkwardly-yet-enthusiastically shuffling along. I think Beth Ditto would have it no other way.

Have you heard Music For Men? What did you think? 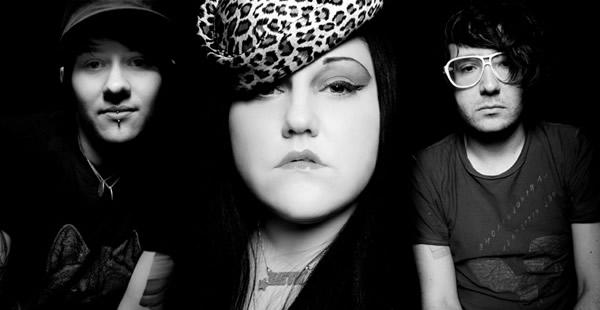