Sometime between last night and this morning, Shawn Carter, also known as Jay Z, the husband of famed performer Beyoncé Knowles-Carter, released his thirteenth album, 4:44 (maybe the time The Twins were born???). I’m sure the whole thing’s great, but what I’m excited about is the track titled “Smile” where his mother, Gloria Carter, comes out as a lesbian. 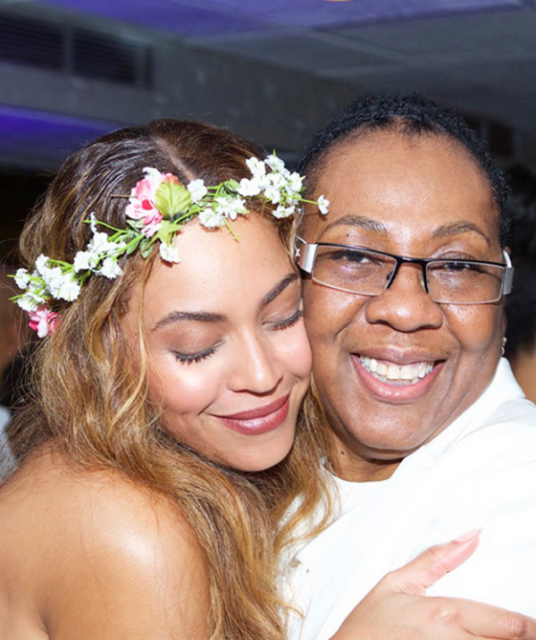 It’s been known in queer circles of color that Jay Z was raised by a lesbian. In fact, while I can’t find anything confirming that it’s been talked about before, I never thought she was in the closet, but I guess she never “officially” outed herself. She’s also had a prolific career as an activist and philanthropist. She began the Shawn Carter Foundation alongside her son and has raised over $4 million in college scholarships for young people.

In an early verse of the track, Jay clears up any confusion about his mom’s sexuality. He raps, “Mama had four kids, but she a lesbian. Had to pretend so long that she’s a thespian.” Y’all know how much I love a good lesbian/thespian rhyme.

Although this is the first time it’s been talked about on record, Jay Z has always been openly supportive of LGBTQ+ folks, and especially marriage equality. In an interview with CNN, where he discussed his support of former president Barack Obama and the legalization of same-gender marriages he said, “I’ve always thought it as something that was still, um, holding the country back. What people do in their own homes is their business and you can choose to love whoever you love. That’s their business.” 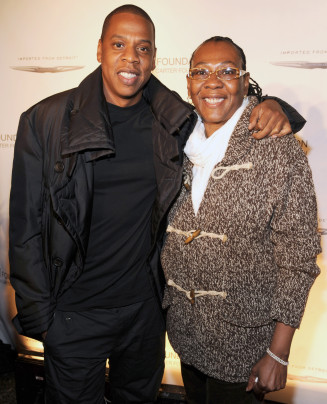 The track is so sweet. He samples Stevie Wonder’s “Love’s in Need of Love Today” and he’s gushing over how much he loves his mama and how hard it was for her to have to hide a part of her identity for so long.

“Had to hide in the closet, so she medicate
Society shame and the pain was too much to take
Cried tears of joy when you fell in love
Don’t matter to me if it’s a him or her.”

The best part of the whole track, though, is when we get to hear Gloria herself. She’s featured at the end and performs a spoken word piece about the shadows she felt she lived in for so long.

Living in the shadow
Can you imagine what kind of life it is to live?
In the shadows people see you as happy and free
Because that’s what you want them to see
The world is changing and they say it’s time to be free
But you live with the fear of just being me…
Living in the shadow feels like the safe place to be
No harm for them, no harm for me
But life is short, and it’s time to be free
Love who you love, because life isn’t guaranteed.

Her analysis of the double consciousness LGBTQ+ people live in and the ways that we navigate keeping ourselves safe, but also keeping our loved ones safe is raw and real and made me get a little choked up. It wasn’t and isn’t unheard of for queer single mothers to lose custody of their children, so she did what she needed to do in order to keep her family together. But she decided to come out of those shadows for love, y’all!! Sweet, sweet love!

You can listen to the track on TIDAL (only if you signed up before June 26th though).

You can also listen to Stevie Wonder’s sampled song, “Love’s in Need of Love Today” on Spotify, and it’ll make you smile even if you can’t listen to the Jay Z album yet.