WHAT FEMINISTS WANT: There’s been a big fight in Australian media about the role of feminism in society over the past week and Ruby Murray is gonna explain that shit and then straighten that all out for you in “What feminists want,” and really you should read it: “You have to have a remarkable lack of imagination to look at the world and not see the possibility for something much better. And if you can imagine a better, more just world, then not to act on that vision is unforgiveable.” (@eureka street)

DRUNK LUNCH: The DoubleX staff drinks like Mad Men for a day to see how much they get accomplished. Here at Autostraddle, we have conducted a similar experiment although our working hours are generally a bit later than the Mad Men. So you know, take a look around our site and let us know what you think.

PRETTY WOMEN: Grown-ass women: still apparently unable to be friends with each other – a lady writer at The Frisky says pretty girls are bad friends. A lady writer at Salon.com says that the other lady writer is confusing “pretty girls” with “models.” I think they’re all talking about Davone’s girlfriends from Gimme Sugar, and I’ve never had an issue with models specifically, does anyone have a martini or a sword or a little feminist beanie baby or something please thank you. They’re advertising a Snuggie on TV right now in leopard print, what the hell is happening to America. Anyhow. (@salon)

MORE THAN ONE WAY TO BE AN ASSHOLE: Britain’s Next Top Christian Model: MOL Models have good posture, know how to pose, have a signature walk, and LOVE JESUS. (@salon) 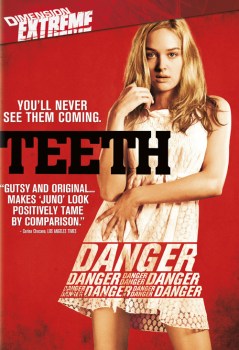 RIGHT HERE ON AUTOSTRADDLE: Check out Norwich’s Clutter City, with Nude Magazine, egg cups, and jewelery for everyone!

SEX ED: When Texas realizes abstinence-only isn’t working, you know something’s up: Texas currently has the third-highest teen birth rate in the country and “the highest rate of repeat teen births.” It also leads the nation in the amount of government money it spends on abstinence-only education. (@think progress)

TEETH: Also … this is unrelated to ladies like the rest of this fix, but “although spending on dental services is less than 4.5 percent of health care expenditures, a greater percentage comes out of patients’ pockets. Whereas only 10.3 percent of physician costs, 3.3 percent of hospital care, and 26.8 percent of nursing-care expenses were paid out-of-pocket in 2007, Americans paid 44.2 percent of dental bills themselves.” Also, there’s a really interesting part about how orthodontia has become an expected investment in America now. (@slate)

VIRGIN BIRTHS: Now everyone can be a pretend virgin for the low low price of $15 and death: A leading Egyptian scholar has demanded that people caught importing a female virginity-faking device into the country should face the death penalty. (@bbc news)