Pears do not get enough love. Fall and the holidays roll around and everything is pumpkin this and apple that, and even though this is also peak pear season they are almost entirely ignored. I bet they lose popularity points because they aren’t cutely symmetrical and round like their peers. Or maybe it’s because their flavor is more subtle but I think those are unfair discriminatory reasons to leave pears rotting on grocery store shelves. I’ve never eaten a pear that left me as disappointed as the “Golden Delicious” apples in school lunches. Just saying. I’m sure you’re thinking “wow, Reneice really has intense feelings about pears, is it really that serious?” As an awkwardly shaped little sister that grew up in the limelight of an ever popular athlete brother, I say it is. Through my sibling complex I’ve developed a soft spot for loving and identifying with things that go otherwise unnoticed, so today I intend to give pears their five minutes of fame via pear butter.

Pear butter is a really really good addition to fall and winter breakfasts. I put it in oatmeal and yogurt and smoothies, on toast/muffins/banana bread, on top of baked wheels of brie with cranberries and walnuts. Sometimes I just eat it out of the jar by itself. I like to think this recipe is especially delicious because it’s roasted. Most pear/apple butter recipes have you cook the fruit on the stove but roasting it lets all the sugars slowly release and amplifies the flavor. Also the brandy. Pears and brandy taste so damn good together. Before I started baking whenever I heard the word brandy I either immediately got “The Boy Is Mine” stuck in my head, or got a mental image of an old white man smoking a pipe and drinking brandy from a crystal tumbler. I did not think it was a thing people really used. Then I made a recipe for brandy poached pears and everything changed. All the alcohol does cook out in the oven so it’s child friendly, but it can definitely be skipped and swapped for maple syrup if you’re sober or not interested in buying a bottle solely for baking. Either way I hope you’ll make this recipe and join me in having all-pear-everything breakfasts this week.

This recipe yields about 2 cups of pear butter, feel free to halve it or freeze some if that’s too much! 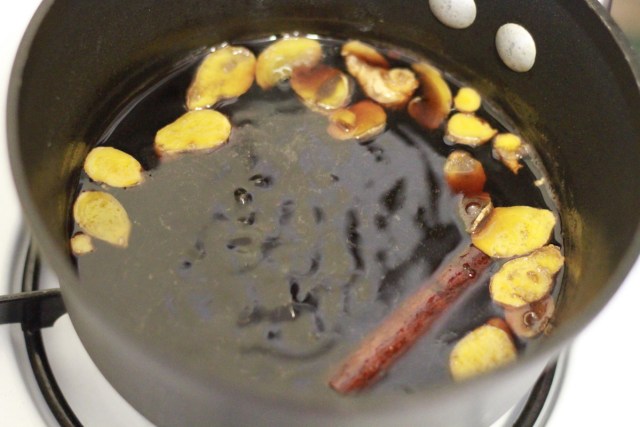 1. In a small sauce pan combine the water and brown sugar then heat on medium-low and whisk until the sugar is dissolved. Next add the ginger, cinnamon, salt, and allspice. Whisk together and let simmer over medium-low to low heat for 20 minutes. The syrup will be strained before pouring over the pears so you don’t have to worry about peeling the ginger. I’ve heard there are random things that every cook/baker hates doing, and mine is peeling ginger. It is so unnecessarily tedious getting around all the random curves and my fingers always get all slippery. Ugh! I avoid doing it at all costs. I’d rather peel a bushel of onions than one piece of fresh ginger. If you are most likely unlike me and have no problems peeling ginger, peel away! I’m just saying it’s not mandatory. Also, as with most fall spiced things you can DIY the spices to your liking. This great with cloves and nutmeg too!

2. The pears also do not need to be peeled! The peels help the butter thicken and give it a better consistency, so leave them on but DO core the pears and cut them into 8ths and put them in a bowl. Pour the lemon juice on and toss the pears then set aside. 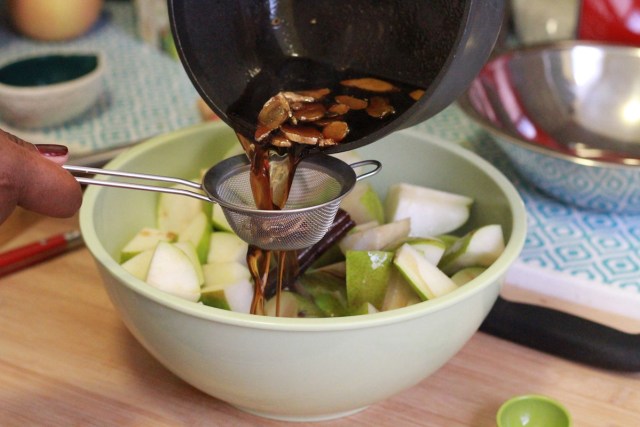 Once the syrup is ready stir in the brandy and the vanilla. Remove the ginger pieces with a spoon or strain the syrup through a mesh strainer as you pour it over the pears into the bowl. Toss in the syrup and make sure they all get coated, then pour into your baking dish, cover with foil and bake for 45 minutes. 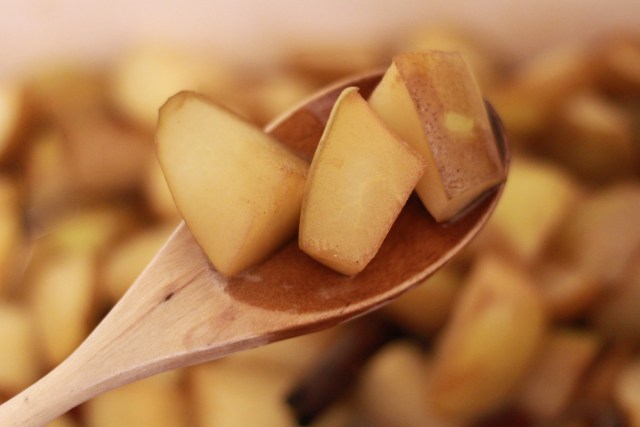 4. After 45 minutes pull the pan out of the oven, uncover and stir the pears around in the syrup again. They should be starting to soften and turn light brown. Return to the oven and bake uncovered for another 45 minutes. 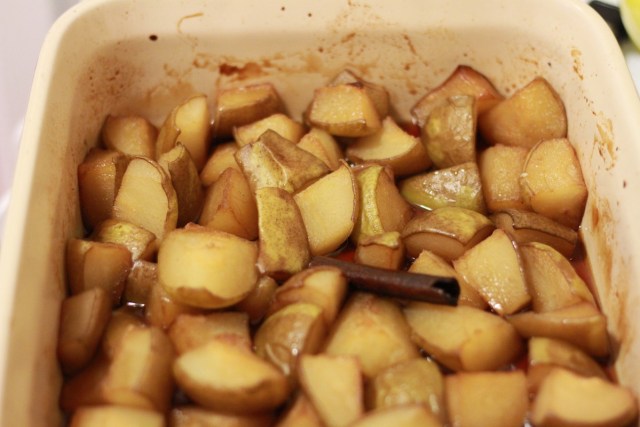 5. At this point the pears should fall apart when you press a fork or spoon into them, the syrup should be bubbling, and you should have those annoying burnt on sugar splatters on the side of your baking pan that are almost impossible to scrape off. It’s worth it, I promise. Set the pan somewhere that it can cool and leave it for 30 minutes. 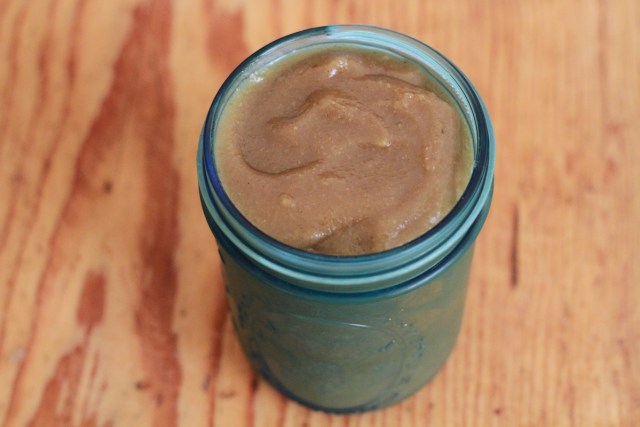 6. Blend it up! I use my blender but a food processor, or even a potato masher if you like a chunky consistency will work. Blend until it’s as smooth as you’d like, then scrape into a container and allow to cool at least to room temperature before eating. I like to put mine in the fridge to sit overnight which gives the flavors more time to blend. If after blending your butter isn’t as thick as you would like, you can pour it into a pan and reduce it on medium-low over the stove to thicken it up. 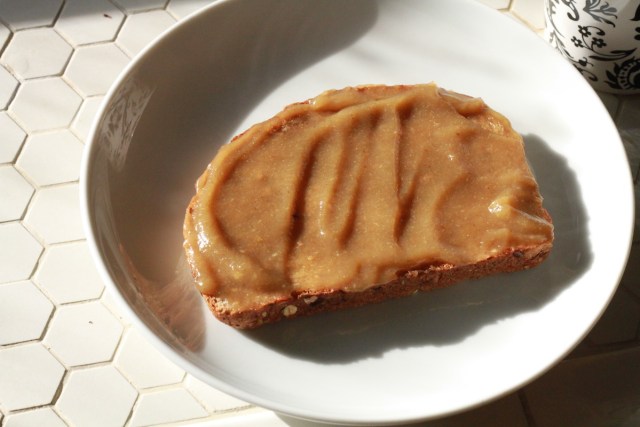 7. Spread on everything in sight and remember there’s a reason so many farmers still harvest pears.