Last week I turned on Pretty Little Liars and my Mom was like, “So, all I know about this show is that there’s two girls who pretended to be lesbians but they aren’t really lesbians?” and I was like, nope, wrong show. But after watching the first two episodes of Season 2B of Faking It, it’s not a stretch to imagine calling this show Pretty Little Liars. Although several lies, like the “lesbian couple” lie, have been exposed throughout the show’s brief run, lies and deception remain the show’s most prominent conceit. This makes sense for a show called Faking It, but is somewhat unfortunate for me personally as a recapper due to the fact that “people taking action based on things they think are true that aren’t really true” is my #1 Most Hated Plot Device, which’s why I hate Shakespeare. Anyhow! Onward ho! It’s still a smart show with LGBTQ characters and shiny-haired girls.

Oh right, first I should give you a SPOILER ALERT for this entire post, although I promise I’m not revealing anything SUPER-spoilery, these are still, in their way, spoilers. 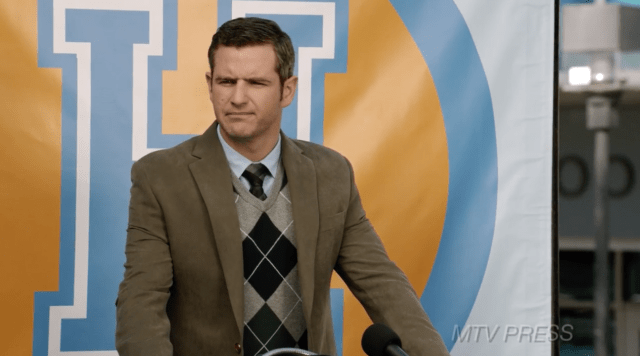 I think my underwear is too small

Apparently last season’s drug bust has inspired the school to crack down on its hippie attitude and get serious, like with metal detectors and a white man in a sweater vest. Principal Penelope Delia Fisher’s been demoted, because patriarchy. 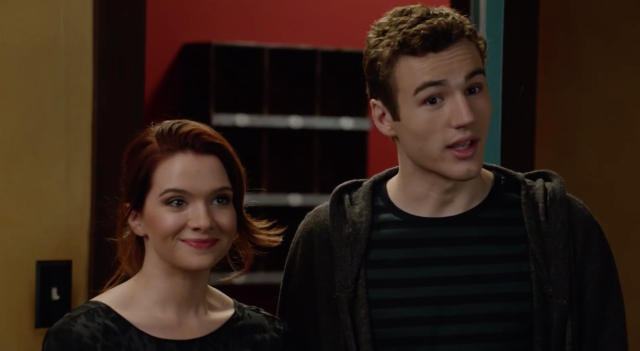 Now ladies, let me tell you why civil disobedience is always a bad idea

Don’t worry lesbians, all your dreams have come true: another non-descript white boy is joining our cast of characters. I listened to him talk for about 20 seconds and then looked at a piece of toast and felt the same about both items. 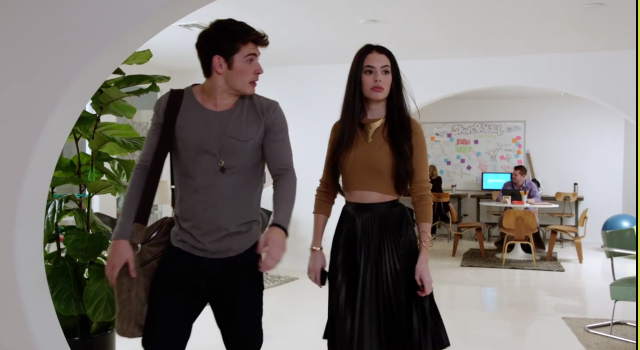 Oh don’t mind that creepy figure in the hoodie and a mask, we’ll get the story on that later tonight

After giving up art in order to get Karma’s family out of jail, Liam’s been cornered into an internship with Swerkel, where he’ll be working alongside a brand new female character with nice facial structure and edgy fashion choices. Her name is Intern Baked Ziti or something like that. 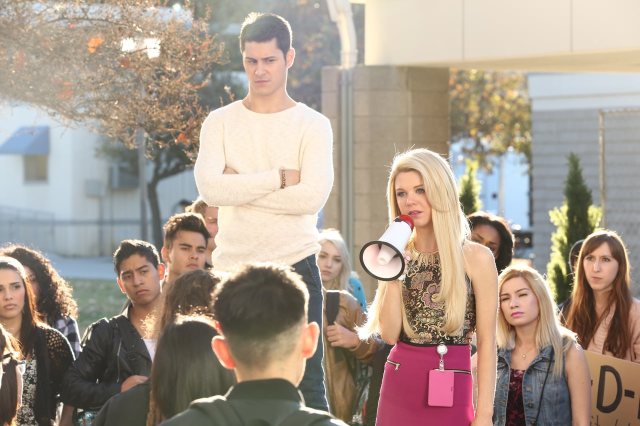 Look, I’m sorry but it’s Berenstain Bears, not Berenstein Bears, and it always has been

Although Lauren managed to win the student council election after being outed as intersex, she has no interest in representing the outsiders and marginalized peoples of Hester, much to the chagrin of her campaign team. In fact, she’s on board with the New Hester High.

5. But she is gonna be mad at Theo… maybe forever 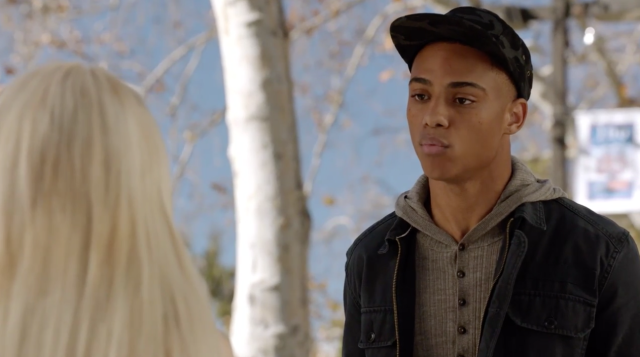 How about when I make this face, do you like me now

I really want somebody to update Faking It‘s IMDB page so I can figure out if they’re gonna get back together or not. So far it’s not looking good — she’s blocking his calls, plotting extravagant revenge fantasies, and shutting him down when he tries to apologize.

6. Reagan and Amy are still together! 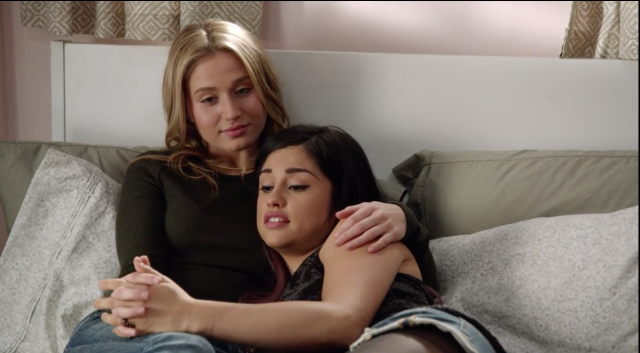 And then for our 86-day anniversary, I was thinking we could go back to that spot where we shared our first burrito and this time, each of us will bring our own burritos

Amy and Reagan are still girlfriends, but Amy’s starting to feel a wee bit suffocated.

But as far as Reagan knows, Amy is totally a lesbian who is never ever attracted to guys, not even Johnny Depp, and Amy is also a lesbian who never ever had drunken sad sex with Liam Booker. See, Reagan’s ex left her for a guy so now she’s afraid of girls who have any unanswered questions about their sexuality… and, I guess, girls who have ever slept with a guy? (Fun fact: sometimes 100% total absolute lesbians who don’t like guys have still, in the past, due to an array of circumstances such as “cultural norms,” hooked up with, slept with and/or dated men!) I hate just about every element of this characterization / development and I hate this conflict with the fury of a thousand suns, which I will most certainly unleash upon you as recaps progress this season. 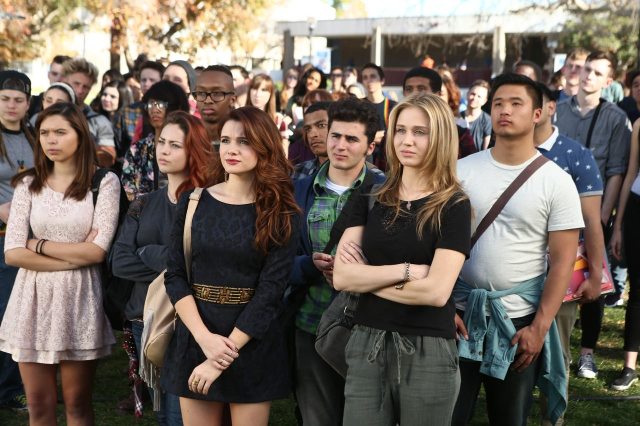 Watching the trailer for “Stonewall”

I wouldn’t rule it out. 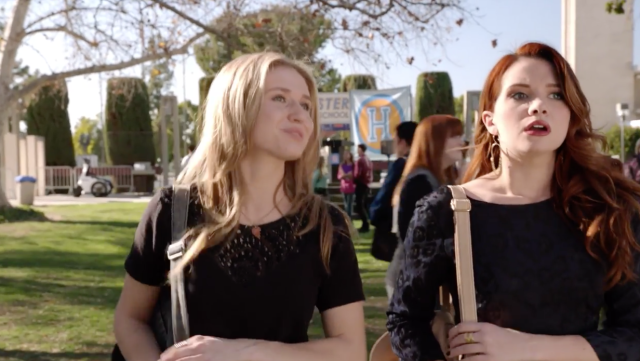 She’d barely recovered from being the Fake Lesbian when her parents’ pot brownie truck got busted and led to a school-wide crackdown on fun. Oops. 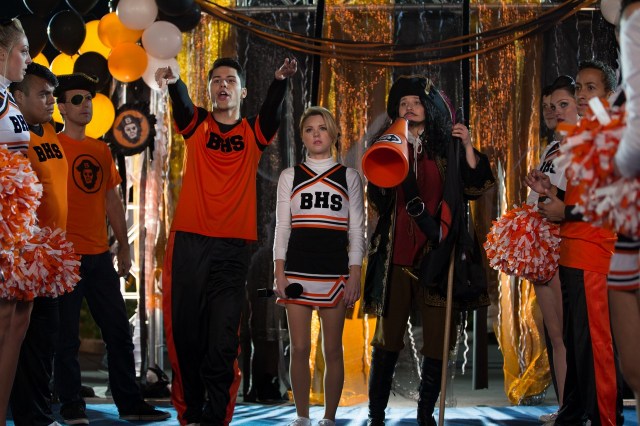 DOES ANYBODY HAVE A SPARE JUNIOR MINT

“Faking It” returns to MTV on August 31st at 9:30 P.M. ET/PT. These are the episode descriptions for the first two of the season: