House Democrats were in an uproar on Thursday when Republicans sneakily scrambled to keep their anti-LGBT bill intact. Republican lawmakers defeated an amendment that would have protected LGBT employees of government contractors from discrimination.

Late Wednesday night, the House passed the National Defense Authorization Act, a $602 billion veterans and military construction spending bill that includes “religious freedom” language — which could potentially allow government contractors to cite religious liberty as grounds for firing or discriminating against LGBT employees. Democrats and some Republicans tried to keep the language out of the NDAA but were unsuccessful. Rep. Sean Patrick Maloney (D-N.Y.), who is openly gay, put up an amendment to nullify the anti-LGBT provision on a different bill. 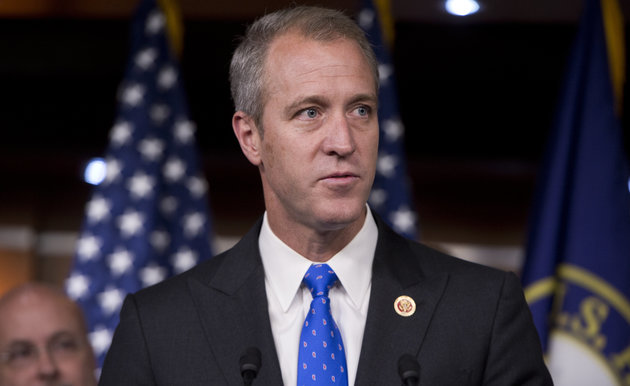 Initially, Maloney’s amendment had enough bipartisan support and “yes” votes to pass the amendment. When the clock ran out, the tally was 217-206. But the vote isn’t officially counted until the gavel comes down. In a seriously devious move, House Republican leaders held the vote open for several more minutes as they urged enough GOP members to flip their votes from “yes” to “no”.

Lawmakers began shouting, “Shame! Shame!” and “regular order!”, meaning the gavel should have come down when the clock ran out. The vote shifted, the gavel came down and the voted ended at 212-213. In the end, seven Republicans switched their votes under pressure from their party.

“House Republicans are so committed to discriminating against LGBT Americans, that they broke regular order to force their members to reverse their votes and support Republicans’ bigotry,” Nancy Pelosi, the House Democratic leader, said in a statement.

You can see the vote breakdown here. Watch the vote unfold below.