As a Black millennial of a certain age, when I hear Miss Cleo’s name, it evokes a very specific nostalgia that immediately calls to mind the image of a seemingly larger than life Black woman in a grainy infomercial with a too-outrageous-to-be-real Jamaican accent. “CYAL ME NOW FUH YUH FREE READING!” To many, she was a punchline. I mean heck, the first thing I did when I realized HBO Max did a documentary on her was to recall the many parodies that she inspired. Featuring commentary from Raven-Symoné, comedian Debra Wilson, and several of Cleo’s closest friends, Call Me Miss Cleo walks us through Miss Cleo’s rise to fame, fall from grace, and eventual embrace of her truest self.

I pressed play expecting that familiar dopamine hit that only nostalgia can deliver, and maybe even some tea about the Psychic Readers Network scandal I knew only vague details about. What I did not anticipate was to be taken on an emotional journey to learn about a Black queer woman who was taken advantage of by the machine that made her a household name; a woman who barely got to live as authentically herself; the woman her friends simply knew as “Cleo”.

Now, if you’ve come to this review with no knowledge of Miss Cleo, let me give you a brief idea of what it was like to watch television in the late 90s. Not only did we have commercials, but we also had infomercials that advertised a variety of products we could call and purchase. Hotlines were a specific kind of infomercial where we could call a 1-800 (or 900) number to get information; the Psychic Readers Network (PRN) was one such hotline. You’d call them up, and get pay-by-the-minute psychic reading. Miss Cleo was a self-proclaimed trained priestess with many ways of divining information. But to the mainstream world, she was a TV tarot card reader and psychic advisor with a bombastic personality. 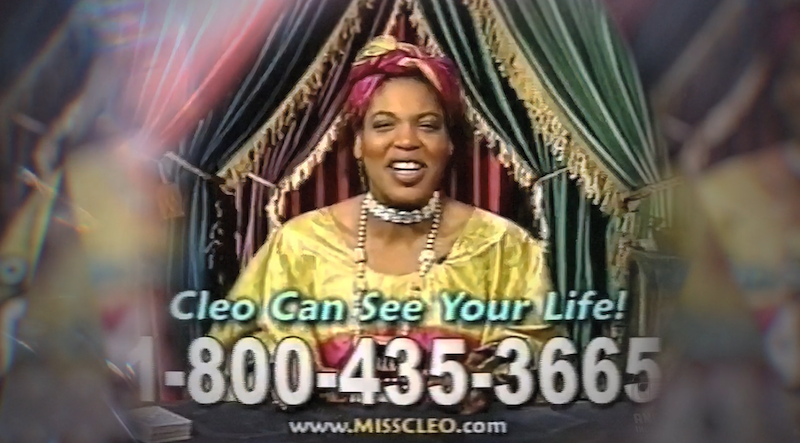 What made Miss Cleo so popular was 1) the casual and open way she spoke to those who called the hotline; she was like your best friend who told you what you needed to hear even if you didn’t want to hear it; and 2) the accent. Call Me Miss Cleo spends a fair amount of time dissecting her accent, theorizing on why she affected it and why it made her seem more trustworthy, and revealing the ways that PRN capitalized on it.

I remember when the scandal about Miss Cleo being a fraud started to come out, and the way it colored my perception of who she was. What I didn’t know at the time, was that that reaction was exactly what those in charge at PRN wanted. They wanted us, the public, to question the morality of this woman rather than look into their corrupt practices. The documentary shines a bright light on how those in power at the network focused on the mystery of Miss Cleo and her heritage in order to paint her as untrustworthy.

I won’t go into all the details of the Psychic Readers Network or the lawsuits or the questionable decisions Cleo made early in her career. You can watch the documentary if that’s what you’re interested in. To me, the most important part, and my favorite part, of Call Me Miss Cleo is its focus on who Cleo was. Not the paperwork that said where she was born or that determined her heritage — but the fact that every single person who speaks about Cleo, speaks about her heart. Her friends and family (almost exclusively of the chosen variety) speak about her kindness. They speak about Cleo the character and Cleo the person; where one ended and the other began. 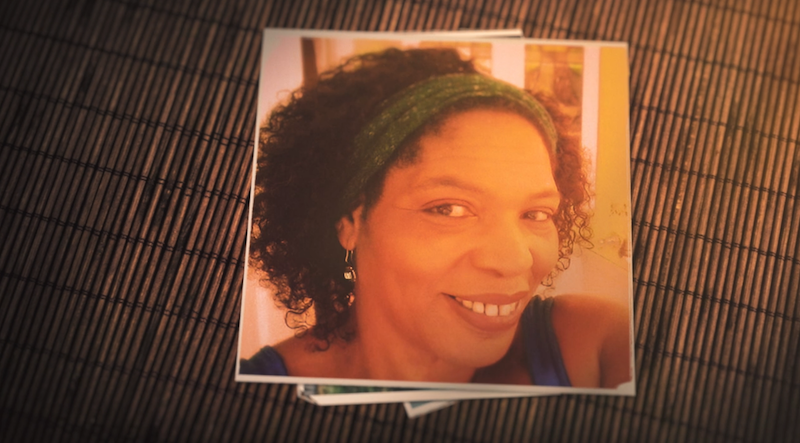 From what she shared with her inner circle, we know she was adopted by a Jamaican family and had 8 or 9 adopted brothers. She often felt awkward about being different and taller than her peers; she was smart and loved learning, but as she got older and started her career, the white folks who signed her checks tried to minimize her education in favor of their bottom line. As a child, Cleo experienced abuse that led to her creating alternate personas as a way of coping with that trauma. In fact, the Miss Cleo character was one that she created when she was writing plays in Seattle in the early 90s.

Those who knew her best, speak of the way she lit up a room just by walking into it. They speak of the lightness Cleo exuded toward the end of her too short life. And through interviews from a separate documentary that Cleo was a part of, we get to hear, in her own words, what it was like for her to embrace her queerness and find community when she was at her lowest. When the PRN lawsuits were settled, Cleo essentially went into hiding. But she soon found a queer coffee shop in Florida that felt like home. She felt purpose in advocating for this community; she understood what it was like to be cast aside and judged. When she came out in 2006, it was like she was free. There’s so much mystery surrounding Miss Cleo’s childhood and upbringing, and I imagine a lot of that was Cleo’s doing as a way to protect herself. But living what ended up being the last 10 years of her life as an out queer Black woman was Cleo at her most authentic. She didn’t have to hide anymore.

Her former partners describe her as a compassionate and deeply feeling person who loved so fiercely. I learned a lot about Youree Dell Cleomili Harris while watching Call Me Miss Cleo; she isn’t the villain that those in charge of the media narrative wanted us to believe. At her core, Cleo wanted to help people; and in spite of the controversies, the jokes, and the accent, she made people feel good. I hope that fact doesn’t get lost in Cleo’s legacy.