Jay-Z announced on his blog Wednesday that he is going to take on a temporary vegan diet (“or,” he wrote, “as I prefer to call it, plant-based!!”) to celebrate his 44th birthday. “P.S.,” he added in the last line. “B is also joining me.” 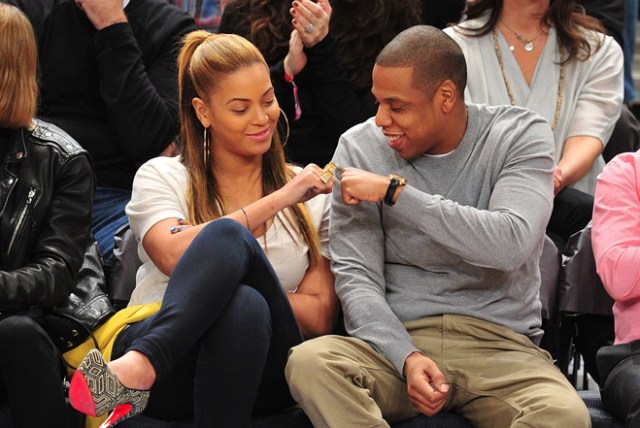 Representatives have yet to reveal whether the move was an attempt to raise awareness about animal and/or human rights issues around the world, increase knowledge about the health benefits of a meat- and animal-product free diet to a unique audience, or make Beyoncé even more attractive to queer women. “This is basically all I’ve wanted all my life,” Rachel Kincaid, Senior Editor of Autostraddle, told me. As early as 2011, she’d tweeted that “bey and jay-z being vegan would be like getting a pony in that i would NEVER ASK FOR ANYTHING ELSE EVER AGAIN.”

Stefanie Schwartz, Music Editor for Autostraddle and The Worst, echoed those sentiments even though they clashed with her own opinions of a “temporary” attempt at veganism as a vegan of ten years. “I wish they explained why they wanted to try out being vegan, like if suddenly they were worried about the ethics of eating animals? Or the environment? Or health?” she told me. “But, I also want to eat tofu rancheros with daiya pepperjack melted on top with Jay-Z and Beyoncé real bad.”

Jay discussed his motivations and reasoning for the decisions in his blog post, and his rationale was multifaceted. He began by discussing the psychological thrill of the exercise:

Psychologists have said it takes 21 days to make or break a habit. On the 22nd day, you’ve found the way.

Additionally, the timing also seemed perfect to the Carters. After all, 22 times 2 is 44, and it feels like one of those nights where they ditch the whole scene, and Christmas is 22 days after the day before Jay’s actual birthday! Some signs can’t be unseen, you know.

Why now? There’s something spiritual to me about it being my 44th birthday and the serendipity behind the number of days in this challenge; 22 (2+2=4) coupled with the fact that the challenge ends on Christmas day…It just feels right!

Jay then offered a final explanation:

So you can call it a spiritual and physical cleanse.

The decision was also credited to 22 Days Nutrition, as well as its founder – “world-renowned exercise physiologist Marco Borges” – in the post. While Jay-Z has committed to posting his progress, 22 Days is partnering to post daily recipes and facts about vegan eating and living. But Jay’s not trying to cook at home. “Any professional vegans out there that have any great food spots please help out!” he asks in the post.

Although Beyoncé and Jay-Z have committed to only 22 days of veganism, their hearts remain open. “I don’t know what happens after Christmas,” Jay writes. “A semi-vegan, a full plant-based diet? Or just a spiritual and physical challenge? We’ll see…”

And I’ll be watching. Not in a creepy way, though.