When Heather Hogan, who assigns most Autostraddle’s film coverage, wondered who would cover Birds of Prey (and the Fantabulous Emancipation of One Harley Quinn) for us, I jumped at the opportunity before she could finish the sentence. I think she assumed it’s because I wanted to cover the big screen debut of the Afro-Latina lesbian DC superhero Renee Montoya. Don’t get me wrong, Rosie Perez is outstanding in the role – but I had my eyes set elsewhere: You see, I love Harley Quinn.

Heather was surprised, “she seems so chaotic evil for someone as lawful good as you!” And it’s true – almost anyone who knows me would describe as a dutiful rule-follower. I want to do good and be good at it.There’s very little I hate more than disappointing people. That’s my whole vibe. But Harley? She’s a nihilist. She’ll watch the world burn, not because she felt a higher calling or purpose about it. No, she’ll literally burn everything  to ashes on a casual whim because she was bored on a Tuesday. And for a goody two-shoes like me? That shit is incredibly freeing. 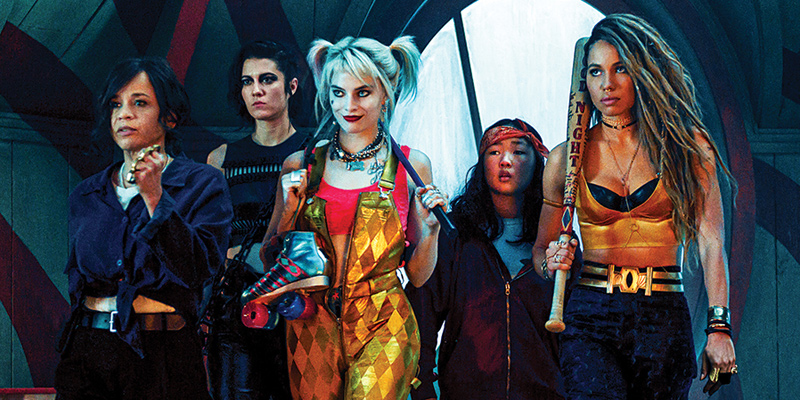 Harley made her first DC Comics appearance in 1992, and when portrayed by Margot Robbie she was obviously the best thing about 2016’s blockbuster Suicide Squad. Of course it made perfect sense to build Suicide Squad’s unofficial spin-off around her, though in the film’s early production, I worried that meant being stuck with another round of Jared Leto’s horrendous take on the Joker. Thankfully, Robbie – who is building nothing short of an impressive producing career of her own, including this film, and should not be messed with – had other plans.

Recruiting rising indie star director Cathy Yan (“Dead Pigs”) for her first major studio film, along with screenwriter Christina Hodson (“Bumblebee”) for the ride, Robbie instead focuses her take on Harley Quinn in the first few weeks after her final breakup with the clown prince of crime. In so many delightfully unexpected ways, Birds of Prey is Harley Quinn’s coming-of-age story, stepping out of the oversized shadow of one of the most infamously rage-filled white men in comics lore – and that’s saying a lot. Drunk on a bender, Harley asks Dinah Lance (also known as Black Canary, played by the always impeccable Jurnee Smollett-Bell), “What is a harlequin without a master?”

Birds of Prey doesn’t hesitate with the answer: Whatever the hell she wants to be.

And if you haven’t heard yet, whatever the hell she wants to be, definitely includes bisexual. Harley has long been bi in the comics, including some special editions that have her dating a similarly famous Batman villainess, Poison Ivy. I don’t want to over hype Harley’s on-screen coming out because the moment itself is small and before the opening title card, but still it’s well worth it. In fact, between Harley and Montoya, there are only two characters who are given romantic backstories in Birds of Prey – and both of them are canonically, on-screen queer! Montoya’s ex-girlfriend is played by Ali Wong, and while she manages to get a few zingers in, given the movie’s excessive frenetic energy, one of my few complaints is that they didn’t make better use of her comedic strengths. Everyone else is refreshingly free of any romance tropes. Instead their characterizations are colored in with what I can only safely and securely describe as BIG ASS “Be Gay, Do Crimes” energy and damn, do I love to see it.

The biggest love story in the entire film is between Harley and her breakfast sandwich, incredibly relatable content to anyone who’s suffered a hangover. Halfway through one of the battles, Black Canary asks for a hair tie. In the same sequence, in between punches, Harley offers that the squad share a pizza. There’s the gay that you know because the movie says it with their words, and there’s the gay you know because you can see it with your eyes. Birds of Prey, with its neon pink and blue hues, glitter bomb grenades, pet hyenas in rhinestone collars, and car chases on roller skates, gives us both. 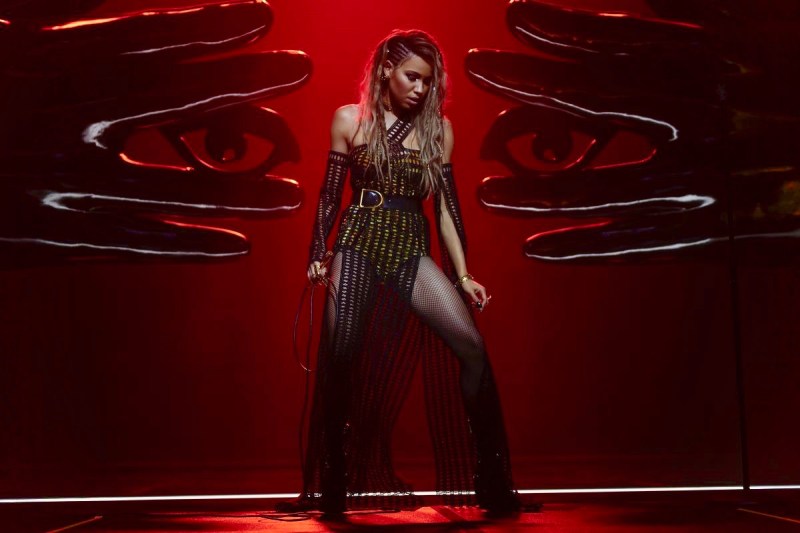 As Detective Renee Montoya, Rosie Perez brings swag to the screen that left me positively weak behind the knees. Her inescapable “Call Me Daddy” aura is complete with her aviator sunglasses and brass knuckles and steel toe boots. She’s done with the men around her who take credit for her work and have driven her to a drinking problem. I’d watch a movie starring Perez’s Montoya and Black Canary at any time. The entire cast is great, and for what’s a relatively thin plot, each character still feels distinctive enough to stand on her own. What makes Black Canary stand out from the pack is Smollett-Bell’s commitment to the small moments – it’s the way she holds her body like a street fighter, the tomboyishness she finds underneath Black Canary’s performative high femme exterior. It’s the single tear that falls from her eyes as she watches the Black Mask force a woman in his club to dance on the table while he rips off her clothes (I warned that the movie got dark; this is worst of its sexual violence). That’s when she ultimately decides to double cross her boss and join the girl gang, already in progress.

Keeping it real, my only significant problem with Birds of Prey is that it takes too long for the women to finally get together on the same side. If I come for a team-up where the women quite literally kick the ass of the men around them, then I expect that to happen before the third act. Luckily each actress dazzles in her own right, so watching them in separate plots ultimately isn’t much of a burden. And the fight scenes throughout are part of where Yan excels, full of staggering, close up hand-to-hand combat that’s beautifully shot and focused within the over the top glimmering chaos surrounding it; an attention to detailed choreography all too missing in most modern superhero stories.

I could try and explain the rest of the plot, but really there’s no point. Birds of Prey zigs and zags, criss-crossing timelines at a dizzying pace, with very little consequence. It’s probably best watched with your eyes a bit glazed over. That’s not to say the movie isn’t smart! Only that its intelligence is instinctual instead of plotted. It’s Kill Bill by way of Deadpool with more than enough Tank Girl to spare – written, directed, produced and starring women, for women. An irate, sparkle laden, middle finger in the air to a society that otherwise cowers to the angry whims of men and the glittery gay misandrist comic book movie that we more than deserve. Who the hell wouldn’t sign up for that?