As a child raised on a steady diet of Lunchables and Days of Our Lives, I have a real taste for garbage. Also, as an adult who has somehow managed to make a career out of watching television, I am scarcely surprised by TV anymore. Especially not the bad stuff that happens to LGBTQ+ people. Buried lesbian? Obviously. Evil bisexual? Of course. Predatory trans woman? Sure thing, pal. But! By some miracle! Fox’s primetime soap Monarch, the story of Country Music’s First Family, has satiated by desire for trash while also shocking me to the point of literally gasping multiple times. This week’s episode, “About Last Night,” had me reeling like a sexy baby who’s never seen a TV show in her entire life. The best part? I though Beth Ditto’s lesbian country star, GiGi Roman, was going to get murdered — but instead she pulled a full “Goodbye, Earl!”

The first eight episodes of Monarch set up a big murder reveal. Every episode has been bookended by Nicky Roman and her dad, Albie Roman aka the Texas Truthteller, beating the hell out of someone, shooting them, burying them in the woods, and then returning home to burn all the evidence. I’m not exactly sure why they’re working so hard to conceal their crime. The show kicks off with Nicky helping her mom, Dottie Roman aka Susan Sarandon, take a bunch of Percocet so she can die by suicide instead of cancer. It seems like it’s going be a problem, of course, but the Romans are buddies with the District Attorney so they ask him to overlook it, and he’s like, “Absolutely, besties!” And that’s that. But this week, we get a whole new murder. THE murder the show’s been teasing all season. 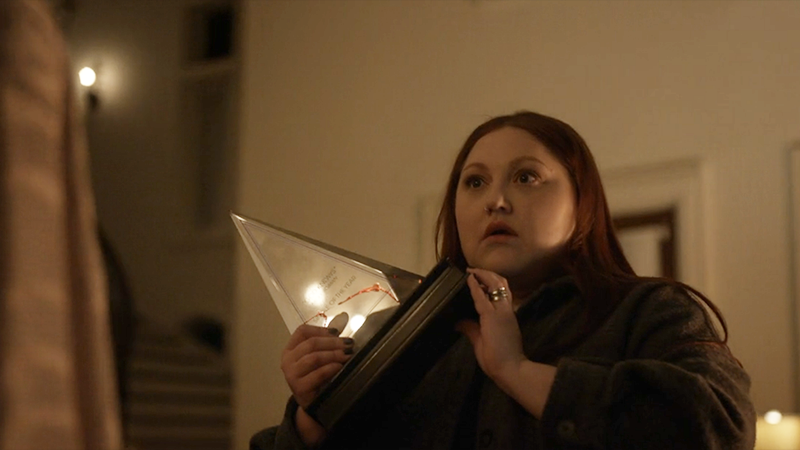 Those black-eyed peas? They tasted alright to me, Earl. 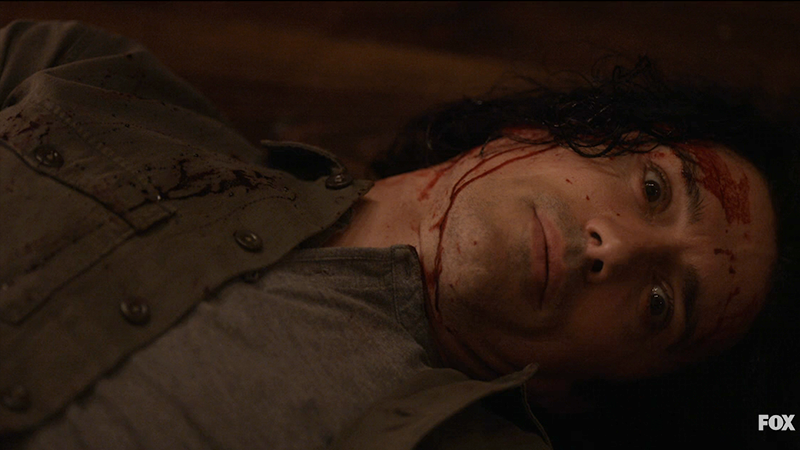 Why don’t you lay down and sleep, Earl.

Nicky’s got this philandering British actor husband named Clive who kind of hates her and also their kids. She wants a divorce and that’s fine, but he wants her to keep paying for his lavish lifestyle of hotel-living and daily massages. And well, she has had enough. So he shows up at their house in the middle of the night to try to win her back, because he’s broke. When she isn’t charmed by his drunken pleading or his wilting apology flowers, he decides he’ll just kill her instead. He smacks her across the head and then proceeds to choke her against the wall. She’s trying to fight him off, trying to breathe, trying to get him to snap out of his manic rage — and then! Out of nowhere! Gigi flies into the frame and wallops Clive over the head with Nicky’s freshly won Best Country Single Award. Blood all over the fireplace, all over Nicky, all over the trophy, and Gigi just a-smilin’. She grew up inside of country music. She knows what cheatin’, beatin’ men deserve and it’s to be smashed dead dead dead.

What happens next is too convoluted to properly explain, but the gist is that: Albie ends up shooting Clive about 30 times with the kind of shotgun that explodes things, buries him, and then someone steals the body while he’s turned around looking the other way?? We don’t know who or why. Maybe Clive pulled an Alison DiLaurentis and just held his breath in the grave until he could dig his way out? It doesn’t matter. The point is: The lesbian did not die! Instead, she became the kind of country music woman of legend that is the backbone of the entire genre!

She doesn’t know her wife is pregnant with her brother’s baby — but, for now, everything’s coming up Gigi.

Heather has written 1488 articles for us.