Cody Renegar, 35, and his fiancé Thomas Staed, 28, wanted what a lot of engaged folks want: a traditional engagement announcement in the local paper for their mother’s friend’s cousin’s neighbor to ooh and ahh over and whisper under her breath, “They’re a little young, don’tcha think?” Renegar and Staed are planning a 200 person wedding for June, and their announcement was an important milestone for them along the way. “There’s a certain amount of validation that comes with putting it in the paper,” said Renegar. “You know, you grow up with that, you see this, you love to look at these beautiful photos of couples.” When Renegar called to place the announcement in the local paper, the Northwest Arkansas Times (parent company: Arkansas Democrat Gazette) informed him that they would not be willing to run it. Renegar was told that the paper only publishes announcements for marriages that are legally recognized by the state of Arkansas, i.e. no gays allowed. 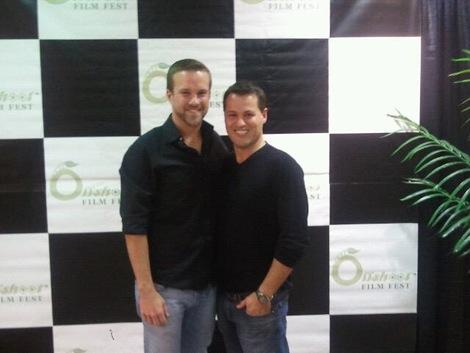 Renegar told Yahoo! News, “I called the newspaper and asked how I can submit our announcement for publication. I was told that they won’t publish them until it’s legal.” Editor and publisher Rusty Turner responded that he didn’t know of Renegar’s specific request, but told Yahoo! News, “We run announcements for marriages that are legally recognized in Arkansas,” Turner said. “It is a long-established policy of the newspaper.”

Renegar responded, “It’s not a law for it not to be put in the paper, it’s a choice of theirs, it felt to me like they were making a stance. Whether they were or not I don’t know.” Though the Times is free to publish what they like, their legality argument would have made a lot more sense if the couple was trying to run a wedding announcement as opposed to an engagement announcement (the paper runs both). Requiring legal standing for an engagement is completely nonsensical as, legally, Being Engaged means about as much as Going Steady or Just Hanging Out. Most major newspapers seem to agree that legality of same-sex marriages is irrelevant to the publication of ceremony announcements. The three largest circulating Sunday papers that print wedding announcements, the LA Times, the New York Times and even the sometimes conservative Washington Post all run same-sex engagement/wedding announcements. So does the Boston Globe which is special because I live in Boston. 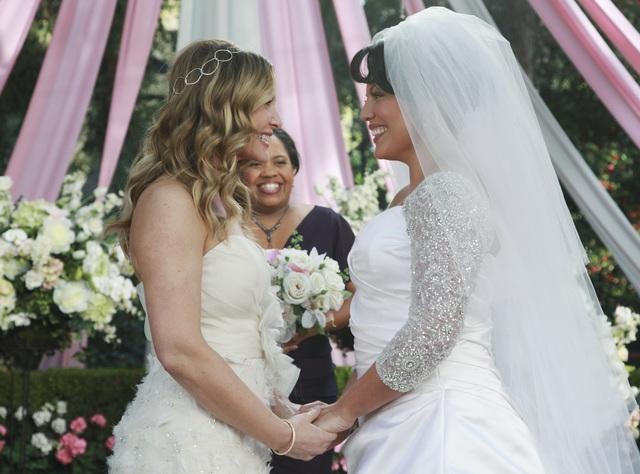 WHO WOULDN'T WANT THIS ADORABLENESS IN THEIR NEWSPAPER?

Regardless of major newspapers’ decisions, same-sex wedding announcements continue to be an issue in smaller circulation papers. In November, 2010 Mark Reed-Walkup and Dante Walkup of Irving filed a discrimination complaint against the Dallas Morning News (whose circulation rate is at about 43% of the New York Times‘), stating that the paper’s refusal to print an announcement of their Washington, D.C. wedding violated a city discrimination ordinance. The paper initially planned to defend itself, but in July 2011, they changed their policy and published the Walkup’s announcement because, according to the Dallas Morning News Publisher James M. Moroney III, “When you do the right thing, you just do the right thing.”

Similar situations, where the publishers initially refused same-sex engagement announcements but later changed their policy, occurred at the Omaha World-Herald and Kansas City Star. On the other side of things we find New Hampshire Union Leader who responded to same-sex wedding announcement requests by vehemently stating that they will never in a million billion years post an announcement for the gays.

Back in Arkansas, Renegar and Staed’s community rallied in support for the couple. A local burger chain has pulled their ads from the paper and a change.org petition started by their friends has already accrued 2,245 signatures at the time of this article. Additionally, a different newspaper, the Arkansas Times has said, though they only occasionally run wedding announcements, they have done so for gay couples in the past and would be happy to run Renegar and Staed’s piece. “You want to be recognized as a taxpayer, as a human being, as a person in love,” Renegar explained. “It’s not that complicated for them to print a picture of people in love.”