This week’s episode of And Just Like That, “Some of My Best Friends,” is very hard to watch! The title, of course, is a not-so-subtle nod to “I can’t be racist, some of my best friends are Black.” And all three storylines are about these three very rich, very white women trying to become friends with women of color. It was written by the wildly accomplished Black journalist Keli Goff, who won both an NAACP Image Award and a News & Documentary Emmy before joining this creative team as a writer and producer (she’s also a writer on that new Kate McKinnon mini-series adaptation of Tiger King). Goff is an NYU and Columbia alum, so I feel pretty sure she’s drawing from a lot of her own experiences here in NYC’s white WASP-y circles. But geezus, it’s 42 minutes of cringe! Which maybe is the point! 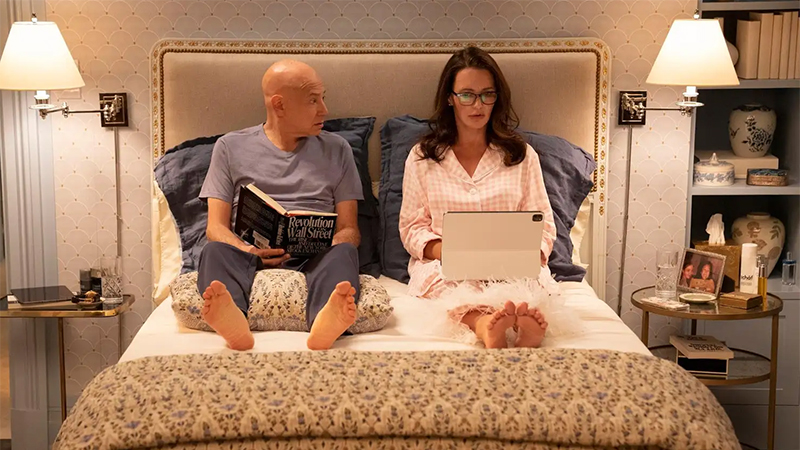 Be quiet, Harry, I’m trying to do a tweet about how Stacey Abrams is gonna save democracy single-handedly with zero help from me.

Charlotte wants to become friends with Lisa Todd Wexley, so she decides to have her over for a dinner party, but then realizes if she does that, the Wexleys will be the only Black couple in the mix because Charlotte literally doesn’t have any other Black friends. She tries to invite some of the few POC in her peripheral social circles, including a neighbor and another mom from whatever it is private school people call the PTA. She ends up having to cancel, but does get an invite to a dinner party at the Wexleys… where she and Harry are the only white couple.

The first thing Charlotte does is mistake a Black woman for a completely different Black woman, just as Harry’s blurting out, “Did anyone read the new Zadie Smith novel?” Charlotte later monologues at Lisa’s mother-in-law about Black art, while Harry yells “I love Michelle Obama!” in the background. I guess if you watched Charlotte’s conversion to Judaism, this makes at least a little bit of sense, just in terms of her all-in personality and general well-meaning awkwardness. But eesh. They’re acting like Black people just suddenly showed up in New York City, like it’s Rosewood, Pennsylvania or something. (Stay out of the lighthouse, Lisa Todd Wexley!) 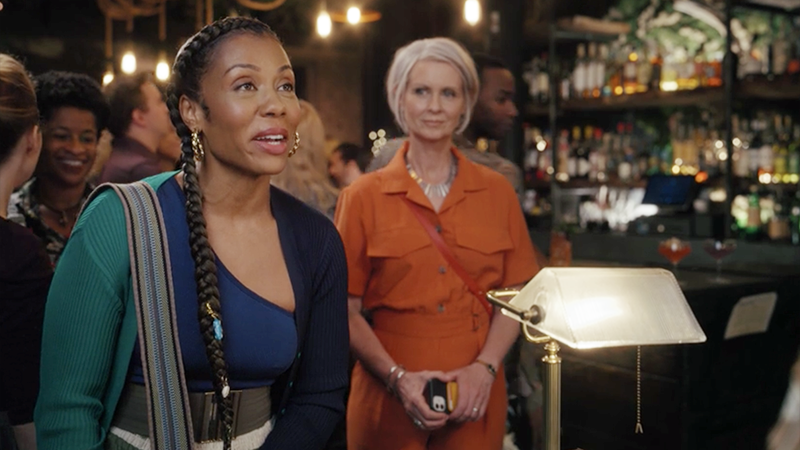 Be honest, is the white women behind me doing the Wakanda Forever thing with her arms right now?

Miranda goes on a dinner date with her law professor, Dr. Nya Wallace, which doesn’t make too much sense. They talk about being lawyers, wives, moms, the myth of having it all — and the whole time they keep calling each other “judge” and “counselor” and “is that your closing argument,” etc. which is how Kalinda and Alicia flirt with each other in The Good Wife fan fiction, so that was all right with me. My main takeaway from their dinner — besides that yes we get it Miranda has a drinking problem — is that Miranda needs one of those shrines from the witch’s hut in Stardew Valley where she can turn her kid into a dove and erase herself from her husband’s memory. Carrie may be the one who lost a spouse, but Miranda is depressed as hell!

Carrie’s new friend makes some sense. Her name is Seema and she’s one of those luxury real estate brokers who are so wealthy and charming and no-bullshit and gorgeous that they get their own shows on TLC. She’s gonna sell Carrie and Big’s apartment, so Carrie can move out of this haunted place and into her old place where only the coffee maker is possessed. First of all, though, she’s gotta paint the whole apartment beige and make all the furniture white and basically erase any sign of Carrie and Big’s personalities so new rich people can project their personalities onto the space. She and Carrie bond over being fashionable women in their 50s, but Carrie sours things when she patronizes Seema about “good for you for still putting yourself out there” re: datings apps. Seema calls her out on it, tells her she’s sorry she lost her husband — but she doesn’t feel sorry for her, because she at least found a great love in her life. Carrie agrees and they share some sushi. 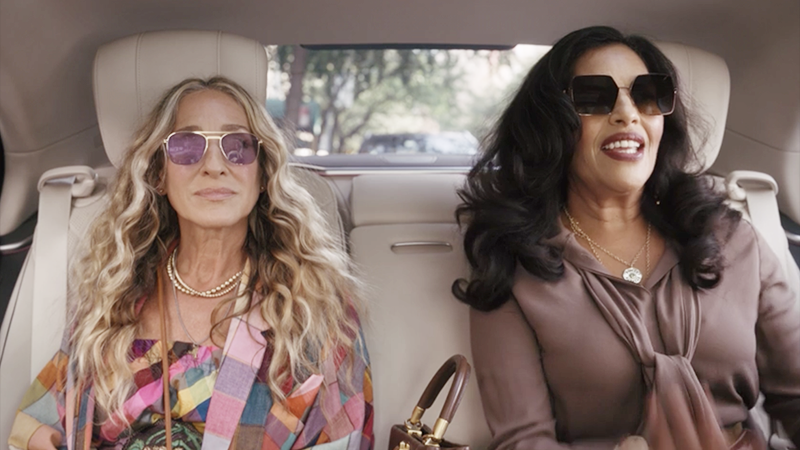 Carrie does have a couple of great moments this week: first, wearing a white tulle skirt to the bodega in a nod to the original series’ opening credits; and second, putting Big’s ashes in a Barney’s bag to carry them to her new/old place.

Sadly, Che’s only in “Some of My Best Friends”  for about two minutes. But they’re a hoot! The best part of the episode! The social media manager for “X, Y, and Me” meets with the team and tells them they suck, and Carrie, especially, has got to get her shit together. She hasn’t put anything up on Instagram in three weeks; it’s like “a corpse!” And then: “Carrie, girl, I’m sorry for your loss — get your social’s up!” Che says they would have for sure played the death card in that scenario, but Carrie says she’s saving it for when she starts getting pushed to get back on Twitter. Which: FAIR! 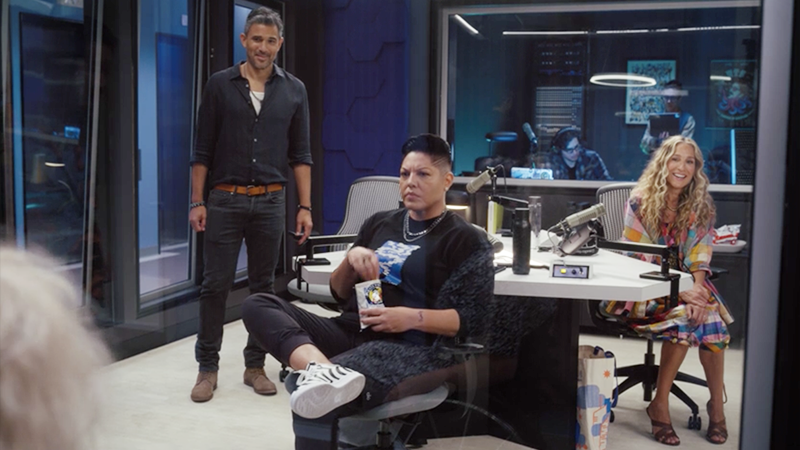 I wonder if there’s still tickets to the Liberty game tonight.

The other very bizarre thing about this episode is that Stanford moves to Tokyo with the TikTok star he’s managing, and does so with a goodbye note to Carrie and goodbye divorce papers for Marcus. Willie Garson passed away while filming this season, and dang, man, he deserved a better send-off. It’s especially a bummer juxtaposed with Chris Noth’s goodbye, what with sexual assault allegations against him (finally) making waves. (Cynthia Nixon, Sarah Jessica Parker, and Kristin Davis have responded to the sexual allegations, standing with the women who have come forward.)

Next week: Che and Miranda are making eyes at each other, at the very least. Hopefully also the other appliances in Carrie’s apartment start coming to life.