I didn’t have sex for the first time until after college. It’s not that I “waited,” necessarily; it just kind of never happened. I had come out and even dated in high school, despite growing up in a fairly conservative area, but never felt comfortable enough to go that far (probably because of said conservative surroundings). Assuming college would be a queer utopia with plenty of opportunities, I never thought much about it — and then bam, suddenly I had that bachelor’s degree, but still no sexual experience.

I was between what sociologist Lisa Wade would call an “abstainer” (someone who steers clear of the college hookup scene altogether) and a “striver” (someone who’d hook up if given the chance, but hasn’t had that chance). Even though I was ambivalent, I still assumed that sex — and the intentionally ambiguous, could-be-anything-but-always-casual “hooking up” —  was happening all around me, to everybody but me. That assumption drives Wade’s new book American Hookup: The New Culture of Sex on Campus. Full disclosure that while we are not related, Wade was one of my professors in undergrad. So I speak from experience when I say this book feels like your favorite college course: a badass professor asking you to explore why things are the way they are, and what can be done to make them better. 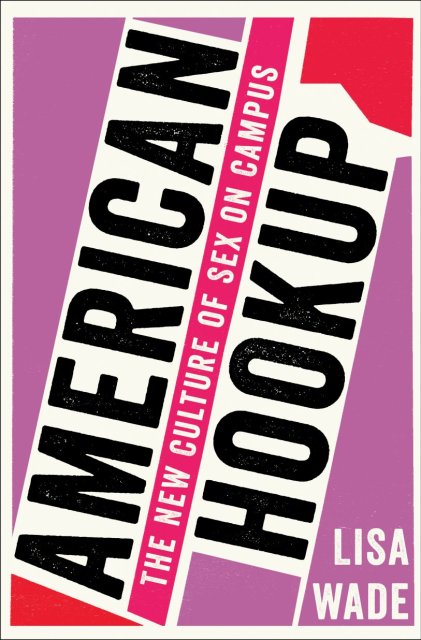 First-person accounts lead the way through American Hookup, thanks to student journals Wade collected as part of courses she taught between 2010 and 2015. Letting your professor behind the curtain of your sex life is no small feat, and the result is a far more nuanced evaluation of hooking up than the hot take of “it’s ruined this generation forever.” Wade isn’t here to sound the moral alarm; she’s interested in how hookup culture, and the mythology around it, came to dominate college life.

Ultimately her book is about the stories we tell ourselves — what we believe about sex and sexuality and why, especially when the numbers say something different. That’s what blew my mind most: how starkly the students’ ideas about hooking up clash with the raw data about it. Turns out there isn’t as much sex on campus as we like to think, regardless of whether hookup culture works in your favor or not. But the culture has a powerful mystique, strict rules, and long historical trajectory that make it hard to dismiss once you’re in it. Wade traces hookup culture’s development from the Industrial Revolution to Victorian love ideals through the Roaring Twenties to pre-AIDS “gay liberation” and beyond, reminding us that this particular sexual story didn’t magically appear when Tinder went live. Crucially, she also examines hookup culture’s relationship to sexual assault, and warns that one can (and often does) enable the other. Her description of rape culture is one of the most effective and succinct I’ve ever seen.

As a queer person writing for a queer publication, I do wish American Hookup was a little queerer — a desire, incidentally, that many of Wade’s students express about hookup culture itself — and less binary in its language. But the queer students who show up have some of the most compelling stories and happiest endings in the book. (My favorites were the woman who went from identifying as straight and “not believing in bisexuality” to having a girlfriend, and the one who fulfilled her destiny by finding queer community through intramural softball.) There’s a lot to chew on here regardless of your gender or orientation — though it did make me extremely glad to not be in college anymore. It is, evidently, a jungle out there.

And of course, there’s our current political climate to consider. This book is a must for college students, sex nerds, and activists alike —  especially if your Trump resistance involves sex education, sexual assault prevention, or reproductive rights. Wade uses her students’ stories to illustrate how we talk about sex right now (for good and for ill), but also to show us all the different, more egalitarian and pleasurable places we can go from here. So put her on your revolution reading list. Because with an actively anti-queer, misogynistic administration just around the corner, we need to start thinking about what kinds of sexual cultures we want to create and protect.