There’s no point in fooling you! I am not Laneia, your regular writer for this round up. HOWEVER I AM CARMEN AND I HAVE A TON OF GREAT LINKS FOR YOU!

Hi there, friend! Let’s get down to it!

HOW DOES THIS ASSHOLE STILL HAVE A BLOCKBUSTER CAREER? HOW IS HE NOT IN JAIL ALREADY?? Amber Heard Has Filed New Allegations That Johnny Depp Abused Her During Drug-Fueled Rages

From Jezebel – Women’s Media Is Thinning and We’re Worse Off For It. This article raises a lot of important points, but I’m hesitant to recommend it without the following disclaimer: Any article that’s talking about the current state of women’s online media and is not talking about Autostraddle or Bitch Media should be read with a critical eye. Therefore, I also seriously recommend reading Bitch’s Community Director Soraya Membreno’s take on this piece.

Speaking of Bitch Media, can I have a quick moment to celebrate this exciting news from our very own KaeLyn Rich??

OMG Y’all! This year’s Time 100 Most Influential List came out and it is heckin’ gay! 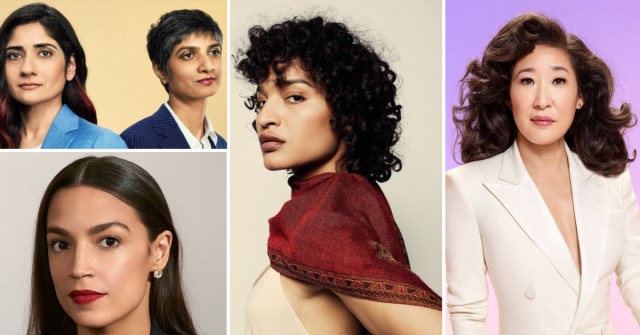 Secrecy, Self-Dealing, and Greed at the N.R.A. Oh hey, while we are here anyway getting all depressed about guns – this weekend (April 20th to be exact) will mark the twentieth anniversary of the Columbine High School shooting. If you want to do some reflecting on that fact, can I recommend these pieces?

+ The Children of the Children of Columbine: Twenty years after the shooting at Columbine High School, some survivors — now parents themselves — are figuring out how to talk to their kids about lockdown drills and living with PTSD in a time of constant school shootings.

+ College Is Different for the School-Shooting Generation (This piece is actually from November, but it’s heartbreaking relevant to this moment so I’m including it anyway)

Sex Work Is Work — And in the UK, Its Laborers Are Officially Unionizing

For nostalgia – M.A.C’s Viva Glam Lipstick Turned 25 and someone just took out a hit on your favorite middle school sandals, Just Say No to These Steve Madden Platforms

🐝 Saw This, Thought of You SPECIAL EDITION: Beyoncé Homecoming 🐝

Shhhh! Don’t tell Laneia! I’m a card-carrying member of the Hive and I’m using my privilege as editor to go a little rogue with a takeover. Queen Bey would approve. 👑

From Vulture: The Best Moments From Beyoncé’s Homecoming Presented in 17 Perfect GIFs and We’ll Revisit Beyoncé’s Coachella Performance for the Rest of Our Lives

This is A MOOD: I Can’t Work Because of Beyoncé’s Netflix Documentary

This, too: Beyoncé’s Black-Intellectual ‘Homecoming’

And for those of you with Apple Music, click here. You probably know this by now, but you can watch the documentary on Netflix.

As you’re reading this, the Mueller report is being released to congress. It’s going to be one of the main discussion points of political news media for the next few days. If you’re looking to keep up, here’s an explainer: The Mueller Encyclopedia

Gay mayor Pete Buttigieg announced over the weekend that he is officially running for President. Rachel Maddow interviewed him this week, and in particular her question about his coming out story is incredibly thoughtful and worth a listen:

Finally, let’s start this weekend with the most stunning, beautiful and optimistic seven minutes you can find on a Thursday. Have you seen it yet? On the Green Deal and A Message From the Future With Alexandria Ocasio-Cortez (illustrated by Molly Crabapple)