Cheers to the freakin’ weekend and I’ll drink (nonalcoholic beverages) to that.

We made it through the week, ya’ll, and that’s deserving of a damn celebration. Or a nap. Whatever feels right to you. I hope at some point this week you found time for a little self care, even if that was allowing yourself to lay in bed all day. Or allowing yourself to go to bed early. Or staying out late with friends. Or sitting in the sunshine for a bit. Or going to a vigil. Or not going to a vigil. Or eating a whole pizza. Or snuggling your cat/dog/turtle. Or whatever you did to just be.

My self care plan for the weekend is binging OITNB as soon as I get home today, seeing friends and family, and making a big batch of tacos. What’s yours?

Here’s some fresh links to hold you through the weekend.

+ Politics! Friendship! MMA! Social uprising! Help complete issues 4 and 5 of The Campaigners! Check out those sweet perks, including a shoutout on twitter, a consultation on a trans character or storyline, or a bad-art sketch from Editor and Trans Consultant and total badass babe, Mey Valdivia Rude! 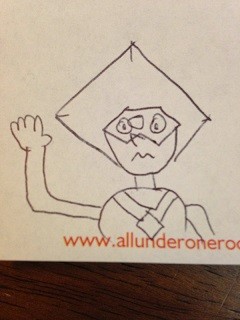 This Mey Rude original could be yours for just a $20 donation!

+ Equality Florida has surpassed their stretch goal of $5 million in donations for the victims’ families, survivors, and those in need of support directly affected by the shooting. They are working to get funds to folks who need them as quickly as possible. You can still donate to help them reach their new goal of $7 million.

+ Devan Diaz wants to take your picture if you’re a woman or fem presenting person in or passing through NYC for a project exploring resiliency, fashion, and strength against street harassment and assault. Contact Devan if you’re interested!

+ #QueerSelfLove Is the Empowerment and Community We Need. Some familiar (adorable) faces in this gallery.

+ Her Grandson Was Killed in Orlando. What These Passengers Did On Her Flight to His Funeral? TEARS! It’s true. I cried. Get your tissues ready.

+ How a Transgender Woman Could Get Pregnant.

+ This Is What “Queer” Means!
“To be queer is to know tragedy in your bones. It is woven into the fabric of our history.”

+ Ellen DeGeneres Says “Finding Dory” Will Have a Transgender Stingray. This seems like not at all the kind of representation we need, but OK.

+ 17 UN Envoys Vow to Fight for LGBT Rights Around the World.

+ LGBT Groups to Trump: No Thanks. Pretty much.

+ In China, Feminism is Growing—and So is the Backlash.

+ Michelle Obama’s Advice to Men at United State of Women Summit: “Be Better”.

+ “Fearless, Stoic and Attractive”: A History of the State-Sanctioned Russian Woman.

+ The Top 5 Feminist Conspiracies (According to Our Trolls). Put on your tin foil hat.

+ Immigration Raids Are Targeting People with Valid Asylum Claims, According to a New Report.

+ Microsoft is Getting into the Marijuana Business.

+ Here’s a video of Buddy the Rescue Dog playing fetch with himself and being really excited about it because we all need 30 uninterrupted seconds of cuteness in our life right now.