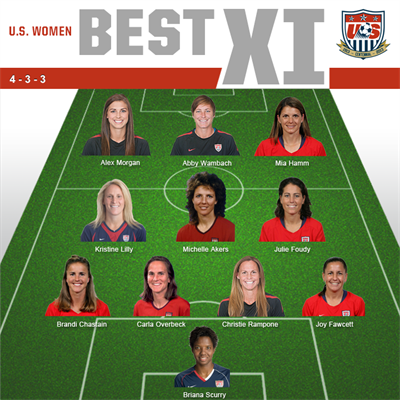 Two other active players join Wambach on the Best XI in Christie Rampone and Alex Morgan, the youngest selection. Out midfielder, Megan Rapinoe earned six votes. Take solace knowing it would have been a different story had they done best hair.

In addition to making the team, Wambach’s 2011 goal against Brazil in the FIFA Women’s World Cup quarterfinal match was voted the best moment in U.S. Soccer history which automatically makes it the best moment in gay sports history.