2 in the Bush is a funny, warm, and daring love story (with an incredibly memorable title) about a woman who embarks on a journey away from heartbreak and toward a better understanding of herself. Emily is a young assistant to a megalomaniac documentary filmmaker with a fish named Archimedes. By day, she is made to meet his every need and outrageous whim. At night, she comes home to a relationship that has lost intimacy and its ability to survive. After discovering her partner is cheating on her, getting dumped and kicked out on the same day, Emily has no other choice but to start over. With the help of her best friend Rosa, she gets a job as an assistant to a dominatrix; older and more self-assured Nikki.

Emily is an awkward, wry woman that seems to buoy off of her life’s misfortunes with no determined direction. After getting broken up with, she crashes on Rosa’s couch eating cereal for weeks. When her boss, Kenneth, plans a surprise trip across the world to shoot a documentary, she steals his fish and invests herself in cooking shows instead of finding a new job. The film’s creator, Laura Madalinski, says many of Emily’s attributes were based on her own life.

“The character of Emily is pretty much inspired by me and my own life and my experiences. So yeah, that’s pretty much how I started off was like taking a creative license and fictionalizing certain stories that I had from my life that yeah, all of the awkwardness and the weird kind of mannerisms. It was really funny cause like the actress Sarah Mitchell, she hadn’t really spent that much time with me and just like I was blown away by how she just seems so incredibly awkward and everything.”

Many of Emily’s quirks come from Laura and her co-writer Kelly Haas’s experiences. They both identify as bisexual women and found it important to create a character that was bisexual and incredibly proud of that.

“I came out when I was 15 in high school like right after Ellen Degeneres kissed a woman on TV for the first time ever, so you know, it was not easy. I got a lot of flack for it. I would date women, I would date men. I would date everybody” Laura said, with Kelly adding that:

The film is delightfully funny. One of the films funniest moments is watching as Emily bumbles through trying to clean the many accouterments of the dungeon, including a slippery glass dildo. Some of the moments where it really shines are the examination of the friendship between Rosa and Emily. They start the film resolving an old tension after Emily gets kicked out and needs a place to stay. They take turns making each other food and joining each other for baths. For me, this is the movie’s central love story; the love between two friends who have forgiven each other. Though it was not portrayed fully on-screen, the rift between them was caused by Emily’s ex-girlfriend,

“You know, the character of Nikki is inspired by a woman I used to date. I checked in with her and [throughout] the course of that relationship, learned a lot about her experiences being a dominatrix and came to her with the script and had her read it and was just like, you know, are you cool with all of this? Did I do a good job? She was on board 100%. I, unfortunately, can’t tell you who she is because of SESTA/FOSTA, they both suck, so I can’t, she like definitely doesn’t want to be out. So I’ve done a really good job and we’ve both done a really good job of protecting her identity.”

Many sex workers from the Chicago area were consulted and some even made cameos in the movie, including Lady Sophia who wants you to know about a little service called chicagodungeonrentals.com, which was used to shoot the dungeon featured in the film. The culmination of all of Emily’s efforts is a documentary about the treatment of sex workers nationally that features real sex workers.

In addition to a diverse cast, the creators s of the film made sure to have to crew that was equally diverse. Boasting 75% of their crew being women, LGBTQ, or people of color. Everyone who worked on the film was paid, and the creators used Free Spirit Media, a local organization that provides youth from communities of color the unique experience of working in production on creative projects.

Luckily for all of us, no gays were harmed in the making of this film, the creators of the film were dead set on making sure that their project subverted many of the tropes that come along with gay movies. Untimely deaths, lesbian bed death, a creepy heterosexual polyamorous couple; you won’t find it here. Instead, the film takes the approach of exploring the many different loves we have in our lives: our partners, our friends, ourselves. Emily’s transformation throughout the film is a testimony to not letting loss and fear hold you back. For weeks after her breakup, Emily stares at boxes of her things that her ex-girlfriend left for her. The boxes are an ever-present reminder of the life she was pushed out of, the one she still isn’t ready to let go of. Moving through those boxes allowed her to unpack the weight of her grief, sort through it, keep what she needed, and move on from everything she did not. This is a process many of us LBGTQ people go through, from the minute we come out to getting our hearts broken for the first time. There seems to be a never-ending cycle of processing and growth, all for the better.

Emily’s full documentary is available to watch online and the film is streaming on Amazon, Apple TV, Vimeo, and other streaming platforms. 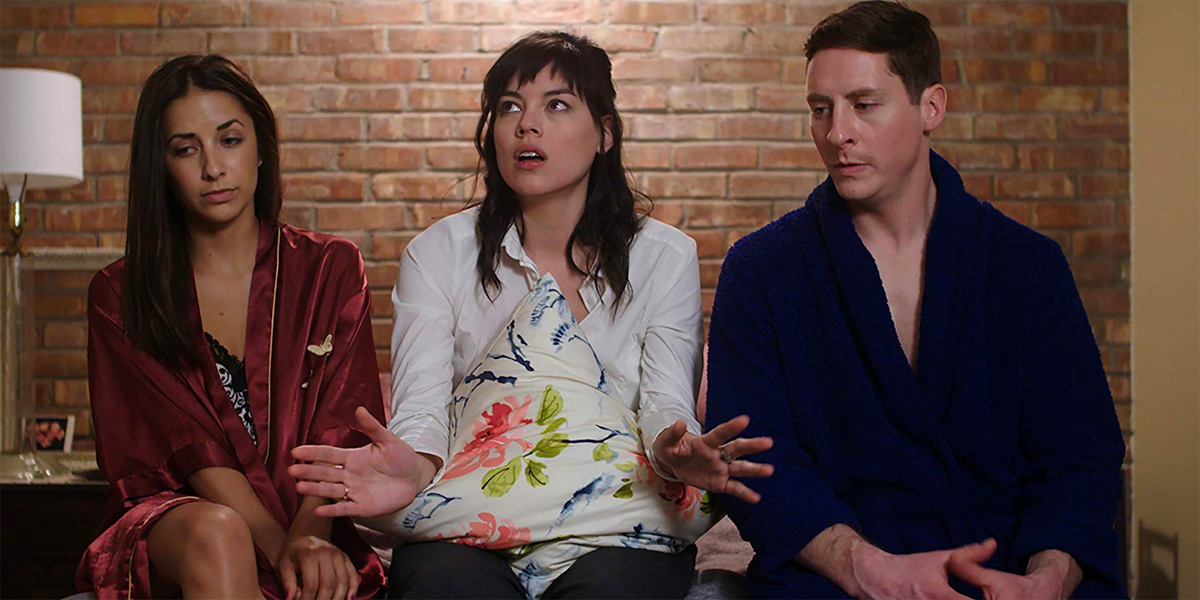 Dani has written 106 articles for us.