When I got into Empire earlier this year, I was fascinated to learn that L Word executive Svengali Ilene Chaiken was at the helm – mostly because unlike most of The L Word and the entirety of The Real L Word, this show was actually good. I greedily inhaled the entire first season in about two days, and hated myself a little for how much I loved “Drip Drop.” The show was crazy melodramatic, but kept the intrigue level high; I rooted for Jamal and fell deeply in love with Cookie. I couldn’t wait for the story to pick up this fall; if season one was this amazing, the next season would be even better!

Sadly, this was not the case. Reviews of season two have not been kind – the show has fumbled its attempts at political relevance, the storylines are convoluted and make little sense, and some characters appear to have switched personalities overnight. Sound familiar to anyone? All of the problems viewers had with The L Word after its impressive Season One are beginning to manifest themselves in Empire, which is disappointing but seems inevitable. From Anika’s constantly switching personality and Jamal’s dark turn to Mimi Whiteman (a perfect amalgamation of  Dawn Denbo, Season Two-era Helena Peabody and Helena’s terrible poker girlfriend), this show has Chaiken’s fingerprints all over it. As far as I can tell, we’re just a few episodes away from Max Sweeney’s Willy Wonka-themed baby shower.

So where do we go from here? Can the Lyons survive the Chaiken curse, or are they doomed to live out the rest of their days playing weekend shows at The Planet?

We’ve taken the time to compile some possible scenarios that the writers of Empire might consider.

1. Now that Vernon is out of the picture, DA Ford starts threatening Lucious with a new star witness — Jenny Schecter. Lucious cackles and evilly twirls his mustache like Snidely Whiplash, then fires his crooked lawyer in favor of Joyce Wischnia. Obviously Joyce flirts shamelessly with Cookie, who eats it up with a spoon.

2. Struck by a sudden burst of inspiration, Lucious decides to produce an album with fellow Philadelphia native and R&B legend Kit Porter. He’s particularly enthusiastic about recording Kit’s legendary ode to menopause, which he thinks will be a big hit on Apex Radio. Kit has known the Lyon family since waaaaayyy back and is a totally weird aunt to the boys. She can’t figure out how to use her iPhone, but Jamal offers to teach her how to set up her email because he’s a pretty nice guy. At some point, the attention Lucious is paying to Kit pisses off Cookie, so she looks up Ivan Aycock and signs him in an attempt to steal Kit’s limelight. Shenanigans ensue. 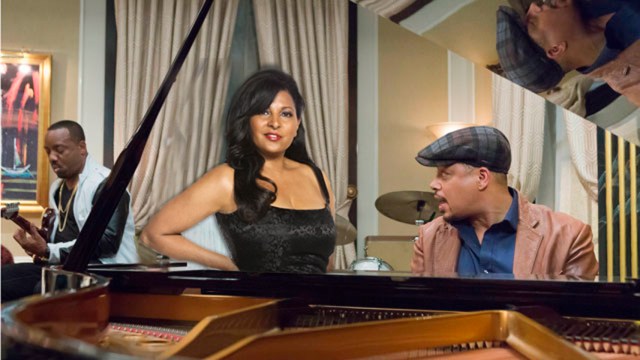 3. Hakeem and Papi run into each other at Leviticus. They’re both wearing the same outfit, and it’s mega awkward. After they size each other up for roughly half an episode, Hakeem buys Papi a beer, hits on her a little and ultimately tries to recruit her for Mirage a Trois. Papi goes home with Freda Gatz.

4. Cookie finally gets Hakeem into the studio, but Somer is late.

5. Mimi Whiteman shows up in the boardroom, shoulderblades a-blazin’, with her Lover Cindi on her arm — you just knew this was coming. BooBoo Kitty has a secret business lunch with Season Two-era Helena Peabody in an effort to steal back the company, but like everything Anika does, it’s a failure. 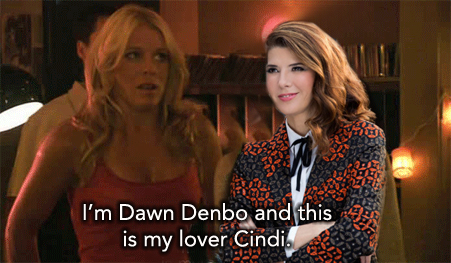 Leviticus gets bought by Shebar, it’s a whole thing.

6. Romi styles Tiana for a video shoot. Before you know it, everybody at Empire is wearing a single feather earring. Alternately, Shane styles Tiana for a video shoot, and is aghast when she learns that the song features one DJ Carmen de la Pica Morales. In true Shane form, she responds by sleeping with literally every woman in the building besides Becky, who mostly just rolls her eyes. 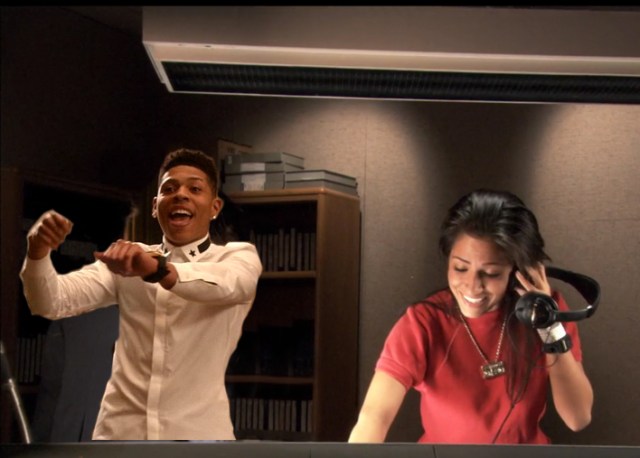 7. Cookie’s new venture Lyon Dynasty is successful primarily because of its primary silent investor, Peggy Peabody. You just know she’d have some choice words for Hakeem, but get a real kick out of Cookie’s moxie.

8. Jamal meets Billy Blaikie through that insufferable blanket-wearing artist and Jamal is quickly sucked in to Billy’s appetite for drugs and outfits. Billy tries to blackmail Jamal with a sex tape. Lucious arranges for Billy and the Artist to “disappear,” and sells the portrait to Bette Porter’s gallery for an undisclosed sum.

10. Nobody can figure out who signed Betty or why they’re always at Empire. It eventually becomes a company-wide blame game, tearing the Lyon family apart. Literal shots are fired. In the end, we discover it was f-cking Rhonda (of course it was). She and Andre concoct some kind of convoluted, sinister plot that nobody cares about, and then they have very creepy, self-congratulatory sex about it.

Please share ideas of your own in the comments, we look forward to this creative collaboration.