Major spoilers for Wonder Woman 1984 below

Two-thirds of the way through Wonder Woman 1984, Diana of Themyscira, daughter of Hippolyta, Queen of the Amazons and Zeus, the mightiest of the Gods of Olympus, finds herself wounded and being practically carried through the streets of Washington D.C. by regular human man Steve Trevor; then shuffled into an alleyway where he pleads with her to let him go, and she refuses, while humanity burns all around them. Her attachment to him is draining her powers. This after nearly two hours of Diana pining for Steve; indulging Steve in an ’80s fashion montage and a leisurely trip to the Smithsonian National Air and Space Museum while a god-honed artifact is being used by an evil businessman to take over the world; being rescued from car chases by Steve and piloted around in an invisible jet which she creates for Steve; and having the most basic plot points of the film explained to her by Steve, despite the fact that she is a world-renowned scholar of basically everything who casually reads Latin as a hobby.

Steve Trevor is the main and unconquerable problem of Patty Jenkins’ follow-up to 2017’s nearly perfect Wonder Woman origin story, but it’s not the film’s only issue. Wonder Woman 1984 is a complete mess. 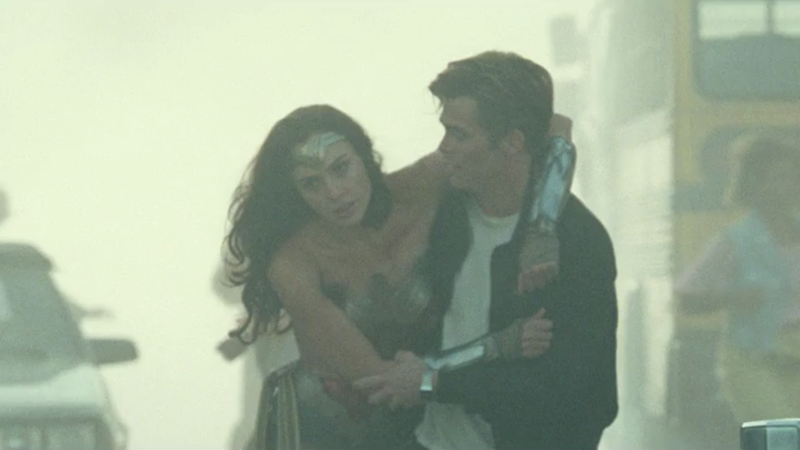 And that, Diana, is why I think I could return a serve from Serena Williams.

The story itself is nearly incoherent. Like so many Batmans before it, Wonder Woman finds herself up against two villains who circle around and ultimately tag-team with each other. There’s Pedro Pascal’s Trumpian Maxwell Lord, a narcissistic con-man who wants — well, that’s part of the problem. What does Maxwell Lord want? More, basically. The concept of more, a narratively philosophical pursuit way too far out of bounds for a movie that spends 15 minutes letting Chris Pine try on fanny packs. And then there’s Kristin Wiig’s Barbara Minerva/Cheetah, who just wants a little bit of respect and attention and to not be sexually assaulted in the park on her way home at night. Both Maxwell and Barbara get what they want by wishing on a lump of citrine that was crafted by an evil god? Or something? It’s unclear. The point is that every civilization where the Wishing Citrine shows up ultimately vanishes from the face of the earth because of the greed of the leaders. The Mayans, for example, were wiped out by their own gluttony in using the Wishing Citrine and not, you know, brutal Spanish colonization.

Meanwhile, Diana and Steve exist inside a rom-com from the moment he is resurrected. (Reincarnated? Revivified? Zombied?) They dance, they smooch, they cuddle, they hold hands and watch fireworks and do the tourist scene in D.C. and somehow have unfettered access to the West Wing of the White House and a runway of fully fueled antique(?) planes that inexplicably travel at super speed. Their storyline, which is a retread of the first movie, is baffling, but so are all the plot points inside it. Nearly every scene is overly long; the transitions between scenes are thoroughly disjointed; nothing that needs explaining is actually ever explained (Where did Steve even come from? And how? And what happened to the guy whose body he took over while he was inhabiting it? How does the Wishing Citrine actually work? And why? And from whomst!); and everything is resolved without explanation or repercussion. 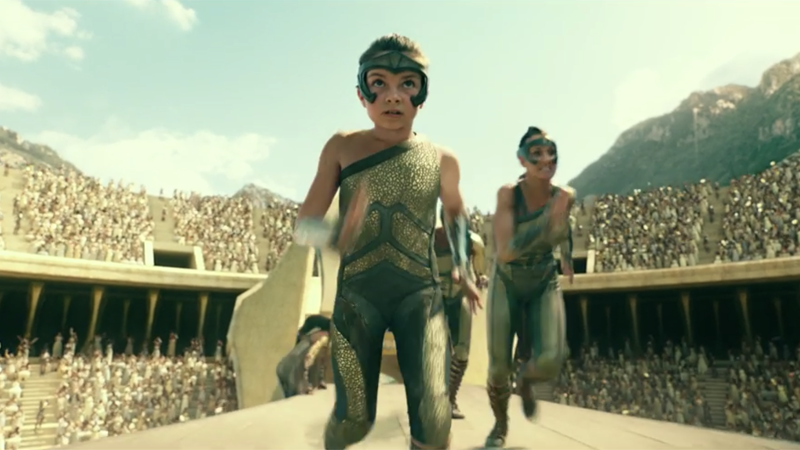 And the movie won’t pass the bare minimum Bechdel Test after this!

The first 15 minutes of Wonder Woman 1984 are perfect, and everything that made the first film such a narrative, symbolic, and feminist triumph. A young Diana enters a Themysciran pentathlon-like gauntlet of climbing, diving, swimming, acrobatics, horseback riding, running, and archery. She very nearly beats fully grown Amazonian warriors, cheats a little, and learns a valuable lesson about doing what’s right and telling the truth from Robin Wright’s Antiope. Then, in the present day, she descends on a full-blown 1980s mall to save some kids from some bad guys, crunching up guns with her bare fists and winking sweetly at the little girls she rescues. Things take a turn for the worse, and never recover, as soon as Steve Trevor’s memory punctures the screen.

Steve pulling Diana through the chaotic streets of the nation’s capital during a global crisis is the antithesis of the Wonder Woman William Moulton Marston and his wife, Elizabeth Holloway Marston, and their partner, Olive Byrne, conceived as a superhero superior to every other in the Golden Age of comic books during World War II. More powerful than Superman, more ingenious than Batman, faster than The Flash, better at fighting Nazis than Captain America, and above all: wiser and more compassionate than every man to don a cape or cowl. In fact, as the main man in Wonder Woman’s life, Steve Trevor assumes the role of the damsel in distress in every Golden Age Wonder Woman story, an accomplished but deeply inept pilot in need of constant rescue. Not only does Wonder Woman refuse to marry him, or even go on a date with him; she perpetually warns every woman she knows not to lose themselves for any reason to any man — just as her mother warns her.

“These bracelets, they’re an Amazon’s greatest strength and weakness,” she says to herself once she breaks free from Nazi Baroness Paula von Gunther’s henchmen. “What a fool I was to let a man weld chains upon them! It just makes a girl realize how she has to watch herself in this Man’s World!” 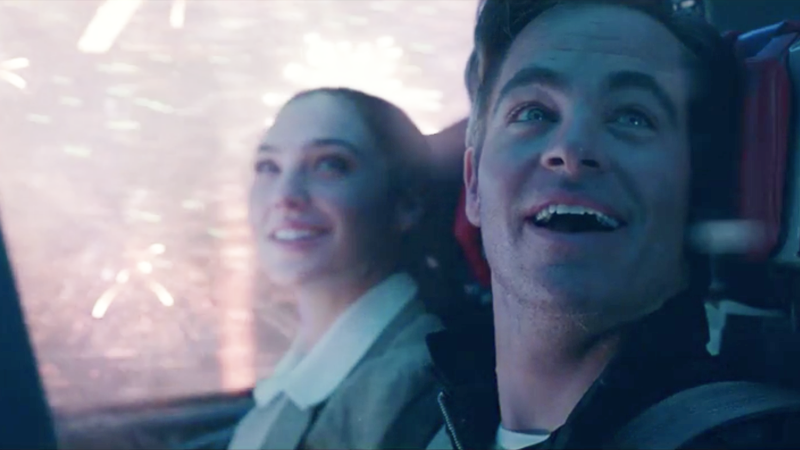 In Wonder Woman 1984, Diana cannot get enough of Steve’s boring human head. She caresses it, stares at it, pulls and pokes at it, holds it close, strokes it, pets every inch of it. But her adoration of Chris Pine’s face has nothing on Jenkins, who frames Gal Gadot behind him constantly. The camera focuses on Steve’s reception to everything, while Diana reacts to his reactions. She isn’t just riding shotgun in her own iconic invisible plane; she’s in the passenger seat of her entire movie.

In the film’s climax, as Maxwell Lord manically and incessantly begs everyone on earth to utilize the power of the Wishing Citrine, my wife glared at the TV and said, “I wish this Wonder Woman movie had been about Wonder Woman.”