According to the mainstream media, actress Amber Heard “came out” on Friday night at a GLAAD event (Autostraddle was there, stay tuned for our video!). How do you feel about that? I’m guessing your feelings can be broken down into two basic questions: 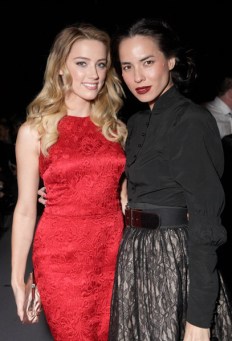 Amber with her girlfriend on Friday night

2. Who is Amber Heard?/Where do I know her from?

Now, I’m way more tuned in to “who’s out” than I am to “movies” or “television,” so I asked myself both “1” and “2.” I feel as though I’ve been casually aware of her existence and her homosexuality for what seems like a while, though I can’t remember why, nor can I remember ever looking into her “work.” I imagined she’d perhaps been on the cover of NYLON at some point or had appeared in an action-adventure movie I’d never seen.

Anyhow, her coming out wasn’t breaking news to the gay community — our invite to GLAAD’s 25th Anniversary Event in Los Angeles even included the following paragraph —

Jonathan Murray, Executive Producer of the Real World and Project Runway, will be presented with the Pioneer Award by Amber Heard – the openly lesbian actress starring with Johnny Depp in Rum Diary and Nicholas Cage in Drive Angry 3D.

But it is breaking news to the community at large, which makes it pretty freaking important. As you may know, hot blonde lesbians who look good in bathing suits are our best representatives in the fight for equality. 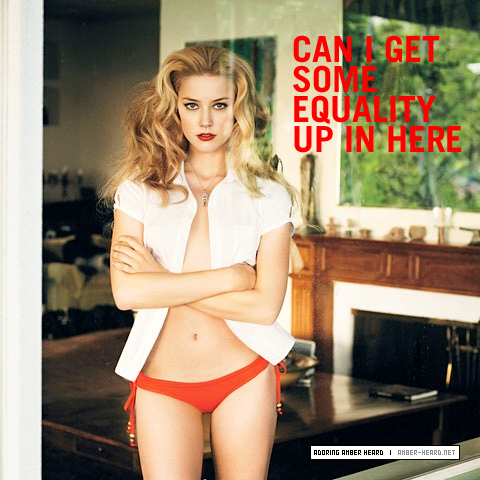 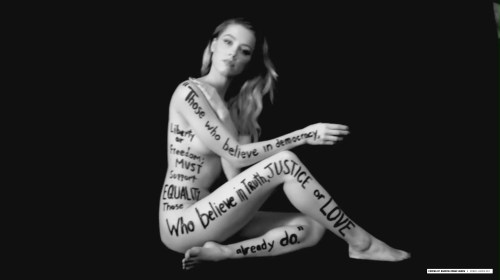 On the topic of “coming out” officially, Amber said on Friday night:

“I think when I became aware of my role in the media, I had to ask myself an important question ‘Am I part of the problem?’ And I think that when millions and millions of hard-working, tax paying Americans are denied their rights and denied their equality, you have to ask yourself what are the factors that are an epidemic problem and that’s what this is. Injustice can never be stood for. It always must be fought against and I just was sick of it being a problem. I personally think that if you deny something or if you hide something you’re inadvertently admitting it’s wrong. I don’t feel like I’m wrong.”

So anyhow, because Amber Heard has now officially come out to your grandparents, Maxim‘s subscriber base and everyone else who didn’t already know, you probably wish you knew a little more about her. So, let’s begin. With a photograph: 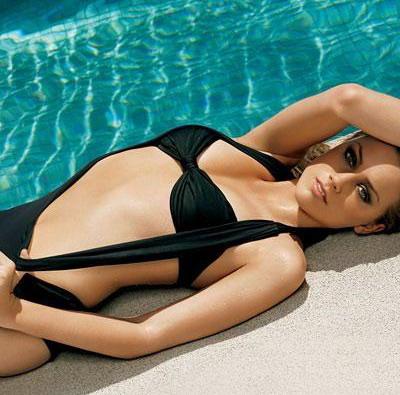 That’s from her first cover for MAXIM. She ranked Number 13 on their 2010 Hot 100. Yup, THE MEN, THEY LOVE HER. She’s posed for GQ, FHM, Maxim, Details and Arena, in addition to every other magazine ever. 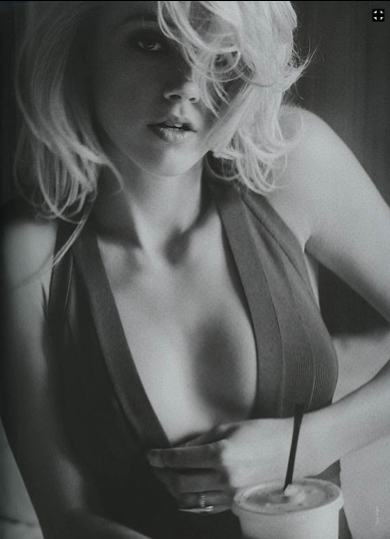 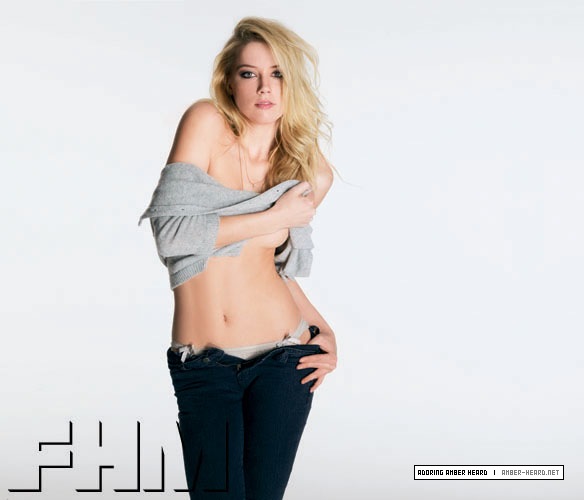 And here’s another — with girlfriend Tasya van Ree at the Prop 8 Rally: 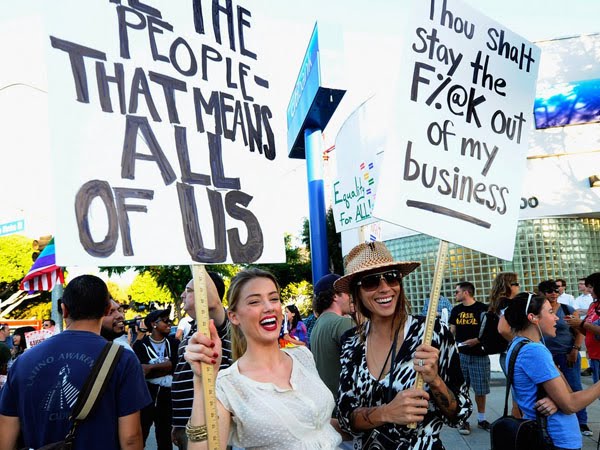 Amber’s been fighting for equal marriage rights as well as hitting the town with her girlfriend pretty regularly for most of this year, like at Tasya Van Ree’s Art Exhibition in August. In 2009, some assholes followed her around with a video camera and made a video called “amber heard is a lesbian.” You shouldn’t click on that, I’m just including it so you know I’m not making it up.

To which Dorothy Snarker pointed out in August:

Of course, actresses saying they’re “open to whoever” is one thing. Having a real girlfriend that you walk the dog with and go to protests with and pose for sexy photoshoots with that’s another. 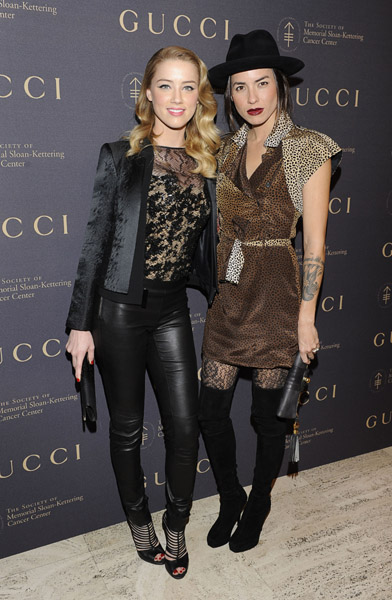 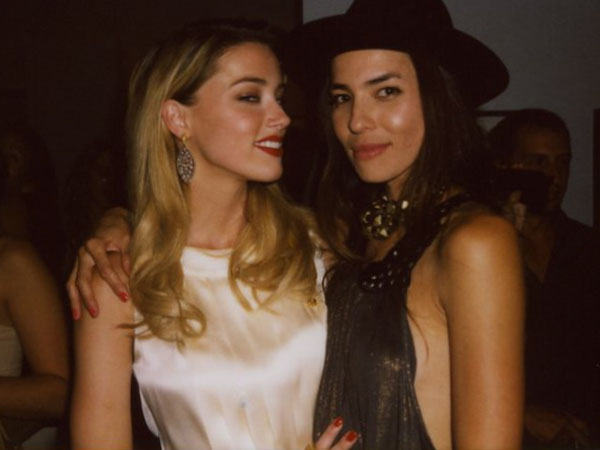 Earlier this year, Heard was on the cover of Jezebel Magazine. Here’s the opening paragraph from that article:

Having made it onto nearly everyone’s “up-and-comer” list, Amber Heard is a new breed of Young Hollywood. The paparazzi never follow her, there are no rumors about her love life, and she’s not widely recognized by the masses. In fact, she’s one starlet who you rarely see anywhere but on-set or on-camera. Having starred in such films as Pineapple Express, Zombieland, and The Stepfather, Heard is markedly well-spoken and poised, and possesses a conspicuous self-confidence for one so new to the business. But perhaps most notable is that the young actress is strategically formulating and executing her career like a carefully crafted battle plan.”

Perhaps you remember Amber from the 2008 film Pineapple Express? 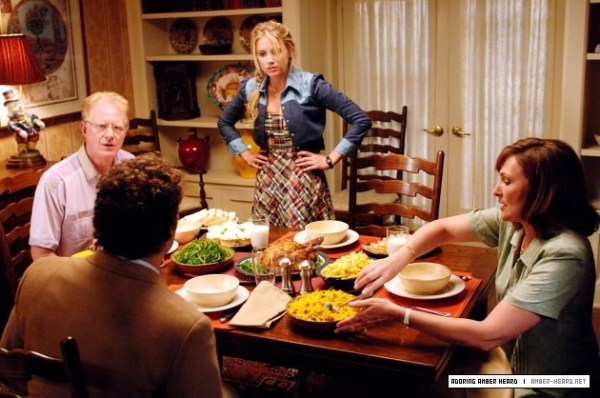 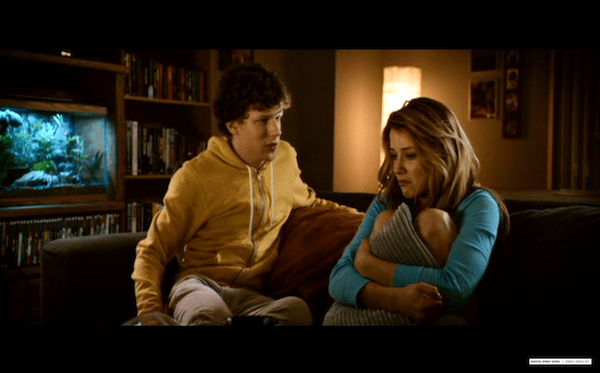 If you’re still thinking “where do I know her from, I swear I’ve seen her in something,” these are your options: Jack & Bobby (TV), Friday Night Lights (movie), The Mountain (TV), The O.C. (TV, only one episode), Drop Dead Sexy, North Country, Price to Pay, The Prince (TV movie), Alpha Dog, Criminal Minds, All The Boys Love Mandy Lane, Spin, Remember the Daze, Hidden Palms (TV), Californication (TV), Never Back Down, Pineapple Express, The Informers, ExTerminators, The Joneses, Zombieland, The Stepfather, And Soon the Darkness, The River Why, The Ward. Her current projects include Drive Angry 3D and The Rum Diary.

Here she is in The Stepfather with Penn Badgley: 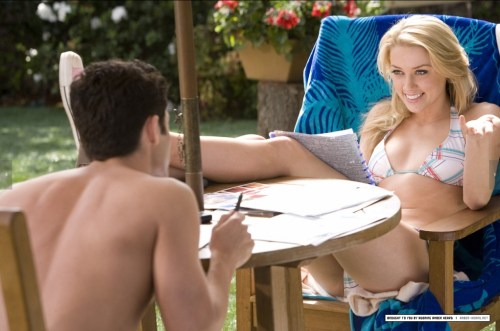 Here she is posing for her first MAXIM cover:

Next: Amber uses Mrs. Meyer’s Clean Day Geranium Cleaning and Laundry products, makes sexy videos with her photographer girlfriend, and is in a lot of movies (we’ve got clips!) 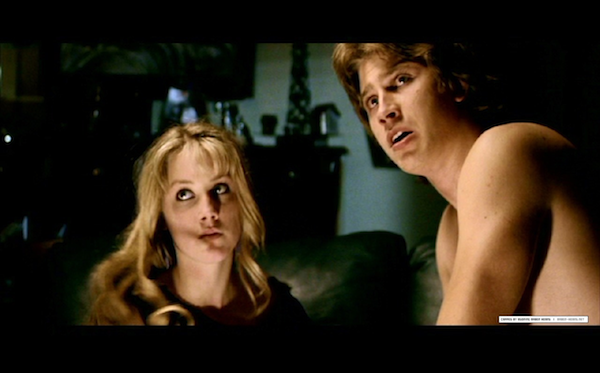 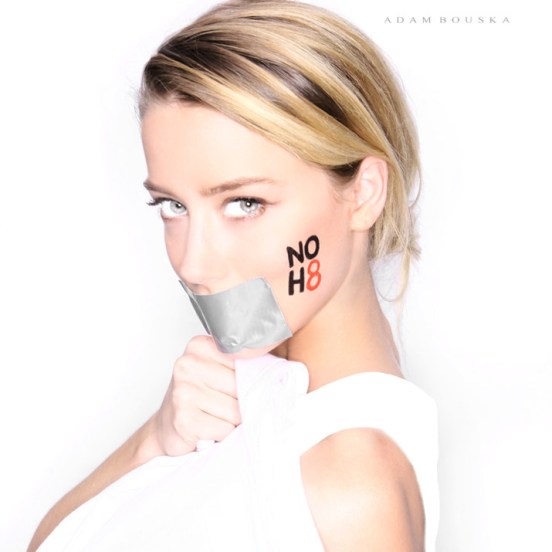 Who is Heard’s girlfriend (since 2008), Tasya van Ree? She’s an artist, photographer and filmmaker based in LA. Tasya van Ree took these photos of Kate Moennig: 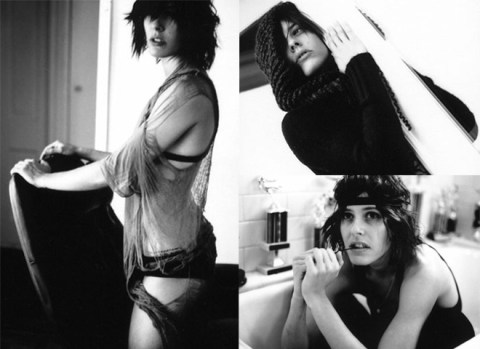 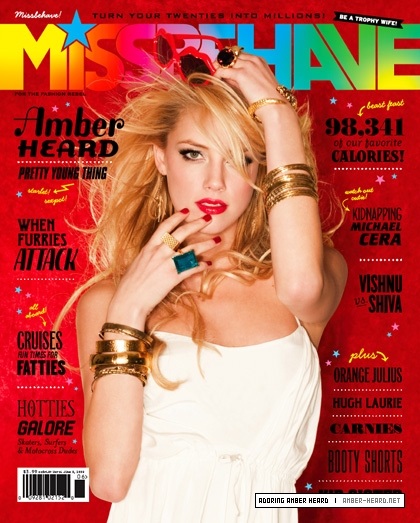 And a photograph from MISSBEHAVE has since been used on this site as an Autostraddler of the Day, back when we used to do that: 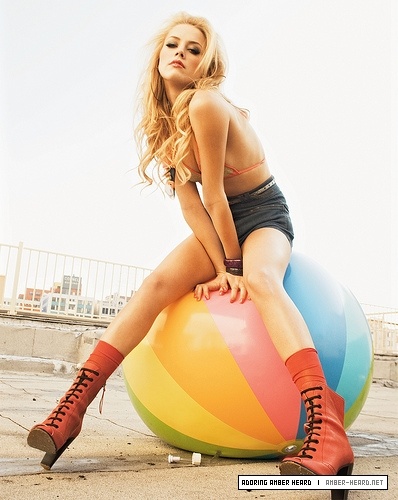 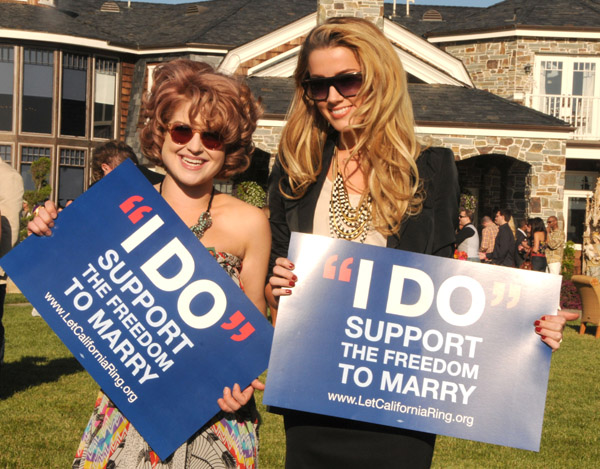