Sometimes I miss the girl I used to be: That ferocious, electric, take-no-shit girl, the kleptomaniac poet survivor girl who was not afraid to punch someone in the face if she needed (or wanted) to. That girl was weirdly charismatic in her affected fearlessness and fast-talking eloquence, her militant activism for the cause of her own survival, her searing need to love and be loved.

She was volatile, vicious, full of self-loathing. She could have started a revolution. And sometimes I feel her writhing in me still, that girl I used to be.

Infect Your Friends and Loved Ones, the latest novella by Torrey Peters, makes that girl wake up and dance for grief and joy. Set in a dystopian future in which bioterrorism has rendered humanity incapable of organically producing sex hormones (think Mad Max, except with testosterone and estrogen instead of water), it is at heart a razor-edged, slyly funny love story of two literally and emotionally scarred women whose explosive relationship changes them — and their world — irrevocably.

The narrator and protagonist of Infect Your Friends and Loved Ones is an unnamed trans woman (“Patient Zero”) who longs for the ease and luxury of the upper-middle class life that she lived before her transition.Yet she is irresistibly drawn to antagonist/deuteragonist Lexi, a tempestuous, working-class, gun-obsessed trans girl whose simmering rage culminates in an act of devastating bioterrorism.

The gut-wrenching spiral of their relationship forms the emotional core of the book, and it burns in every scene that features them, as in the moment when Lexi infects the narrator with the carrier virus that ultimately brings about the paradigm in which everyone must fight to choose their gender:

“There’s a prick as the needle goes in, and when I pull my arm back, the point scrapes my skin. By the time I’m instinctively cradling my arm, blood is welling up. I’m in disbelief, looking at Lexi, trying to understand how somehow, it could have been a mistake.
“Now you’ll have a scar too,” says Lexi.”

Peters is a literary trailblazer on many fronts — her works of short and medium-length fiction defy classic genre categorization, throwing aside the conventions of mainstream literature to delve into the darker aspects of trans women’s psyches and relationships with signature gallows humor.(Her first novella, The Masker, is a devastating character study of a trans girl trying to find herself in forced-feminization fetish culture.) Peters, a graduate of the prestigious Iowa Writers’ Workshop, also self-publishes as a politically conscious response to a literary world that “does not serve trans women.” 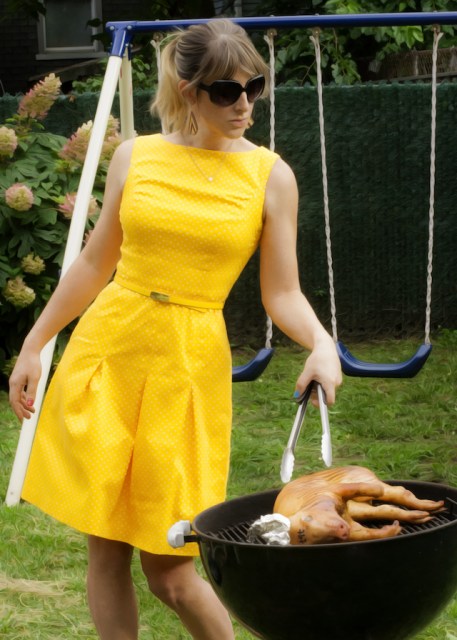 “The other benefit to self-publishing was that I can advertise that I give away digital copies for free,” says Peters. “No publisher would let me do that. I value readers more than profits, and given the chance, will always maximize my readership over my profits. The publishing industry as a whole is in trouble because they do the opposite.” Both Infect Your Friends and Loved Ones and The Masker are available on her website for pay-what-you-want or free.

“The entire project [of self-publishing] was about showing that there’s no barrier to access to emotionally move people,” she adds. “You don’t need a perfectly clean text, you don’t need an editor, you don’t need a press, all you really need is a will to write and an account with some self-publishing platform. The idea that you need a perfectly polished text to produce a work of art that people care about is a kind of gatekeeping. How many trans women have been denied on these kind of grounds? [Their] stories are important.”

It is precisely this commitment to the untold stories of trans women’s lives that allows Peters to create a narrative of emotional depth and accuracy that is rarely found in literary portrayals of trans women.In Lexi and the narrator of Infect Your Friends and Loved Ones, Peters paints portraits of two fully fleshed-out and flawed women in an affair that spans love, hatred, jealousy and regret — an impressive feat in a 70-odd page book.

The painful tension of the bond between Lexi and the narrator is pierces to the core of the struggle between internalized transmisogyny and trauma-bonded sisterhood that trans women share, as in this scene:

“I answered Lexi’s ad in the “t4t” section of Craigslist personals […] “Your girlfriend is really hot,” she said, and then paused and spun her beer coaster. “So, like, I don’t get why you’re here.” I didn’t know what to say. How do I tell a near-stranger that my girlfriend and I have only once had sex since I went on hormones? How that one time, with my cock hard and vulnerable, I looked down at her so gratefully […] just as she furrowed her brow and said disconsolately, “You smell different.” How just then, her face crumpled into tears? How I tried to get her to have sex anyway? How I wake every morning afterwards to her back, want to spoon her, but pull away from the chill of her grief, knowing that I beckoned it by my choice? […] Why did I want to meet Lexi? The answer is the things I can’t say.”

In this novella, Peters gives herself rein to go deeper into the intricacies of love between trans women — the chatspeak shorthand “t4t” and its implication of trans-for-trans love and sexuality is a recurring motif — than in any other work I’ve read.The gunpowder relationship between the vain, brand-obsessed narrator and the violently unstable Lexi resonates deeply with personal and political conflicts that most trans women must face in some way or another:

How do we choose to be trans in a world that hates us? Do we try and “pass” as best we can, strive to meet impossible beauty standards, align ourselves with cisgender people who offer us safety and comfort and simultaneously objectify us? Or do we try to carve out our own communities by tooth and nail, spit back in the face a world we’ll never really fit into anyway? Whom do we choose? Who will hurt us less? A cissexist society or each other?

In Infect Your Friends and Loved Ones, Peters captures this interpersonal and intrapsychic tension with heartbreaking precision: “A court of law, if a just one still exists or ever existed, might convict Lexi for her actions, but mine have been the thought-crimes: the cuts that no one could see or feel but Lexi. She had always known what I wouldn’t admit: I had been embarrassed of her […] I had been ashamed of the ways that I was like her, ashamed of the ways our transness made us sisters, if not lovers.”

Despite her enduring commitment to other trans women, Peters herself goes against the leftist-social-justice-warrior grain by resisting the idea of politically mandated community; instead, she articulates a concept of relationship based on “immunity,” or the freedom to choose.

“As a trans woman, I find the idea of immunity rather than community appealing,” Peters says. “What I just didn’t give a fuck? What if my baseline was ethical treatment of everyone, but what if beyond that, I get to choose my responsibilities and affinities for myself, rather than having them thrust upon me? […] I find crucial the distinction of choice over burden; the knowledge that I can safely fuck off to elsewhere if I so choose. I hang with trans women because I love them and understand them and want to care for them, not because I was somehow cosmically assigned to be responsible for them. I hope those women feel the same about me.”

The narrator of Infect Your Friends and Loved Ones puts it more caustically: “[Community was] a coven of trans women polyamorously fucking each other to biblical levels of drama over the soundtrack of Skyrim on PS3, all the while telling each other how shitty the world was away from each other, until they so confused micro-aggressions for deep violence that they walked around with knives in their boots and canisters of mace dangling from their purses.”

Love and the fear of loving other trans women are what transformed me, in the end. It allowed me to grow into someone softer and more open than the girl I used to be — and it has also destroyed me, tortured me, slain and buried me. Like many trans women, for a while I tried to forget who I was, tried to disappear as best I could. Infect Your Friends and Loved Onesis the kind that shakes and wakes that brave, mad, dangerous girl I used to be.

I’m glad. I have a feeling I’ll need her again, someday soon.

“Write what is missing in the world. Write the stories that could have saved you and weren’t there for you,” Peters says, in what sounds like both a prophecy and a pact. “I promise that you will have readers.”