On Monday, April 4th, Winston Moseley, the man who raped and murdered 28-year-old lesbian barmaid Kitty Genovese, died in prison at the age of 81.

On Sunday night, Girls aired an episode that included a play, “38 Windows,” about the Genovese case. The Witness, a documentary about the murder, is currently making the festival rounds. And, most importantly, I personally finished reading the 2014 book Kitty Genovese: The Murder, The Bystanders, The Crime That Changed America just this past weekend. (I found it in the library when doing research for an upcoming Autostraddle series about murder cases involving lesbians as victims or killers.) It’s a cool book that debunks almost everything I thought I knew about the case.

Furthermore, the author spoke to Kitty’s girlfriend, Mary Ann, at length, and there’s a lot of interesting stuff about lesbian history, too. You actually get to know Kitty, too, and that’s important because she was a person, a girl who liked folk music and reading non-fiction books and had her whole damn life ahead of her and then her life ended just like that. She’d grown up in New York but when her family left for Connecticut, Kitty refused to leave the place where she felt so free. Mary Ann had been in New York since she was 16. Mary Ann was a young lesbian who consumed all the lesbian media she could get her hands on — perhaps you know the feeling — and in Ann Bannon’s lesbian pulp novels, Beebo Brinker told a fellow lady-lover that Greenwich Village was the place to be. So as soon as Mary Ann could get there, she went there. In 1963, when she was 24 years old, she met Kitty at an underground club. Things moved quickly from there, as they do. 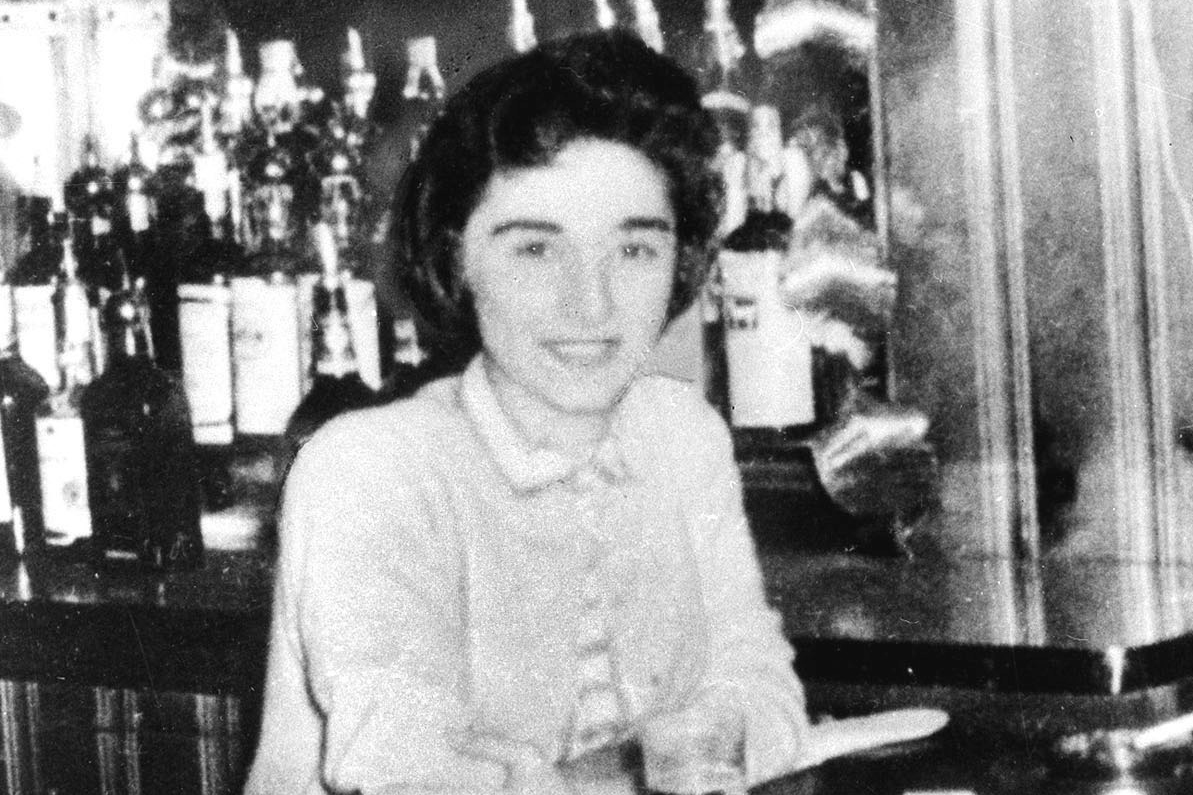 Interest in the Genovese case has never really “died down” — it’s her murder that inspired social scientists and journalists to seize upon the idea of “the bystander effect,” which has made an enormous impact on our culture in pretty much every way imaginable — and Moseley’s death, coupled with the documentary’s release, is likely to make that conversation even louder than usual. But this time, people will probably be talking about what actually happened instead of the myth that was built around it, which fed into a public fear at the time of apathy enabled by large cities and disconnected communities.

Here’s just some of the stuff about this case that I didn’t know ’til I read this book:

The Police First Suspected Kitty’s Girlfriend, Mary Ann
In the hours following Kitty’s death, the cops ruthlessly interrogated Mary Ann, Kitty’s grieving girlfriend. The two had obviously U-Hauled and had only been together for about a year, but they were very serious about each other and were planning a future together. The police even asked her about what sexual positions they enjoyed. Obviously a lover is always gonna be a suspect, according to my expert experience of watching too much Law & Order, but her interrogator Deputy Inspector Seedman was especially suspicious because of their sexual orientation, saying “one of the most common motives for murder is jealousy. It’s also our experience that homosexual romances produce more jealousy by far than ‘straight’ romances. More jealousy means more chance for violence. Women, in fact, can be more possessive towards their lovers than men.”

Kitty’s sexual orientation was kept out of her trial, lest it impact the jury’s sympathy for her, and Mary Ann testified as a roommate. Afterwards she left town forever.

There Weren’t “38 Bystanders”
It was right there in The New York Times two weeks after the murder: “For more than half an hour 38 respectable, law-abiding citizens in Queens watched a killer stalk and stab a woman in three separate attacks in Kew Gardens.” That number — 38 — has been repeated ever since as gospel and it has since been extensively incorporated into academic studies, political legislation and pop culture. 38 is a number a cop threw out there at some point as their estimate of how many residents in the area could’ve witnessed the crime. The police commissioner had fed that number to a reporter to divert interest from a less savory aspect of the story — that Moseley had also confessed to a murder he didn’t commit, which could lessen his credibility regarding the one he did.

In fact, five or six neighbors, at most, saw or heard enough to know how much danger Kitty was in…
The attack began at 3:19 AM, when pretty much everybody was asleep, and the attack took place in three stages, in different areas of the block, on different sides of different buildings. Moseley eventually stabbed Kitty in the throat and the lungs, which impaired her ability to scream. It was a nice neighborhood and Kitty had friends in the building, as well as her girlfriend, who slept through the whole thing.

… and only two who actually knew what was happening.
Despite reports that 30 neighbors watched the entire attack and murder take place, doing nothing, literally nobody did so. There were at least two people who had a completely clear view of Moseley stabbing Kitty at some point but neither of them did anything or called in time  — one because he was a lazy asshole, the other, Ross, ’cause he was drunk and afraid of the police and of Moseley in the hallway.

In 1964, calling the police wasn’t that simple…
Prior to 1968, calling the police in New York City wasn’t especially efficient — you dialed either a borough-specific number in your phone book, or the operator, who’d connect you to the borough communication’s desk, who’d take a message and then relay it to the nearest precinct house. Or you could look up your local precinct house number, and the telephone switchboard operator could dispatch a car, switch the call back to the borough communications desk, or ignore it. Like many groups of humans in the United States this very day, many citizens just didn’t trust the police, who apparently had been known to act annoyed by calls or to badger callers for personal details. The system in general just wasn’t as polished as it is today in so many ways. After Kitty’s murder in 1964, New York started pushing for a single emergency number. In 1968, the 911 system went into effect nationwide. It was a number everybody could remember.

…but some of Kitty’s neighbors called anyway
A 14-year-old boy saw a man “beat up a lady and run away,” and went and told his father, who called the operator and was connected to the police. He told them that a lady got beat up and was staggering around by the drugstore at the L.I.R.R. station. The man and his son waited by the window to see if anything else happened, but nothing did. (She was behind the building now, not visible to them anymore.) They went back to sleep. As far as anybody knows, no car was dispatched. Ross, the drunk guy who had opened his door to a full view of the stabbing, called a neighbor who called another neighbor who eventually got the call out to the police at 3:50 AM that brought them to the building. But by that time Kitty was already dead. She’d died in the arms of her close friend and neighbor who’d come as soon as she heard. Then Ross hung out drinking with Mary Ann all day like he was her buddy! Even though in truth he was one of only two people who could’ve maybe helped Kitty!

Kitty wasn’t Moseley’s first murder
Although he was never prosecuted for the murder of Annie Mae Johnson, Johnson was one of many Black women who Moseley said he had brutally attacked and sexually assaulted before attacking Kitty. He’d also stolen a lot of shit, stories which the police mostly were able to verify. Johnson’s murder had been acknowledged by the police and recorded as unsolved, but the other attacks had apparently never attracted police attention. Moseley was also married with two children and was a super calm-seeming guy who drank too much, loved his dog and liked necrophilia.

Also, Moseley once escaped from prison by sticking an empty SPAM-style food tin so far up his ass that they had to send him to the actual hospital to have it removed. It was easier to escape from the hospital than from prison. He was eventually caught and brought back to prison, so don’t worry, although he managed to commit more rape and assault while on the lam. In the book, Moseley’s prison doctor said of the meat tin, “I can’t really understand how the heck he ever inserted it.”