This article contains major spoilers for The Walking Dead

When Tara Chambler was introduced in The Walking Dead’s season four episode “Live Bait,” she wasn’t just the first openly LGBTQ character on the show; she was the first gay woman I had ever seen in any form of zombie horror in my life. Years of watching countless films about the terrors of the living dead and playing untold hours of Resident Evil games did not prepare me for the elation I felt seeing a queer sarcastic badass like her on my TV. Six years later, I now find myself ill-equipped to accept that her story has come to an end. 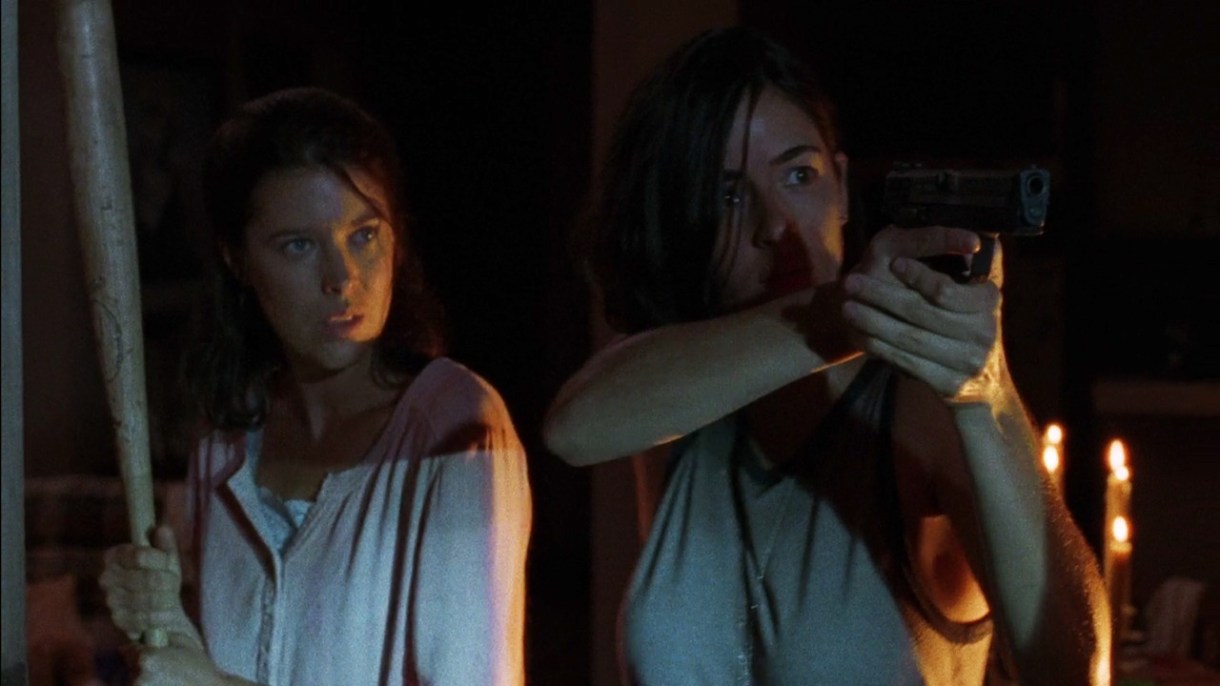 The beginning of something special.

The ninth season of The Walking Dead laid the foundation for the war with the Whisperers and brought to life the most terrifying villain from the comics — Alpha, who is played masterfully by Samantha Morton. She’s a bald menace and the leader of a demented group of survivors who wear the skin of the dead in order to blend into the zombie hordes and prey upon their enemies. Unfortunately, while building the inevitable conflict with these new foes over the course of the latest season, two of the three longest recurring queer characters were killed off. Tara was one of them.

My first red flag should have gone up when gay character Jesus was killed in the mid-season finale, because of actor Tom Payne’s comments after he left the show. According to an interview with Insider, they had done so little with his character in prior seasons that he’d become bored and expressed his frustration during season eight. Instead of leaning into the potential of Jesus’s character and letting the comic book romance he has with Aaron come to fruition against the backdrop of the upcoming Whisper War in season ten, he was killed off.

I wanted to believe that Jesus’s death was meant to propel Tara further into the spotlight in Maggie’s absence. With Maggie gone and Jesus dead, Hilltop needed a leader and she was there to take up the mantle. The few episodes we got to see Tara take control of her community were the highlight of the nine years I’ve spent watching The Walking Dead. Looking back on it now, those were the moments that lowered my guard and made me believe in something I probably gave the show too much credit for: Having a lesbian leader that lives, on a post-apocalyptic show where “landmark deaths” are used as a constant plot device. 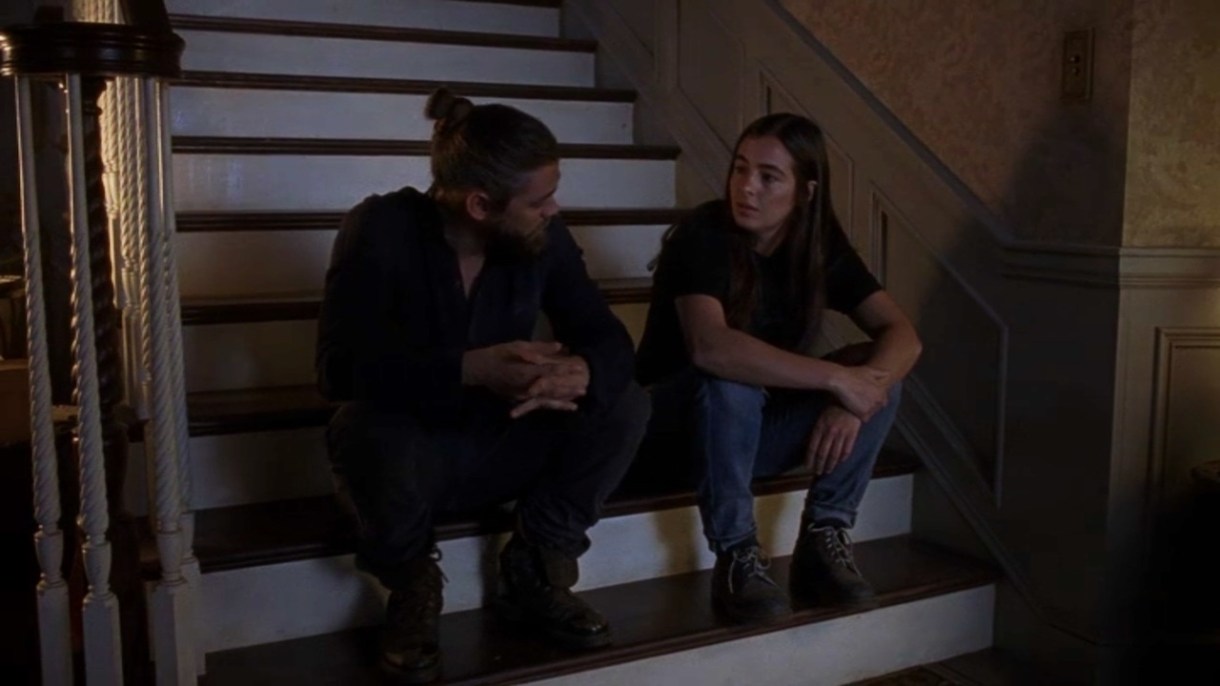 Just a couple of gays running a post-apocalypse refuge together. NBD.

In the aftermath of killing off Jesus, showrunner Angela Kang offered up the following statement:

“For a show that deals with issues of life and death and people who have heroic and surprising ends, it’s hard because almost anyone you kill on our show or write out is going to be part of some underrepresented group on TV. I wish all of TV would step up as well. We just tend to get a lot of attention for it.”

While I don’t doubt Kang is sincere in wanting more inclusive representation on TV overall, this is a pretty boilerplate response when our gays get buried. I think it may be time for The Walking Dead to retcon the idea that killing off notable characters is the best way to move a story forward. In fact, the best examples of keeping characters alive leading to more compelling storylines can be found within the show itself. There were three key moments in season three and four where characters were spared an untimely demise that helped lead the show to evolving into what it is today. Tara was one of those characters.

In 2016 EW revealed that Sarah Wayne Callies who played Lori, the wife of Rick Grimes, heard Carol was going to be killed off and told the producers it was a huge mistake. Had they not listened to her, we wouldn’t have gotten to witness the glory of Melissa McBride’s Rambo phase and see her assume major elements of the story line Rick Grimes had in the comics when he went up against the Whisperers. Judith Grimes should have died in the same episode, but they decided to deviate from the source material and ignore Robert Kirkman’s constant pleas to follow through with her death as an infant — and now there’s a sharp shooting nine-year old girl wielding a katana on the show.

I know I wouldn’t have stuck around to see any of this unfold had Tara died in season four like she was meant to. In the tribute video made for her character after she was killed off in the ninth season, Alanna Masterson mentioned that her initial appearance was meant to only be a three-episode arc. I don’t know why the decision was made to keep her around past season four but I’m grateful for it. Seeing how hard Tara tried to make amends after the prison attack and help Glenn reunite with Maggie was really moving. Tara’s redemption arc stands out in stark contrast to the redemption story lines The Walking Dead has given to villains like Negan and Daryl over the years. Rick saw the good in her during the battle at the prison and seeing that come full circle when they met again at Terminus was the story line that made me start believing the show would integrate her more going forward. 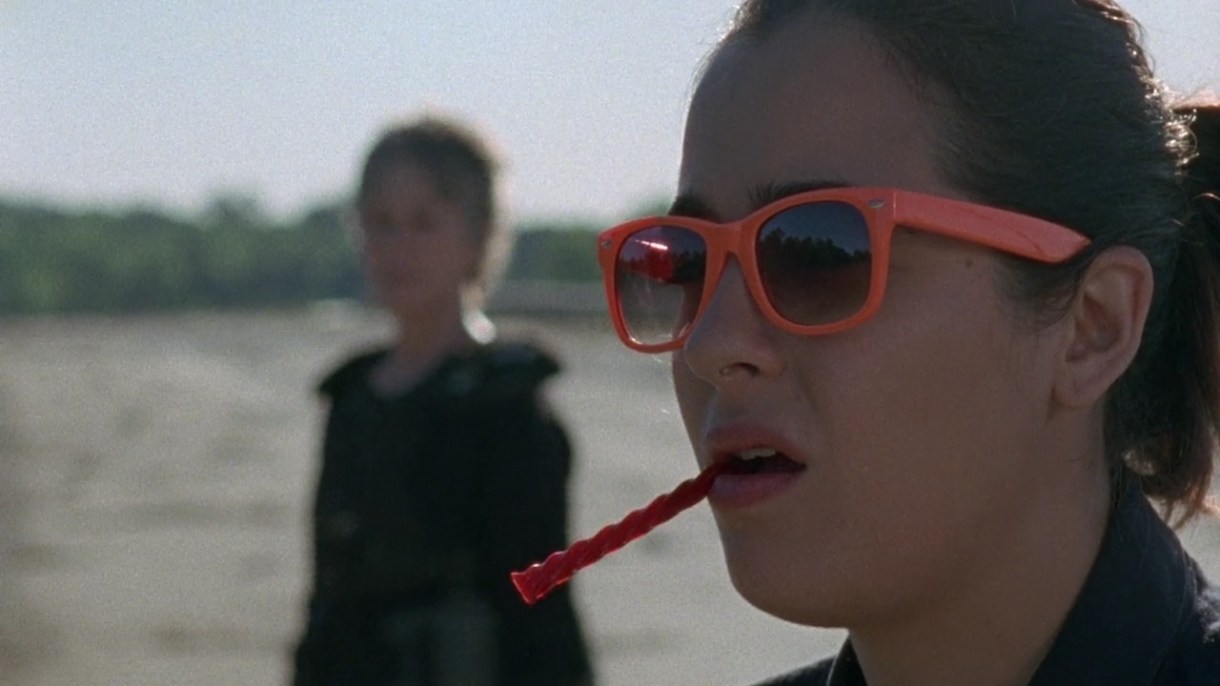 Now, in the aftermath of season nine I find myself at an impasse. The usual response to complaints about characters dying on shows like these before they can find any kind of happiness or love is brushed off as just part of how the show works. However, what I witnessed overall in the current season was that this isn’t the case for everybody. When the six-year time jump is established after Rick’s supposed death in episode five it’s revealed that several characters have settled down with someone in some way.

At this point Jerry has had three children with Nabila while Carol has settled into being Ezekiel’s wife and they have adopted Henry as their son. Enid is in a relationship with an ex-Savior and Rosita finds out she’s pregnant with Siddiq’s child after beginning a relationship with Gabriel. There’s also a significant amount of time dedicated to Eugene expressing his unrequited love for Rosita, which is an obvious nod to the fact that the two are married in the comics.

Meanwhile, we’re supposed to believe that in that six-years’ time, Tara never found a new girlfriend? It didn’t make much sense that someone as charming and funny as Tara Chambler would be single after all those years. Then there’s the issue of Jesus and Aaron, who despite becoming romantically involved in the comic book, are only portrayed as being really good friends who have clandestine meetings in the forest to gossip about their communities and train together. Some acknowledgment of their relationship from the comic book in the show before Jesus was killed off wouldn’t have made things any easier to accept but it would have been nice to see. Not having that validated on screen almost makes it worse. 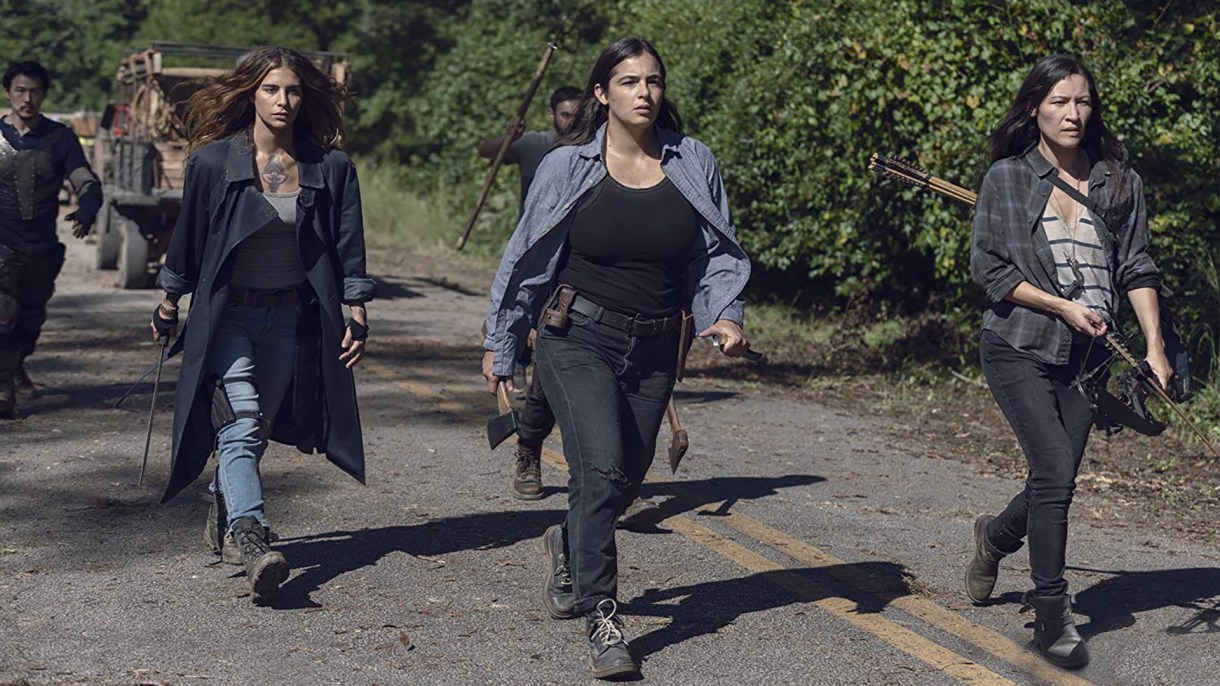 The only clearly defined queer relationship that was acknowledged and intact at the close of the season was that of Magna and Yumiko, played by Nadia Hilker (The 100) and Eleanor Matsuura (Into the Badlands). Like Jesus and Aaron these are characters who are also a couple in the comic book series. When Judith saved them and the other members of their group, they were eventually taken in by Michonne and brought to Hilltop where we got a brief glimpse of what could have been in season ten if Jesus and Tara hadn’t died.

Even though the portrayal of queer characters on The Walking Dead has been respectful and has avoided hypersexualizing them, I still find my enthusiasm for the show fractured for good after the events of this season. How am I supposed to believe that they will do right by Aaron, Yumiko and Magna when they didn’t see the value in keeping around a scrappy lesbian badass and a gay man who could kick the head off a zombie? The mere fact that nobody involved in making those major death decisions thought about the optics of killing off two of the show’s most notable queer characters in one season is massively disappointing.

Watching the finale of season nine was bittersweet. A small part of me still cares about where the story is going, but for myself and others who saw a bit of ourselves in Tara that “what if?” question will never be far from our mind. When I saw the survivors of the Kingdom playing in the snow with children on the outskirts of Hilltop all I could think about was Tara greeting them at the gates.

She survived being on the wrong side of the Governor’s attack on the prison. Her girlfriend got shot in the head by a kid. She survived falling off a bridge and escaped the people at Oceanside trying to kill her. Her next girlfriend got an arrow through the eye. When she sought vengeance, she learned the value of mercy. In the absence of Maggie and Rick she became a leader they would have been proud of. I admired her bravery, treasured her wit, and was inspired by her compassion for others.

The addition of new queer characters that have an established relationship doesn’t soften the blow of losing someone like Tara and it never will.

Jessica Vazquez is an artistic, gaming, cat-loving, writer and over analyzer of all things queer media related. You can follow her maelstrom of feels on Twitter or listen along to the podcast she co-hosts, QueerComicsPod

Jessica has written 4 articles for us.