Welcome back to Supergirl! I know it’s been weeks since this show about Kara Danvers has aired but hey didn’t you want an entire episode about Lex Luthor, a villain who was supposed to die and stay dead months ago? Didn’t you want everything you knew about the women you watch this show for to end up being a lie and find out they were being manipulated by a man this entire time? Great, then let’s get to it!

Spoiler alert, I only like two things about this episode: The fact that Melissa Benoist directed it (and beautifully), and one particular scene. The rest was frustrating as heck, but we’ll get through it together!

Previously on Supergirl, people with broken hearts who used Obsidian to escape started getting trapped in VR and kidnapped, and Alex almost became one of those victims in a reality where she was Supergirl; the post-CRISIS world thinks Lex is a hero, and Lex being back and highly involved in Lena’s life means her and Kara are at odds and they haven’t had a moment to themselves in eons.

We start this episode in the present day, 90 days post-CRISIS, with Lex standing over the body of the Leviathan woman, with everyone lauding him as a hero yet again. Supergirl arrives at the scene, confused, and William shows her that there was a video of the woman saying she was a follower of Amy Sapphire, the woman who wanted to break the VR servers. All signs are pointing to Lex actually doing something good for once, but that doesn’t sit right with Kara. 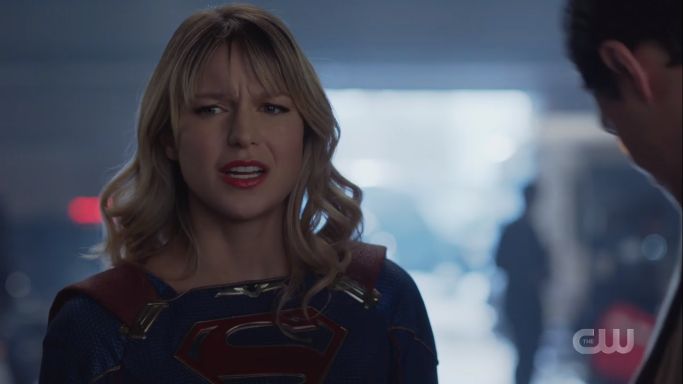 “Wait so you’re saying this WHOLE episode of SUPERGIRL is about LEX LUTHOR?”

And we’ll learn that her instincts are correct before she will, because we’re flashing back and have the distinct pleasure of seeing what this season of Supergirl would have been like if it was called SuperVillain instead, starting with the day after CRISIS ended. Lex wakes up in his bed with a butler reminding him that he’s about to win a Nobel Peace Prize and Lex is delighted to learn that he made a whole new world that revolves around him.

We see Lex inject his sleeping sister with something to keep her out longer and have his butler get her back to her own apartment because who cares if his only sister has autonomy over her own body, right?

Lex goes to Lillian and tells his mother about CRISIS and how his allyship with Supergirl won’t last now that they both share a reality. Lillian doesn’t understand why Lex is still obsessed with Supergirl when he seems to have it all; power, fortune, fame. He claims it’s because Kryptonians can destroy the world without breaking a sweat, but Lillian points out it seems to be Kara’s closeness with Lena that really sent him over the edge. Is it because they have a connection unlike anything he could ever experience because he is always keeping things too close to the vest, always has an agenda? 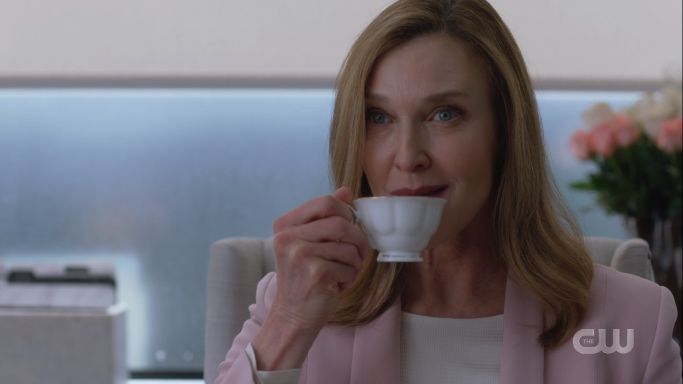 Picture me sipping tea like this every time I make a Lex dig in this recap.

Lillian tells him to keep his head on straight and to just support his sister in her scientific efforts and she’ll naturally gravitate towards him and away from Kara, who doesn’t understand her vision. Lillian basically dares him to stay focused and his ego can’t resist the challenge, so he agrees to make his sister his new closest ally.

When Lena wakes up, and Lex asks her what Leviathan is, she’s amused to know more about something than her brother for once. She’s especially amused that he got even more played by Eve than she did. 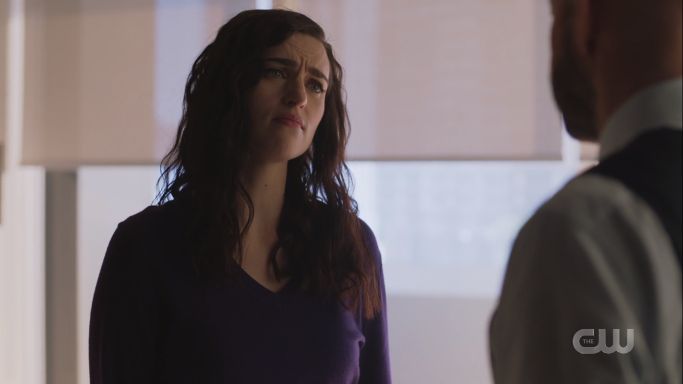 “Aww did my poor baby bwuvver get played at his own game?”

Lena tells him all she knows, while calling him out for his pride and ego, and Lex sets his mind to getting rid of Leviathan altogether.

We then learn that in the Toyman episode, when Lex learned about Gemma’s connection to Leviathan, he also learned that Eve was working with them, and when he goes to find her, she’s being a kickass yet somewhat reluctant assassin. 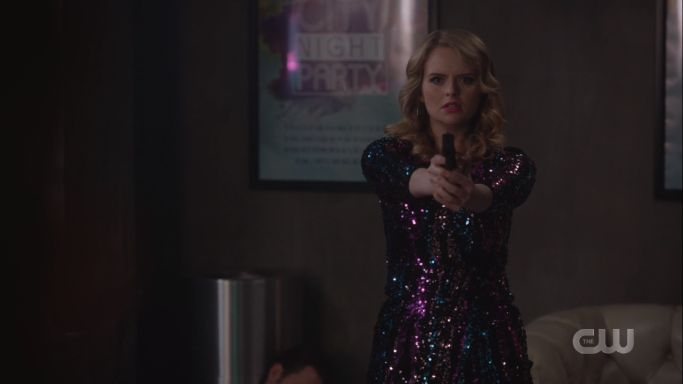 We call her Killing Eve.

Lex knows that she’s only working for Leviathan because they killed her father and threatened her mother, and Eve admits that she hates being a spy and assassin. Lex offers to save her, and says he’ll do all her killing assignments for her if she acts as his eyes on the inside.

30 days post-CRISIS, Eve is stressed out because she hasn’t gotten close enough to Gemma to get on the Leviathan ship yet. Lex tells her to relax because he has men stationed outside Eve’s mother’s home to protect her, so she chills out a little and says she DID get put on the Platinum project at Obsidian North. 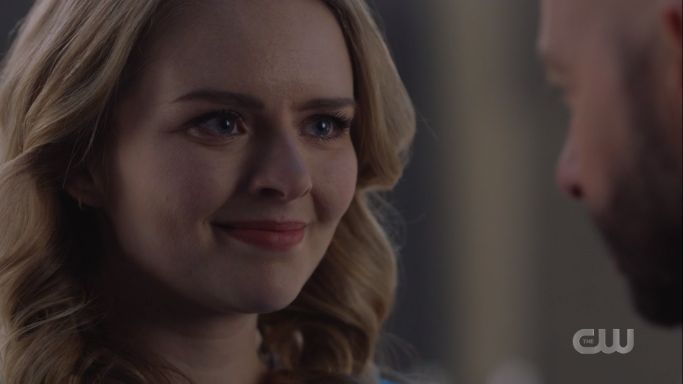 Since Lex’s plan is to reverse the Toyman code to de-immortalize Leviathan, he wants to use the Platinum glitch that’s trapping sad people to their advantage, so it’s Eve’s job to make sure that the glitch doesn’t get fixed so Gemma will have no choice but to let Lex help them cover it up before the launch.

Lex also finds Richard Bates, puts on a bad wig, and acts as a bartender to give him the idea for a virtual torture chamber for his wife’s paramour.

Two weeks later, Eve skips into Lex’s house and thanks him for her new apartment. He says she’s precious to him, which of course she mistakes for affection, something we know Lex is incapable of anymore. 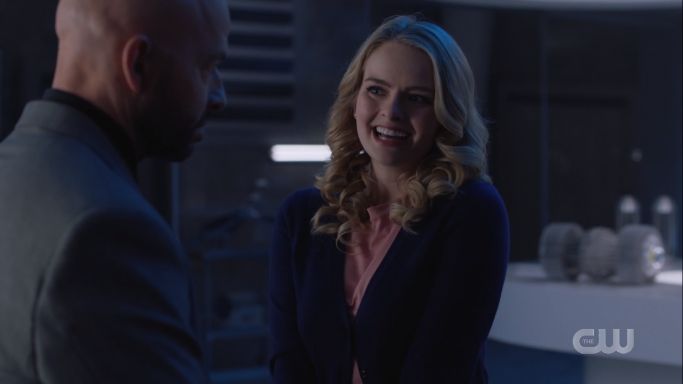 You’re flirting with a statue, bb.

Everything is working according to plan, and the next step is to make sure Amy Sapphire has gauntlets so she stands a chance against Supergirl. Because that’s right folks, everything is Lex Luthor’s fault. He’s what the girls of the Teen Creeps podcast would call a “Busy Villain.” Who knows how he has the time, but here we are.

Lex takes Eve to his lab where he…disappears a mouse? Using q-waves? I don’t know and I don’t care because Lex is pure, uncomplicated evil which is the least interesting kind of villain.

One month ago, aka 60 days post-CRISIS, around the time Amy Sapphire and Kara had it out in the Obsidian server room, Eve takes Lex to the human burrito warehouse to show him how they’ve started collecting the people Obsidian Platinum trapped with the glitch. She tells him the old lady, Margo, will be watching over them.

As a reward, Lex gives Eve a vial of poison and the information of the man who killed her father. But when he shows her the picture, she might not recognize him, but we sure do. 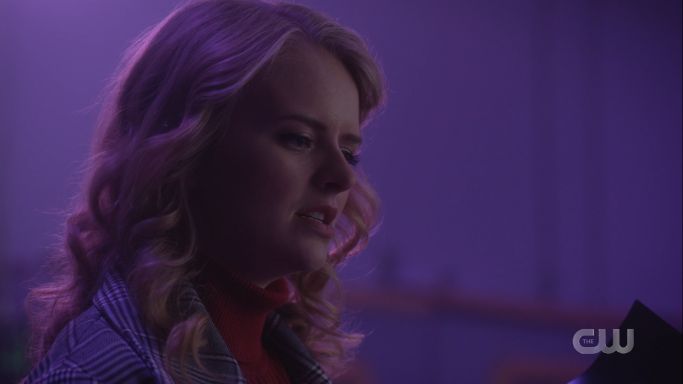 Lex goes on his world tour with Obsidian, and we follow the timeline with clips from the episodes; Alex fighting Richard Bates, Jeremiah dying, Alex going into the VR, William almost finding the human burrito warehouse.

At the end of the tour, Andrea makes an announcement about how quickly Obsidian is spreading to over 100 countries in one month. Kara leaves the conference in a huff and Lena notices and follows her up to her Catco office. 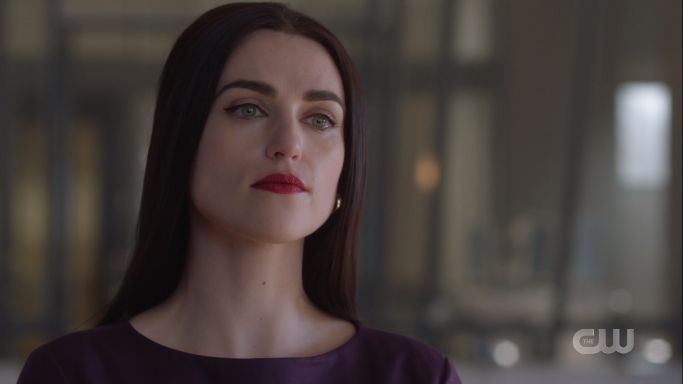 Lena approaches her ex-friend cautiously, almost timidly, and offers her condolences about Kara’s father’s passing. She immediately chides herself for giving such a rote response, but Kara’s body relaxes and she looks at her sadly. “You look like someone afraid to confront the person who called you a villain.” Lena understands the pain of losing a parent, and even though Kara already knows that pain too, Lena wanted to apologize. 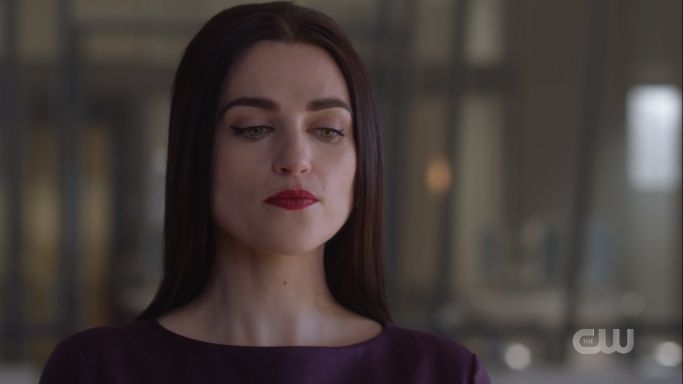 “Here we go around again. You know it, I know it, don’t try to pretend. We know it could be so much better than it’s been.”

Kara thanks her and says it means a lot, and Lena gives her a book that helped her with her grief. Kara takes the book and you can feel the strain between them, the unstoppable force of wanting to hug each other pushing against the immovable object of the pain they’ve inflicted on each other. 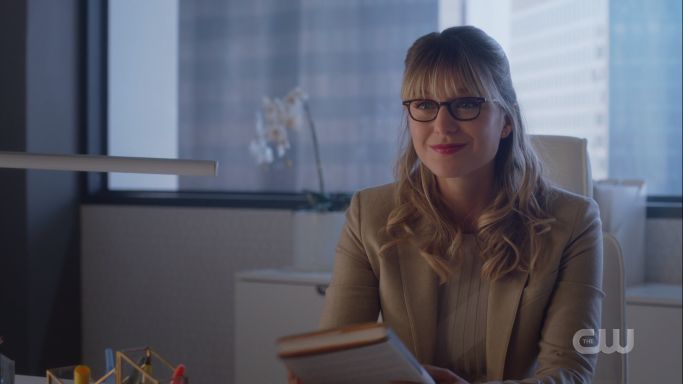 “I was empty inside, but I just didn’t know. You are my ten thousand roses and I let you go.”

Kara keeps the desk between them, like Lena has done to her so many times, and Lena leaves quietly.

I loved this scene because it proved what we already knew: Lena is better than her brother. In every way. Lena was hurt by what Kara last said to her, what she’s done, but she didn’t let her pride get in the way when something bigger than this space between us happened. Try as she might, she can’t forget the bond they had, even if it’s cracked now. It’s not easy for anyone.