Hostess, an 82-year-old company, filed for Chapter 11 bankruptcy protection this past Wednesday for the second time since 2004. Why? According to the LA Times, the cost of raw ingredients has increased and Hostess’s sales and net profit have decreased steadily these past few years — Hostess suffered a loss of about $341 million its last fiscal year, and the company already owes a debt of $994 million to the Bakery and Confectionary Union Pension fund, according to NPR.

The loss of consumer interest is likely because people want to eat things like whole grains and vegetables instead of these golden, cream-filled tubes stuck in cryogenic food eternity —  for instance, a Maine science teacher has kept a Twinkie on the top of his chalkboard for the past 30 years and it’s still looking good, aside from being “off-yellow,” according to NPR. 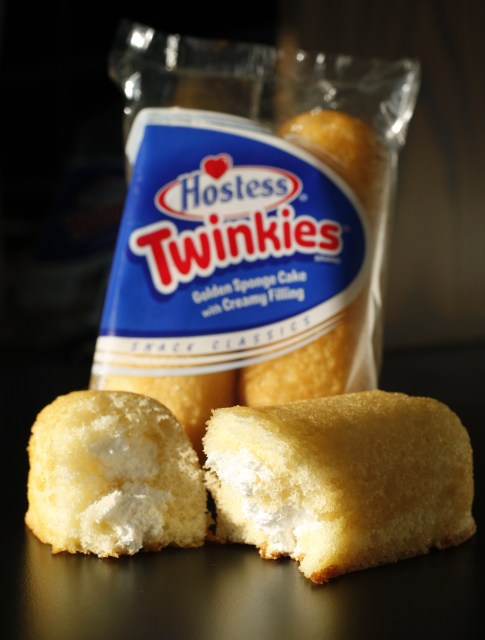 I think one of the main problems at work here is how Hostess’s marketing hasn’t changed with the sustainable food movement that’s happened in recent years — even McDonald’s has begun advertising its “Field to Fork” lettuce produced in Salinas Valley, California by a guy named Dirk Gianni, and Lay’s potato chips is advertising how its ingredients come from farmers all over America, from Texas to Michigan. Note: These foods aren’t necessarily healthy or good for you — the companies are just promoting a homegrown image that fits in nicely with current sustainable food trends.

As for Hostess, the last ad campaign I remember is “Where’s the Cream Filling?” from the ’90s to the early 2000s, and good advertising ten years ago isn’t necessarily good advertising now. It could be that the company’s steady loss of money has contributed to its lack of new ad campaigns in recent years. Regardless, Hostess has still maintained its calorie-laden, guilty-pleasure image — any time you find a Twinkie, Sno Ball or Ho Ho, more often than not it’ll be in situations of cultural irony (see: Zombieland’s take on Twinkies as the post-apocalyptic snack). I’m not saying that Twinkies aren’t fattening foods, but I’d say we all have our nostalgic memories of Twinkies, and even I’ll be sad to see them go, if they do. 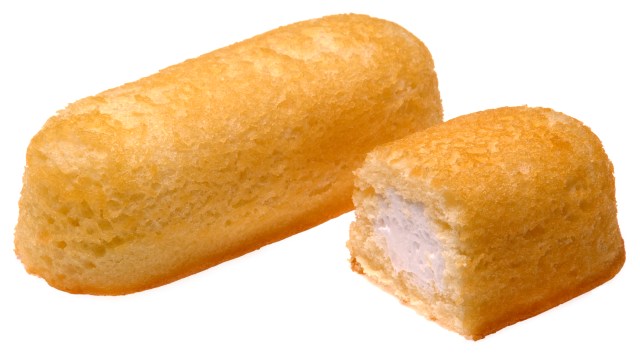 So in the meantime, you can stock up on Twinkies for posterity’s sake (even though Hostess says it’s “Still making Twinkies” and the company “plan[s] to do so for the foreseeable future” in a recent tweet). Or you can make your own version of the Twinkie that’s likely to satisfy just as much, with this recipe taken from Simple Math Bakery. The website also includes a pumpkin and chocolate buttercream Twinkie variation for kicks, which sounds doubly delicious. All you need is a canoe pan (for making Twinkie-shaped loafs) but a muffin tin will do, too. 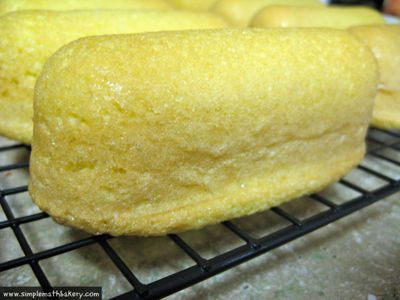 Preheat the oven to 350°. Spray a canoe pan or muffin tins with cooking spray and set aside.

Using an electric mixer, beat the egg whites until they are very stiff. They should hold their shape when removed from the bowl. Set aside.

Combine the flour, corn starch, sugar, baking powder and salt in a large bowl. Whisk together or beat on low speed for a minute, until combined. Add oil, water, Princess flavoring and egg yolks. Beat on medium speed until smooth.

Spoon the batter into the pan, filling the wells 2/3 full. Bake for 8-12 minutes, or until cakes are golden brown and just starting to pull away from the sides of the pan. Cakes will puff up when cooking, but will settle as they cool. Cool the cakes in the pan for 5 minutes, then gently remove them from the pan using a rubber spatula. Allow them to cool, flat side down, directly on the cooling rack.

In a small saucepan, heat the flour and milk over medium heat, stirring constantly. When the mixture becomes a paste (about 5 minutes), remove from heat and allow to cool for 1 minute. Stir in the vanilla extract. Place a piece of plastic wrap directly onto the surface to prevent a skin from forming and set aside to cool completely.

With an electric mixer, cream the butter and sugar until light and fluffy. Add the cooled milk mixture and beat for about 5 minutes, until smooth and creamy.

Use the pastry filler that comes with the pan (or a pastry bag with round tip) to fill the cakes. Place the tip about halfway into the cake and squeeze gently. Holding the cake in your palm while filling it will allow you to feel when it is full. Fill each cake 3 times to ensure that each bite contains cream filling!