Well, I don’t know about y’all, but I cannot concentrate* on anything but the election, so! But! Here’s some queer lil pop culture links for you anyway, in this week’s Wednesday Pop Culture Fix.

+ According to Natalie, there’s a moment of queerness in Nicole Kidman’s new series, The Undoing. I wonder how come every Oscar-winning actress over 40 is playing gay these days? I’m going to call it Carol’s Law. Anyway, um. SPOILER SPOILER SPOILER. 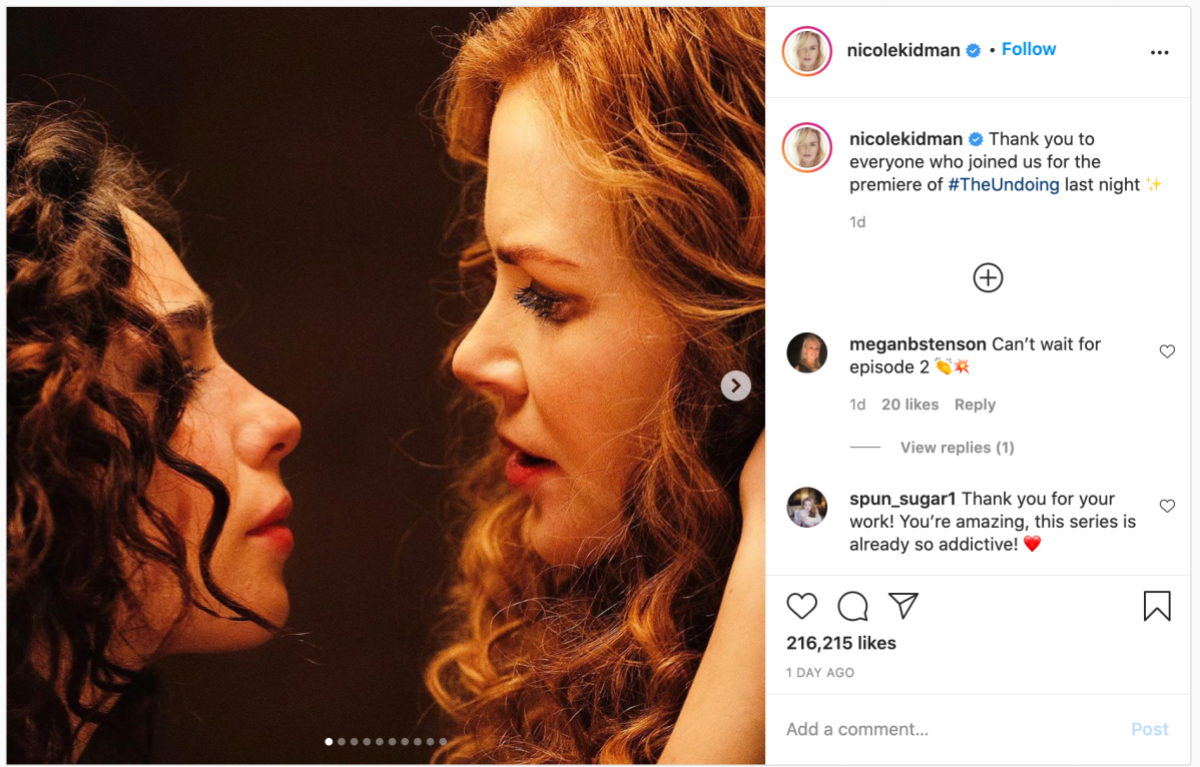 This storyline not end well.

+.I missed Kate McKinnon’s 2019 psychic skit from this week’s SNL; the warning for JKR made me laugh out loud.

+ People keep messaging us to asking if Drew’s going to review the new Rebecca. She is not, and this scathing review is the reasons why she is not. But you really should (re)read her masterful review of the classic!

+ Why is Nintendo Switch so freaking queer?

+ Also Related: The queer appeal of Dead by Daylight.

+ Whitney’s “I Will Always Love You” has hit one BILLION YouTube views.

+ Wonder Woman is a gay icon, even if the movies won’t go there.

+ The full trailer for Netflix’s Selena is here! ANYTHING FOR SELENAS!