Another Wednesday, another Pop Culture Fix — crafted lovingly, just for you.

Dear GJ Fans….We believe you were all interested in this deleted rooftop scene from series one?! Well ..Sally Wainwright, Lookout point @bbc and @hbo have decided you should have it 🎩 17 year old Anne anyone?! .. you’re welcome. 🎁🎂🎩🌈 #annelisterbirthdayweekend #roofofskelflerhouse

+ The teaser trailer for Janelle Monae’s Homecoming is here and she’s absolutely smoochin’ a lady in it! Natalie made you a screenshot! 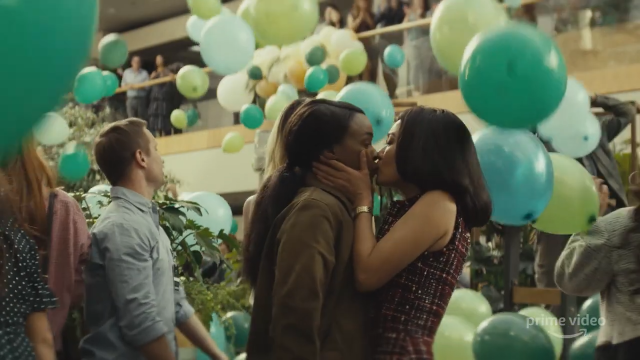 + Fugitive production company has picked up the rights to Abby, a drama “based on the true story of Abby Stein, a young woman from New York, who used to be an ultra-Orthodox rabbi.”

+ Cameron Esposito chatted with The Advocate about releasing her memoir during a pandemic.

+ The cast of Grace and Frankie are doing a live-read of an unseen episode from the upcoming seventh season.

+ The Last of Us 2 has been delayed indefinitely, but I’m more excited for it than ever after reading a right wing blog that said it’s “pro-lesbian propaganda” with “Christian villains.”

+ Fox has cancelled Deputy, which isn’t a surprise, but is a bummer; Bex Taylor-Klaus was awesome in it.

+ Stay until the end!

A very special message from our #Fleabag. Don’t miss the surprise at the end! 🙏 https://t.co/PaPWrdY4YW

+ Syfy is going to re-air all of Xena AND Battlestar Galactica! (Lucy Lawless is queer in both of ’em.)

+ Just a couple of gay dads on DuckTales (whoo-oooh!).

+ Here’s a sneak peek at this year’s Halloween episode of Brooklyn Nine-Nine.

+ Jane Fonda has joined TikTok to revive her ’80s workout videos (and address the climate crisis).

Heather has written 1019 articles for us.