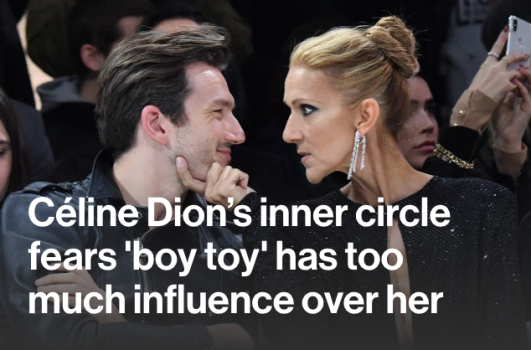 This man is gay, Céline Dion is gay, and everybody is having a VERY NICE TIME so leave my queen alone.

Mika sent this to me Monday and I’ve been dealing with it ever since. Sound on, it will ruin your afternoon.

a mood 🖤💫 what do you look like singing this part? 😂

This picture cleared my skin, refilled my bank account and achieved world peace. HOW DARE YOU, Jen Richards??? How very dare you?!?!?

OK I thought the purse she’s holding was a bar of soap.

It’s moves like this (and what is that in the background, tequila?) that turned Ashley Benson into the maybe-future Mrs Delevingne.

Look, it’s summer and everybody’s hot and I’m OK with it.

Brittani Nichols is the kind of cool guy who just wants to take you to a casual bookstore in France.

Why am I talking like we at a cookout? But I did tell her the shirt I’m wearing I got when I went to the rhythm nation tour when I was 7 years old.

Lena Waithe geeking out over meeting Janet Jackson is one of the cutest things you’ll see all year. I present the following evidence:

I can’t think of a caption cause I’m dead.