The Department of Homeland Security has now drafted up written guidelines for binational and immigrant same-sex couples and families to now be considered “low-priority” in deportation cases. In June 2011, the Department of Homeland Security “spelled out factors Immigration and Customs Enforcement officers should consider when deciding which immigration cases are classified as ‘low priority’ for removal.” One of the major factors includes family ties to a U.S. citizen. However, because the Defense of Marriage Act prohibits same-sex couples from being federally recognized as equal to married heterosexual couples, no one was completely sure if these new rules included same-sex partners. Hence the new guidelines and the good news.

Rep. Nancy Pelosi and Rep. Jerrold Nadler, as well as 80 other members in Congress requested the written guidelines in an effort to make the “families of U.S. citizens” clause clearer. 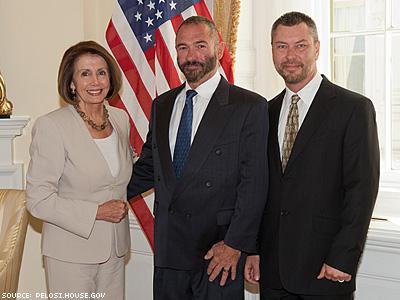 A national organization for gay, lesbian, and transgender immigration rights, Immigration Equality, is praising this change as a step in the right direction. They’re absolutely right, this is a great step, but it’s a small step. This “low-priority” status is only the tip of the iceberg when it comes to binational same-sex couple immigration.

So, you can’t legally get into the United States based on the fact that your partner or spouse lives or works here. This new written Department of Homeland Security law doesn’t help with that. The new guidelines also don’t help if you leave the country and would like to return or if you’re interested in getting a job. This new guideline only protects you as an undocumented immigrant living with your partner or spouse in America, and it doesn’t give you rights. It just means Immigration and Customs Enforcement officers won’t come banging on your door. I suppose we could call that a small success, but there’s more to be done. 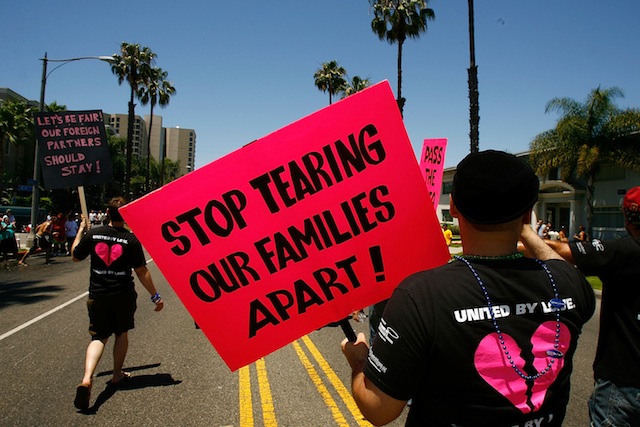 Currently, there has been a bill introduced called the Uniting American Families Act. The Uniting American Families Act would allow U.S. citizens to sponsor their long-term same-sex partners or spouses just as heterosexual couples do. UAFA refers to same-sex couples as “permanent partners” which is pretty adorable, and outlines that permanent partners would have to be financially interdependent, neither party can be legally married to another person, and they must be unable to enter into a marriage under the U.S. Immigration and Nationality Act — the one that gives heterosexual couples the rights to sponsor their partners for a green card or visa into the United States.

When I was previously engaged to an Australian woman, this inequality of immigration rights took a huge toll on our relationship. There was only the option of living abroad with her or living in the United States without her. I’m not alone in this frustration. When speaking to a friend about her relationship with a South African woman, she said, “The research basically turns out to be ‘hope that her country likes you better!'” It’s great if your partner’s home country does allow same-sex couples to immigrate, but what about all of the countries that don’t? What happens then?

It’s easy to be pessimistic when it comes to small steps, but the only remedy is to continue to be involved and push for change, especially with the Uniting American Families Act. The bill has a large number of co-sponsors and may have a pretty good chance of getting passed. The best way to ensure this is to contact your local Congress members, a feat that Immigration Equality’s Action Fund makes quite easy.