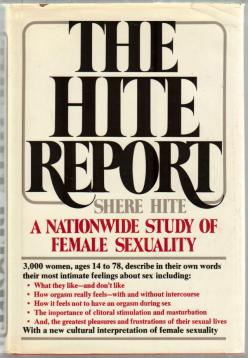 8% of respondents said they preferred sex with women, and an additional 9% ID’ed as bisexual or reported having sexual experiences with both men and women. Hite noted that “one of the most striking points about the answers received to the other questionnaires was how frequently, even when it was not specifically asked, women brought up the fact that they might be interested in having sexual relations with another woman.”

The following lines are excerpts from testimonies given by the study’s respondents, as quoted in the section of The Hite Report entitled LESBIANISM.

Excerpts From Women’s Testimonials On The 1976 Hite Report As Quoted In The section entitled “LESBIANISM”:

1. “I have been brought up to believe women are more attractive and more beautiful and I am beginning to believe it.”

2. “I’ve slept with about twenty men and one woman. I found the woman much better.”

4. “I’d love to massage a woman I liked and was turned on to, and then gradually arouse her sexually through massage and then slowly make love to her and then stop and talk, and then make love again, then sleep together. But I’d never have the nerve!”

6. “Once we made love in my parents’ bed in candlelight and discovered our love for each other as sexual women. Also once we made love all night in great passion and were soft and silly and warm, and great love was built that night. The difference with boys is it is much shorter.”

7. “I think I am a lesbian, which is not too helpful since I’m married.”

8. “If you dig another woman, let her know — she may very well feel the same. If it freaks her out, talk to her about it — she needs to loosen up.”

9. “I want a woman lover — or more. I generally want closer relationships with women; I want to do all the things only men are supposed to do! I want to explore!!!”

10. “I think women often make love by talking a certain way, at least I do.”

11. “Some times I think I could go straight from deep mouth kissing to clitoral stimulation to have orgasm. It depends on my state of “readiness.” I like also to have my lover touch me very lightly, with her tongue and hands, all over my body, especially my buttocks and lower abdomen. There is no one ‘best’ way of clitoral stimulation — when she uses her mouth it’s no different than her fingers. Sometimes I like her mouth at first and then her finger, and the other times, just her mouth. Either her tongue gently flicking my clitoris, or her mouth sucking me hard, or her finger moving right above my clitoris in an increasingly rapid up and down movement, usually makes me orgasm. Sometimes she pushes her mouth hard against me and shakes her head rapidly from side to side — I orgasm this way also. One thing — I guess it’s easier for me if we start lovemaking with our clothes on and do not have more than a minute’s interruption for removal of clothes. Otherwise I get a little self-conscious.”

12. “Once we were hugging and kissing and starting to make love and all of a sudden she says, ‘What part of the world do armadillos live in?'”

13. “It is good simply to be with women. I could not have written that five years ago. I hated women, believed perfection was male and I looked like a fairly successful imitation of a Barbie doll. Except that I kept rejecting Kens.”

14. “Liz, my roommate, and I have oftentimes made love when one of us has emotional problems.”

15.  “At seven, I used to become highly aroused fantasizing kissing a certain girlfriend. By about twelve, I was fantasizing necking with both sexes. By about fourteen, I wanted to fuck; or, more mysterious and exciting and forbidden, do whatever it was the lesbians did! Now I do. And it’s great.”

16. “I am currently thinking of lesbianism as an alternative to abstinence, and to men in general, because they are not very liberated sexually or emotionally or in any other way, and I can’t stand it any more!”

19. “Lesbianism in my view is a far-out alternative to always being underneath some man and being a baby machine.”

20. “I believe that this is true for countless millions of wives, in spite of all the claims to orgasm, that they really don’t know what orgasm is… I was taken by surprise in a lesbian relationship [when] I experienced real, buffola total eclipse orgasm for the first time. Wow.”

21. “Once my heart had an orgasm when she was hugging me and looking at me and saying how she loved me. Hers did too.”

99% of Autostraddle readers don’t support us, but our awesome community of A+ members do! Will you join them? 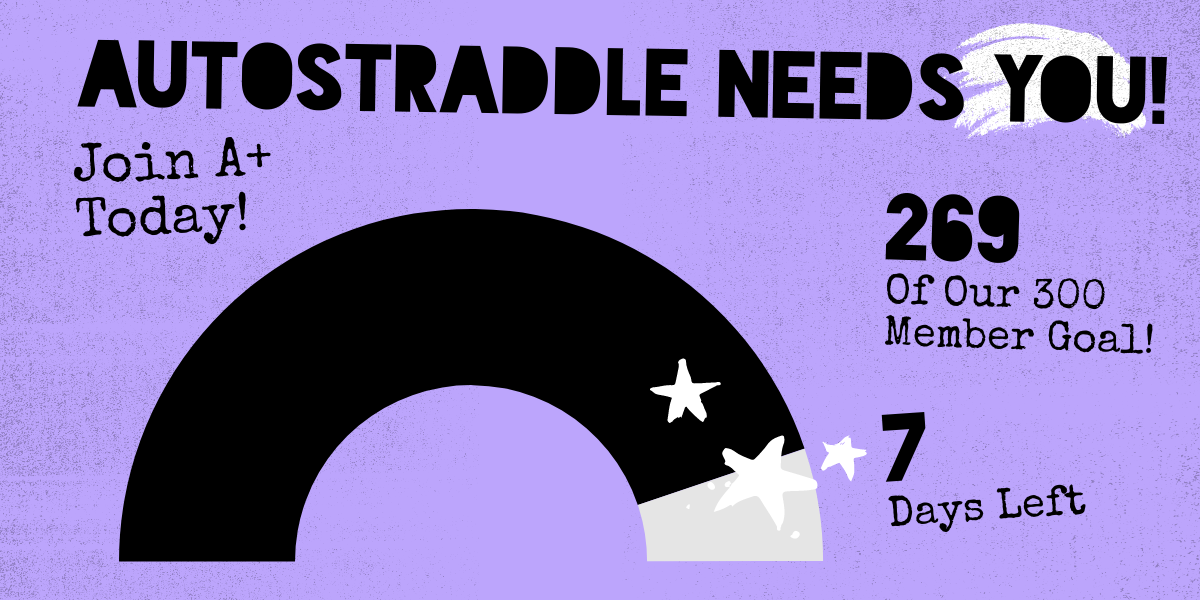