J.K Rowling, the writing goddess who bequeathed the Harry Potter series on mankind, is writing a new, not-Harry Potter book. Give yourself a moment to make sure you’re still breathing. Are you good? Ok.

Her people announced this morning that Rowling has a deal for new book that’s going to be for an adult audience, and that’s basically all anyone is saying. Her website is apparently under construction until spring, but it has been updated with little tiny crumbs of information, like “further details will be announced later in the year,” which will be like, December if the timing of the Pottermore release was any indication.

Also this picture was posted: 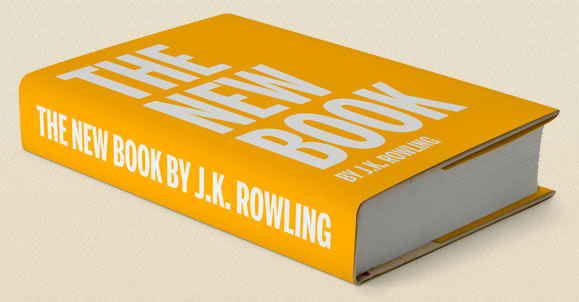 I hope this is the actual name.

There’s also a note from the author, which mysteriously says, “While I have loved writing it just as much, my next book will be very different from the Harry Potter series,” which either means it’s a Hermione/Ginny fanfic or a murder mystery where the reader has to figure out what the book is about before their favorite author kills off more beloved characters.

OK TELL ME YOUR FEELINGS.