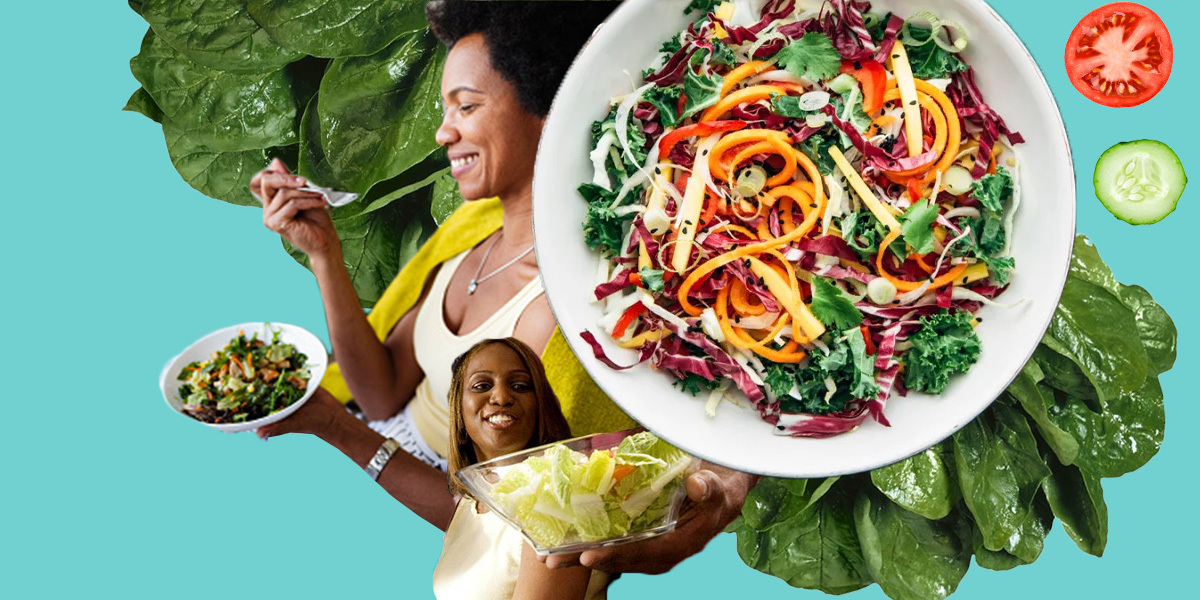 This is the second essay in Empty Magic, a weekly series from Dani Janae about eating disorders and recovery.

The lunch hour was less decadent.

Because I spent most of my time at school, eating school lunches, I was often subject to whatever the Pittsburgh Public School System deemed edible and nourishing for a bunch of grade schoolers.

The lunches I remember most were bean and beef burritos, which I dipped in a ranch-taco sauce mix, those industrial cheese sticks with deep brown welts on them, salads with popcorn chicken, cheese, and tomato on iceberg lettuce, and the infamous Tony’s pizza disks with oddly perfect cubes of pepperoni.

At lunch, we’d pat the grease from our pizzas with a napkin and usually dip them in ranch or top them with dashes of hot sauce. The food was not good and had to be drowned in various sauces to be edible.

My favorite dressing was — you guessed it — ranch. Fatty, tangy, and creamy, it was the perfect sauce to swirl chunks of chicken or slices of pizza in.

Lunchtime meant you had an audience with your meal. When you’re fat, comments about what and how much you are eating are common. Especially in the battleground of middle and high school.

Eating a meal would definitely be accompanied by a “damn, you hungry?” or something else that could be played off as mild but was really a cutting comment on how you, so fat, so huge, could experience the phenomenon of hunger still.

After I discovered I could lose weight by not eating, I took up running.

I started small, a quick jog around the block by my house to get a feel for how my knees would react to it. They unsurprisingly didn’t like the action. Despite the pain and discomfort, I kept at it. Running until I was racking up miles. Running from my neighborhood to the daunting hills of Squirrel Hill. Running across bridges and under trees, I ran and felt elongated and elegant in my body. My legs long, my torso muscled and twisting as I kept a steady pace.

Running, combined with yoga and pilates, changed my body. I never knew I could have the shape I had carved out. A thigh gap, a coveted thing for girls my age. Going from a size 18 to a size 4 in about a year.

Running was the natural progression toward the body I wanted, I thought. It was hard on me. I had been diagnosed with Marfan Syndrome at ten, and my knees would often dislocate. After a run, I could feel the patella jostling around, in freefall inside my leg. I kept running to spite the doctors, my mother, and the kids at school.

On my runs, men would notice me, comment on my legs and my body. Some would tell me I was getting too skinny for them, which I took as a compliment. I wanted to slowly fade, like the end of a song, like the sun slowly dipping in the sky. I wanted to be an exhale.

By this time, to aid in my weight loss, I had also gone vegetarian. So I would pack my own lunches for school.

It was all about lengthening the process, making it seem like a full meal that could be savored. Matching the eating time of my friends who sat around me. Most of them were in their own worlds, some of them brave enough to ask me if I was still hungry. I would snap.

Once, a pregnant friend made a comment about how she could never eat so little, and a horrible comment formed in my head but did not grace my lips. I knew it was awfully mean and decided not to say it.

I noticed that change in me. I was irritable, yes, but I was also unkind. The things I said to people and about myself were cruel.

I kept a food journal where I counted calories daily. If I went over my daily allotment of 500 calories, I’d lose my mind and start slapping at my face and chest in the privacy of my own bedroom. In my quest to destroy the body I had known, this new body was not safe from me either.

On one particularly memorable night, I had come home from school, gone on my run, and returned home to try and find something for dinner. I was torn. I could have a packet of oatmeal (110 calories) or a veggie patty (130 calories) for my meal. With either choice, I could still come in under my daily allotment, but aside from calories, I was also worried about the other food metrics: protein, fiber, carbohydrates, etc.

I slowly paced back and forth in the small space between the pantry and the freezer, pulling out each item, and weighing my options. The veggie patty was soy-based and had more protein, and the oatmeal had fewer calories but more sugar.

I paced and paced, growing increasingly bereft and disturbed. I could not make up my mind. At some point, I noticed my mother standing by the door frame, silently watching me, peeking her head around the wood.

In that moment, I think she knew what she had created, and maybe regretted it, but she didn’t say anything to ease my anxiety, didn’t offer a suggestion. Just as quietly, she sulked away from the door frame and into the living room.

That night, I did not make a decision, instead went to bed hungry, sticking my fingers under the gap of my ribs and into the divots in my hips. I clung to thin like the most precious thing. It was all that mattered to me.

I did not share a meal with friends during college until my junior year.

During freshman year, I ate a salad or cooked vegetables for every meal. If I ordered a salad, I would get it from the dining hall, then take it to my room and deconstruct it, counting out how many cherry tomatoes, how many cups of lettuce, how many olives. Then, googling:

“How many calories in 5 cherry tomatoes?”

“How many calories in ¼ cup of olives?”

“How many calories in ½ cup of peas?”

Once I had my calorie count, I wrote it down, then had my salad usually with a squeeze of lemon juice and nothing else.

Of course, I was lonely. I was struggling to make friends who weren’t my roommate. Struggling to keep the “freshman 15” at bay. I would do two hours at the gym every day before class, engaging in contests with the women next to me lifting weights or on the elliptical.

Being better than the people around me was a big concern. In high school, I was the smartest. In college, I quickly found this was not the case. I had academic rivals that didn’t know they were my rivals.

Most of my friends in college were naturally thin and didn’t have to work as hard as I did at it. That was enviable. But I also liked being the one that was at the gym at 5 a.m. with the sports bros and the other muscled devotees.

I should say, by the time I had reached college, I had already been diagnosed with “disordered eating.” I had been given another food journal that I lied through and a daily caloric goal that I never reached. Even into college, I was living on around 800 calories a day. Things changed in 2012 when I had my first bipolar episode.

The episode was triggered by finding my birth mother and her rejecting me. Quickly, I leaned into old comforts. Food was my confidante once again. Feeling guilty after every meal, I’d head to the bathroom to throw it all up.

I would pace back and forth between the toilet and the sink, thinking:

Then the voice in my head urging:

I vomited until my throat burned and sang with fire.

Soon, I didn’t even have to stick my finger down my throat, just a quick flex of the stomach muscles and I was inside out. This is a trick I still possess today. In my lower moments, I rely on it.

I only got caught once. A concerned stranger’s “are you okay?” floating over the stalls in the bathroom. I chirped back that I was fine in the best voice I could muster through gritted teeth.

People should mind their business. Especially another woman. Didn’t she understand that thin was everything? That without it, you were nothing?