As a rule-following golden child who has spent an entire lifetime trying to make my family  proud and happy, there’s nothing quite as cathartic as watching a fictional golden child go  absolutely berserk — which is why Christmas Is Canceled has rocketed up my Favorite Holigay Movies list for the year. (Which is saying something here in 2021, with this entirely new sub-genre of queer Christmas movies.) For the first 15 minutes of Prime Video’s new festive film, I was kind of amused, and also grossed out. But when Emma Lockhart (Hayley Orrantia) finds out her dad (Dermot Mulroney) is dating her high school frenemy, Brandy (Janel Parrish), and drop-kicks a light-up Santa across her office while screaming “Christmas is fucking cancelled,” I was sold. 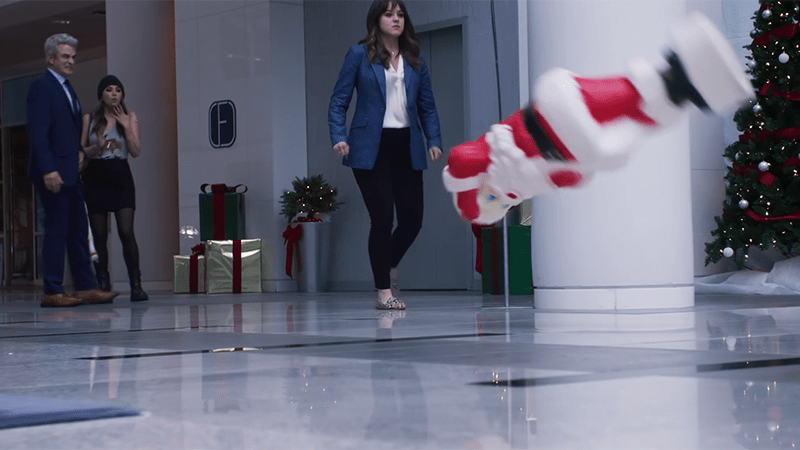 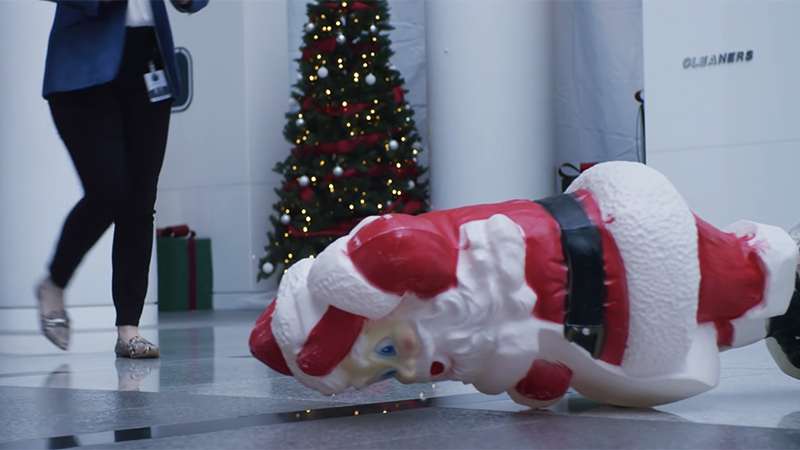 Yes, that’s right. Dermot Mulroney, Mr. 90s Rom-Com, is dating Pretty Little Liars‘ Mona Vanderwaal. It’s enough to make anyone punt a glowing plastic elf across the room, to be honest. But when it’s your own dad? Well, Santa’s lucky his head’s still attached to his body. But, like Emma, you’re gonna have to learn to deal with it if you’re gonna sit through this one.

Emma’s mom died two years ago, and since that time she’s been taking care of her dad, especially at the holidays. She works for his giant car company and makes sure he has breakfast every day; she cooks him pot roast; she buys matching Christmas sweaters with him; and she has a plan in place for everything from the tree to the outdoor lights to the order of opening presents on Christmas Day. She’s a little bit of a control freak, and also a little bit trying to keep from fully grieving the loss of her mom by keeping everything the same as it was before she died. She’s not expecting her dad to date ever, and certainly not one of her former classmates. And so she decides, for his own good, she’s going to break them up by Christmas. 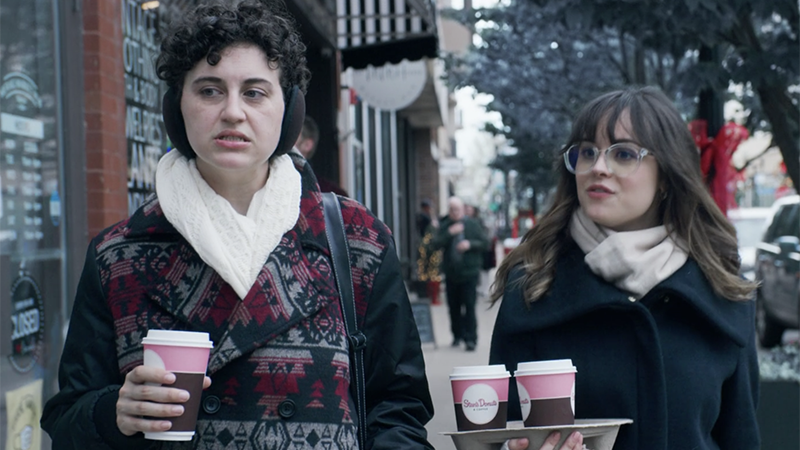 Christmas is Canceled is not all weird May-December straightness, though. It’s anchored in place by Emma’s relationship with her queer BFF, Charlyne (played by non-binary actor Emilie Modaff). They’re co-workers and found family and Charlyne is the only one who’ll tell it like it is. In fact, they call brutal honesty their curse, but they’re actually pretty proud of it, in an April Ludgate sort of way. When Emma demands to know what her dad could possibly see in Brandy, Charlyne asks to see a photo, raises her eyebrows, and says, “For real?” I mean, she looks like Janel Parish. That’s it, that’s your answer. When Emma’s dad shows up to try to talk things through with his daughter, Charlyne excuses themself like, “I actually have a hot date with my own hot twenty-something smokin’ hot girlfriend, so. I gotta go.” And they give themself a high five.

While Charlyne’s desire to see their friend “be the bigger person” and “process their emotions like an adult” definitely rings true, I do have to say that most queers I know would be as yucked out by this relationship as Emma is, and be totally on board with what Emma starts calling her Christmas Day Massacre. They do show up on actual Christmas day, though, to try to stop Emma from doing her “emotional serial killing.” A true friend! 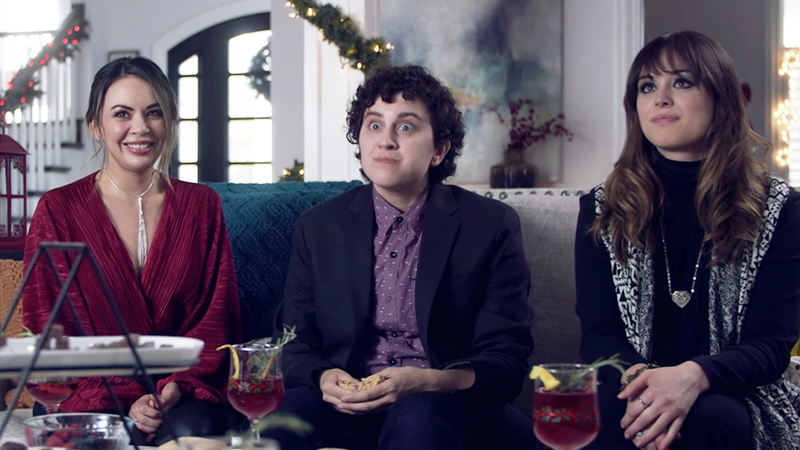 I am an ooey-gooey lesbian love-lover, so I am over the moon about all these fan-fic formula lesbian Christmas movies this season, but I am also super into this baby chick trend of queer characters who exist — very gayly! — outside of their relationships. Charlyne’s all suits and zingers and loyalty and misandry, and there’s no love story in sight for them. That’s a big deal too!

I’m sure you’ll be shocked to hear that I don’t care for the Dermot Mulroney/Mona Vanderwaal match-up, and even as Emma learns to root for them, I myself do not. She deserves better and he needs to grow-up and date someone his own age! But I do agree with Charlyne that the only way Emma will ever be happy is to learn to live her own life, and let her dad live his.

Janel Parish is great because she’s great in everything, and Hayley Orrantia is a hoot. The best part of Christmas Is Canceled, though, is that Charlyne appears to be wearing the GFW Sappho button-up under her blazer at one point. That means there’s gays behind the scenes, too. A true holigay miracle.