One of the things you pick up on once you start taking a leadership role in organizing is that there is a lingo specific with the work. You’ve probably heard many of these terms before. Some organizing terms cross over with other fields like fundraising or public relations. Some terms are thrown around frequently in activist circles, but you may never have come across an actual definition for them.

NOTE: These are my definitions, which I put out there as a caveat in case you might define these terms slightly differently. I’m open to hearing your definitions, too! Share them! Also, I haven’t included terms that are specific to a particular organizing field (for example, union organizing or reproductive rights organizing) because each field has a whole additional set of terms and abbreviations specific to that type of organizing. 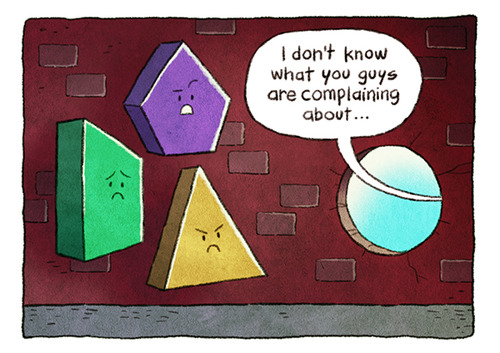 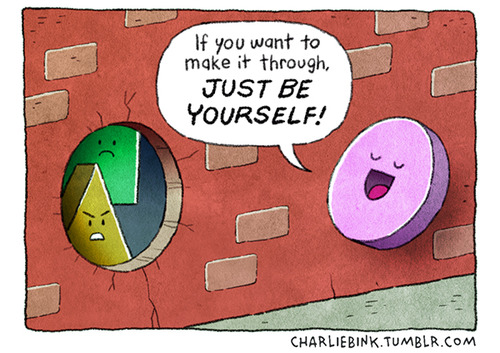 Positionality: a term that came out of scholarly research theory commonly used in feminist research methods that asks an individual to reflect on and acknowledge their own social position as they approach their work, which may bias them because of their gender, ethnicity, class, race, culture, ability, sexual orientation, religion, etc. (For example, understanding our own positionality may help us realize when we should steer clear of claiming other people’s struggles as akin to our own.)

Calling Out: speaking out against a specific person or target when you catch them doing or saying something racist, ableist, sexist, transmisogynist, classist, etc.

Calling In: speaking out against a specific person or target when you catch them doing or saying something racist, ableist, sexist, transmisogynist, classist, etc. end inviting them to change the behavior.

Team: a group of folks working together, can be very small or very large, formal or informally created, linked together for a common purpose.

Task Force / Working Group: a small group of people working on a common project or task that convenes for the duration of that project or task, usually ad hoc (meaning, “as needed”).

Committee: a more formalized working group, often with bylaws and a chairperson, put together to work on a specific task.

Coalition: an alliance of groups and organizations formed to work together to act against a common opponent or to advocate for a common goal, a more formal group that may be put together around a bill, a campaign, or an issue area. 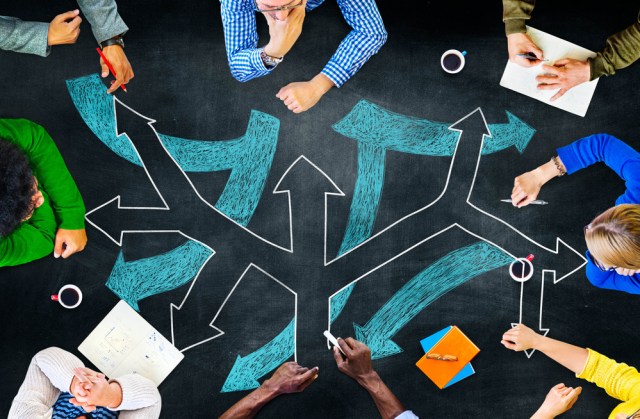 Hierarchy: a ranked system where one person or a small group of elected/appointed people make decisions for the group and pass that decision down, which may or may not include group input.

Majority Rules: a participatory system of making decisions that allows all members to have equal say through voting and requires a majority vote to move forward (could require a certain number of votes like 50% or 2/3 instead of a simple majority).

Consensus: a participatory, decentralized system of making decisions that allows all group members to have equal say and reach a unanimous decison to move forward

Unanimous-1 (U-1): a participatory, decentralized system of making decisions that allows all group members to have equal say and try to reach a unanimous decision to move forward, but can move forward if the decision is unanimous except for one vote (or U-2, U-3). 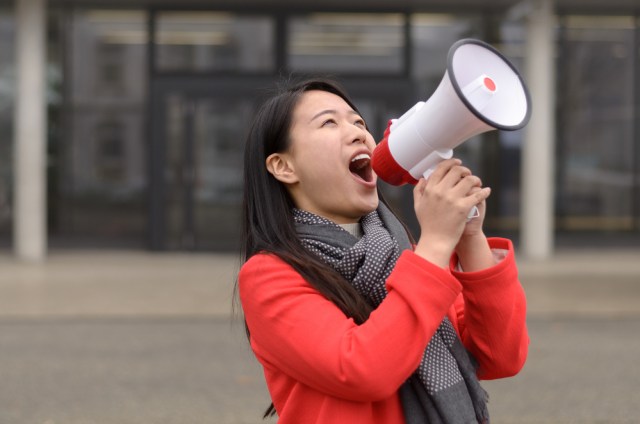 Target: the person (always a person, never an institution or group) who has the power to give you what you want, who you will direct your activist action at.

Ask: a term from fundraising that means what you are going to try to get from a target.

Demand: a term for a stronger ask that usually has some sort of negative consequence tied to it, “if you don’t do THIS, we’ll do THIS.”

Grasstops: people who will join your campaign who already have high levels of institutional power, influence, and access. (For example, big donors to a political candidate or celebrities.)

Grassroots: people who will join your campaign who build power through banding together, adding their one voice to the larger collective voice to demand access to targets.

Engagement: how many people have participated in your campaign in some way.

Reach: how many people have been made aware of your campaign in some way.

Turnout: how many people have physically or literally “showed up” to your campaign actions.

Action: any planned activity to demonstrate support for an issue or cause.

Strategy: a method to help win your campaign. (For example, a strategy could be to put pressure on the Mayor by engaging voters in your issue.)

Tactic: a specific way to enact your strategy to help win your campaign. (For example, phonebanking for a whole month in the Mayor’s district to engage voters.) 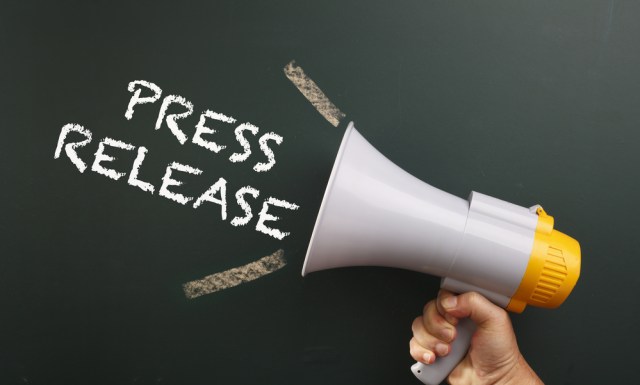 Media Advisory / Media Alert: a brief invitation to an event, action, or press conference that just has the basic details.

Press Release: a written document up to two pages long with information about a campaign, action, speaker, event, or anything you wish to inform the press about.

Press Statement: a written statement attrbuted to a specific person, usually a lead on the campaign, a directly affected individual addressing an incident, the head of an organization, etc.

Media Hit: any time your cause, issue, etc. shows up in the media, it’s a “hit.”

Earned Media: media that covered your cause or issue because you alerted them to it, which is different than when the media shows up to cover a story on their own because it’s of general interest.

Social Media Campaign: a planned and coordinated use of social media to increase the reach of the message or cause.

Twitter Storm: a planned social media action where individuals are asked to tweet about a certain issue, sometimes tweeting directly at a target, often around the same time or with the same hashtag.

LTE: shorthand for letter-to-the-editor, a short letter on any topic submitted to a newspaper, usually written by local people, which can be part of a larger media strategy.

OpEd: shorthand for “opposite of the editorial page”, though commonly called an “opinion editorial,” a longer opinion piece which can be submitted to newspapers and planned as part of a larger media strategy.

Phonebank: an action where volunteers are organized to call through a list of potential supporters with a specific message, question, or ask.

Disposition Code: a shorthand way of tracking calls during a phonebank with codes for “no answer” or “hang up” or “deceased” etc.

Patch Through: the act of connecting supportive people on the phone directly to their elected official, often used an automated phone system (called a predictive dial system, but that’s a more complicated thing to describe here).

Rap Sheet: the script for the call, written out so volunteers can personalize and follow it to make the calls consistently and remember what the message, question, or ask is.

Burner: a pay-by-minute phone often used for phonebanking or street canvassing because it’s less expensive than paying for an additional phone line when hosting many volunteers. 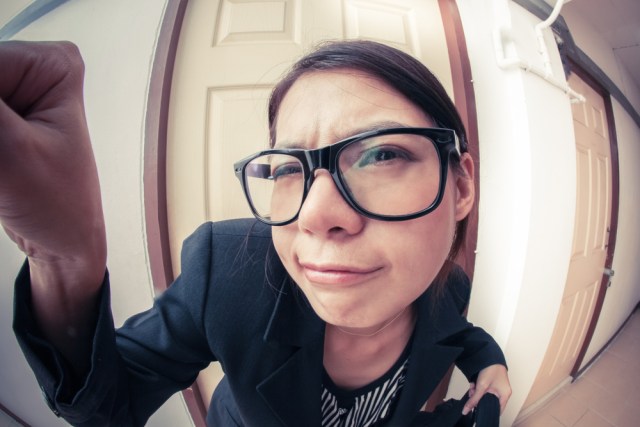 Canvass: any action where you engage people on the street, often in a busy area or at an outdoor event or door-to-door.

Door-to-Door / Door-knocking: a type of canvass action where you talk to people at their residences on behalf of a campaign, often literally walking down the street door-to-door.

Walk List: a list of names and addresses for a door-to-door canvass, often paired with a map.

Elevator Speech / Pitch: the less than two-minute speech you will give to people when trying to engage them during a canvass.

These definitions are often used to preemptively come up with a press or campaign strategy for different outcomes, especially when there may be many predictable outcomes like advocating for a legislative bill or policy

Partial Loss: there were some major compromises and the stuff you won on doesn’t feel like much of a victory or may be mostly symbolic.

Partial Win: there were some compromises, but you won on the essential stuff.

Win: you won it all, everything you asked for! (Rare, really rare, but awesome when it happens…like petting a unicorn!)

If there are any organizing terms you’d add or that you’ve heard and have questions about, leave ‘em in the comments!

Do you have questions about activism or organizing? Topics you’d like to see covered or even write about? Shoot me an email at kaelyn [at] autostraddle [dot] com with your questions and ideas!

Join A+
Related:be the change