About Jordyn Jay and Gia Love

Jordyn Jay is a Black trans community organizer and arts advocate. Originally from Jacksonville, Florida, Jordyn moved to New York City in 2015 to pursue an education in the arts at NYU. While studying at NYU, she became interested in the integration of arts into social justice movements, particularly the Movement for Black Lives. She graduated in 2018 with a Bachelor's Degree in Imagining Abolition, a major she created herself to study the use of arts-based organizing in prison and police abolition movements. In 2018, Jordyn earned her Master's in Art Politics from NYU, where she continued her study on art in social justice movements with a focus on curation, education and social practice art. While completing her Master's degree, Jordyn became frustrated with the lack of representation of Black trans femmes in the arts and education surrounding the arts, despite the impact that Black trans femmes have had on the art world. In 2019, Jordyn founded the Black Trans Femmes in the Arts Collective, a collective of black trans women and non-binary femmes working to build power among themselves, organizing and advocating in and through the arts, to create space and access for Black trans femmes to explore the possibilities of their own creativity. It is Jordyn's hope that the collective will continue to grow and create an a sustainable Black trans-led art ecosystem for Black trans folks. Jordyn is still dedicated to abolition work and would like to continue doing transformative justice organizing, with a focus on Black trans folks affected by policing and incarceration. Gia Love is a trans woman of color from New York City. She is active member of the House and Ballroom community with specific notoriety in the Kiki scene. Gia was a principle subject in the Teddy Award-winning documentary Kiki. Gia’s work in the Kiki ballroom community has extended from community activism to providing HIV and STI prevention services for at-risk LGBTQ youth. Gia lives her life as a courageous woman of trans experience who overcame adversity by living in her truth unapologetically and authentically. The Black Trans Femmes in the Arts Collective is a collective of Black trans women and non-binary femmes dedicated to creating space for themselves in the arts and beyond. 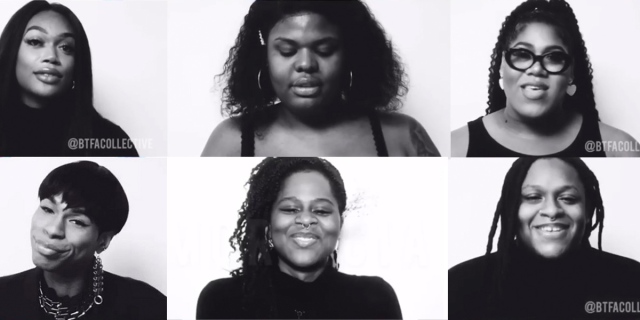