The only thing I love more than Bad News Bears-y sports stories is LGBTQ humans — so it is, frankly, shocking that I have just found out about Slo Pitch, the mockumentary softball web series that debuted on OUTtvgo in Canada two entire years ago and has just landed on AMC+ and IFC.

The series follows Joanne (Kirsten Rasmussen), the good natured and wildly competitive lesbian softball coach, and her ragtag team, The Brovaries, as they get their asses handed to them nearly every game of the season in their gay softball league. Actually, it’s a slow pitch beer league, which is maybe a specifically Canadian thing, I don’t know, but I love it. Joanne is joined by her extremely un-athletic fiancée, Sasha (Chelsea Muirhead), who works as a high powered lawyer and only joined the team to spend time with her girl; Mel (Amanda Cordner), a former pro who can’t talk about why she got kicked out of her league (fuckin’ umps, man); Boris (Karen Knox), who hails from some imaginary country and makes her living as an undocumented worker engaging in corporate espionage, and who is also looking for a wife; Zari, the token straight player who keeps apologizing for everything; Ann, who lives in Joanne and Sasha’s basement and gets to use the wifi as long as she stays on the team; and so many more amazing weirdos! 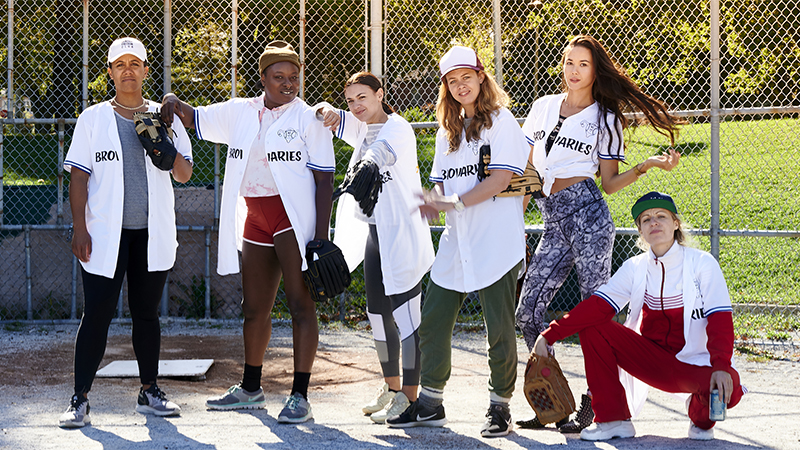 There is no shortage of drama in this gay league, obviously! Ann, for example, is dating two different players from the rival Toronto Blue Gays. Joanne can’t even stand to be in the same bar as the Blue Gays! Straight Zari tries to set up kooky Boris with one of her friends, and it turns into an absolute disaster. Joanne loves Sasha so much, but she’s so bad at softball that Joanne keeps asking other players to kick her off the team. And then there’s the fact that they actually get kinda good and make a run for the championship.

With so many queer characters on Big TV these days, it’s nearly impossible for me to keep up with all the web series that drop, and they’re often a hard sell to Autostraddle readers who have come to expect much bigger budgets for their on-screen faves — but Slo Pitch is excellent quality for a shorter form series and also it reminded me of the days I used to devour Carmilla as soon as new episodes aired because it’s an unmatachable feeling watching stories that were made specifically for us by people like us. Plus none of the jokes feel SNL-style dated, which is often the case with webby shows. Slo Pitch is full of heart and it’s also legitimately hilarious. I laughed out loud at least once every episode. 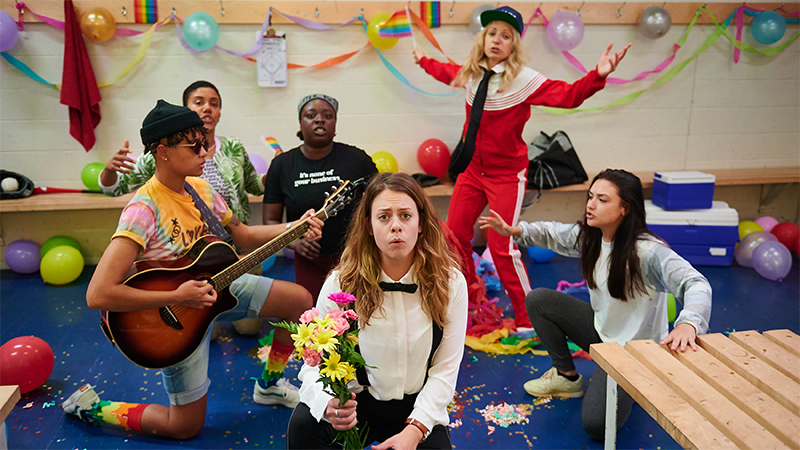 The creative team is made up of all women and non-binary folks, the cast is at least half BIPOC, and 70% of the crew are LGBTQ+! And that’s Pride, baby!

You can watch both seasons of Slo Pitch on AMC+ or IFC right this very second! Bare minimum, you’ll get the giggles and be prepped for Prime Video’s upcoming A League of Their Own remake, which better try its dangdest to be as gay as this show.