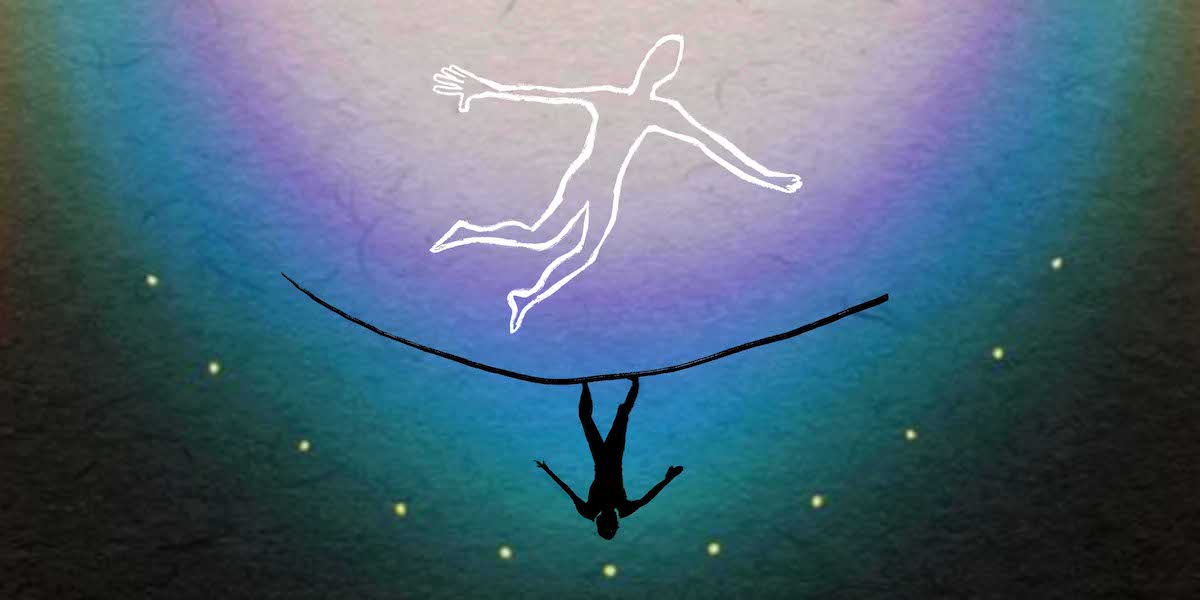 You die when your spirit dies
Otherwise, you live.

I repeat these lines from Louise Glück over and over again in my head. The line comes from an incredible poem called “Averno”, in the book of the same name. It’s my favorite line from the poem. I’m preparing for a reading I’ve been asked to perform at, and my own words escape me. I reach toward old comforts after getting rusty from more than a year of no performances.

So much of my experience of poetry is wrapped up in time. From sneaking to write poems at work or in school, to writing poems about different periods in my life, trying to revisit them like a researcher.

The reading I’m about to do is in a different time zone, so I’m up and ready on Zoom at 10 p.m. my time, listening to the musical guest perform her rich music. My heart is in my throat. I keep panicking thinking about the last time I did a reading where I felt the breath catch in my chest like a mouse.

I’m trying to be present for the poets that are performing before me because I think they are phenomenal. The language transcends the miles between us as we Zoom in from our separate locations. Poetry, for me, is about all we can encapsulate within a sound. A mood, a dimension, a question, a time frame.

Please welcome Dani Janae to the virtual stage! the emcee for the night croons, and I take a deep breath, swallowing the tension.

I try not to look into the camera, still, I smile, thank the emcee, and begin.

As a young poet, I first fell in love with the work of poets like Emily Dickinson. It is horribly cliche, to be a lesbian that loves Emily Dickinson. I did not gravitate toward her work because I understood it; it was because I felt it. Poems like “Hope is the thing with feathers” and “I am nobody, who are you?” were of course poems I read as a student of her work, but the poem that caught me was “After great pain, a formal feeling comes-”

That poem ends with the lines: “As Freezing persons, recollect the Snow –/First – Chill – then Stupor – then the letting go –”

All of the pain I held in my body let out a brief sigh. I did not let go of it then, and maybe have not let go of all of it to this day, but it sounded off in my chest because it recognized something in the words of Dickinson.

Dickinson was born and lived in Amherst, Massachusetts, which means we lived in the same time zone, years apart from each other. I wonder if she wrote early in the morning as I did, just as the sun is tempting at the edges of the city. I wonder if she had coffee with her poetry, if she set a timer, watched seconds slip. Maybe she just let the words come, fully devoted.

For many years, pain was the only thing that made sense to me, I lived in anticipation of the next blow. I didn’t talk much as a child and still don’t as an adult. It was in poetry that I found my voice, the bravery and strength it took to speak. Of course, I wrote bad poems, I wrote silly and sore poems. I just wanted to unburden the levy. I wanted to feel something other than the immenseness of my despair. When I wrote poetry and read it to myself, I felt a sense of pride for the first time in my young life.

When I needed it to be, poetry was therapy. Now that I’ve worked through many years of actual therapy, poetry is a place where I can express my emotions, but with a different end in mind. Just as Dickinson reached across time and our personal differences to reach me, I want to be that voice to someone who needs it.

The poems I read at the reading are from a new manuscript about sexual assault. It’s late, so I’m getting sleepy, and being in that state makes me emotional. So, I end up embodying a lot of the feelings I’m trying to express through the poems and fight back tears.

I’ve jumped time. I’m 22 again and there’s a policeman at my door, I’m trying to tell him what happened to me without looking at him. I’m thinking of grief.

In her poem, “Grief Work,” the poet Natalie Diaz writes:

“I wash the silk and silt of her from my hands—
now who I come to, I come clean to, I come good to.”

I think of all the ways I had come to people in the days, hours after my assault. None of them clean, none of them good. I had not done my grief work. I was hiding. I love what Diaz has to say about the poem, how she refers to grief as “the beautiful terrible,” a wilderness to be washed clean by.

Diaz also talks of bringing, experiencing your grief with the body of someone dear to you. I used to think that this was a means of doing harm. I used to think I had to be void of grief before I could touch another person without hurting them. I was afraid to make any kind of connection because I had a connection with the person that assaulted me, he was a friend. He told me he loved me moments before.

When I read the poems I had brought to read that night, I looked over at the chat in the Zoom window to see what people were saying. It was a chorus of repeating lines back to me, or thanks for being vulnerable and sharing this caliber of work with them. The emcee encouraged us to follow each other on Instagram and Twitter, so I get to see just how far spread we are, where we all are coming from.

The evening fades, it is nearing 12 a.m., it is nearing 9 p.m. We are hearing each other in the same instance, at the same speed, but at a different time. By the end of the reading, it is tomorrow on the east coast.

Sharing these poems was a means of touching my grief to someone else’s. A poet after me reads a set of poems about body dysmorphia, and I feel their grief of the body too. They are somehow in my home with me, each of us holding something that belongs to the other.

In her poem “The moon rose over the bay. I had a lot of feelings.” from The Renunciations, Donika Kelly writes:

I think about calling a thing by what it isn’t. I tell myself it is only really 9 p.m. where I am and I’ll get enough sleep tonight. I think about “love” in the mouth of a man that acted in a way that directly negated the sentiment.

Poetry always finds me where I am at, always lets me fall on my knees before it and kisses my forehead. I end the night with a poem that conjures tomorrow. It is tomorrow where I am, after I’ve washed my face and brushed my teeth, put my hair in a pile above my head.

I promised myself tomorrow after I left the courthouse all those years ago. I didn’t know it then, but a version of myself I did not know yet said: “stay.”

I said “tomorrow” and so it was. I conjured another day of living by speaking it. Another day to breathe and write, to come clean, to come good.