Last week, when Men in Black: International was preparing to hit theaters and (mostly) men “film experts” everywhere were falling over themselves to tell their readers in explicit detail how the reboot-sequel could never live up to the late ’90s Will Smith original, Autostraddle writer Drew Gregory said it best: “Imagine caring what straight critics think about a movie that’s main selling point is Tessa Thompson in a suit for two hours.”

She’s absolutely right. I cannot imagine anything more silly. Therefore, let’s get this out of way – if your main interest in seeing Men in Black is that you want to see Tessa Thompson wear a suit with her signature curls lovingly displayed in their peak form messy perfection, then you will not be disappointed by this movie.

If you want to watch Tessa Thompson do all those things while needlessly flirting with Emma Thompson (whose Agent O has a silver haircut that made my knees weak), then I have even better news for you – that is a thing that happens. And it goes down within the first 30 minutes. Your needs will be met. As a bonus, Tessa also flirts with one of the movie’s Big Bads, an alien arms dealer named Riza (played by Rebecca Ferguson). 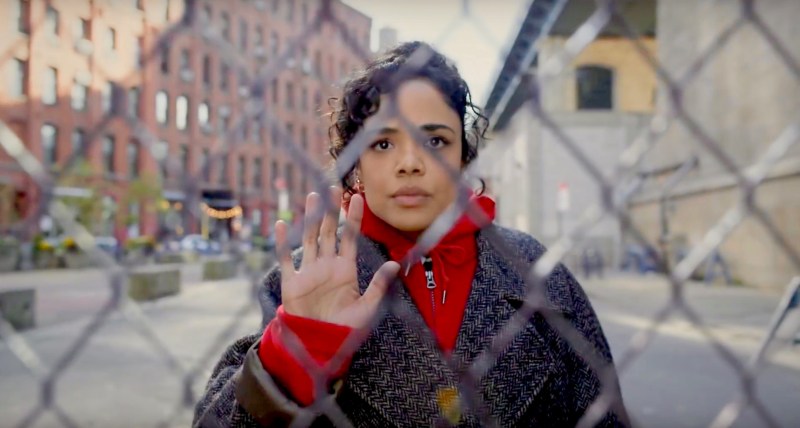 At this point I can’t tell if Tessa Thompson is purposefully playing all her film characters as bisexual, or if it just jumps out when she least expects it, but I really don’t care. She’s giving an on-screen representation that her audience is desperately craving, and at a time when only 12.8% percent of major film releases have LGBT representation at all (and only 14% of that already slim margin is bisexual) – I will take all the flirting that Tessa Thompson can sneak onto screen whenever possible. So yes, Tessa Thompson looks great in a suit and never passes up an opportunity to make eyes and pouty lips with any woman who crosses her path. I’m glad we got that important piece of business out of the way.

Sadly, that’s also pretty much everything that makes Men in Black: International great. It’s not a complete surprise that the best part of the movie happens across the first act, which largely focuses on the backstory of Tessa’s Molly. Men in Black smartly gives its franchise fresh eyes via a young Molly, who witnesses her parents having their memory wiped by two agents when she’s tween. The agents were looking for a cute brightly colored fluff ball of an alien, whom Molly helps escape out of her Brooklyn fire escape.

It’s not just that Men in Black is re-introducing its mythos via a young girl that’s exciting – though it is! – it’s also that she’s a young black girl, which is frankly unheard of for any other major sci-fi franchise. Molly is a nerdy black girl from the inner-city, she’s a supreme cyber hacker, and she spent her entire life believing in aliens. That doesn’t happen in major blockbuster films. 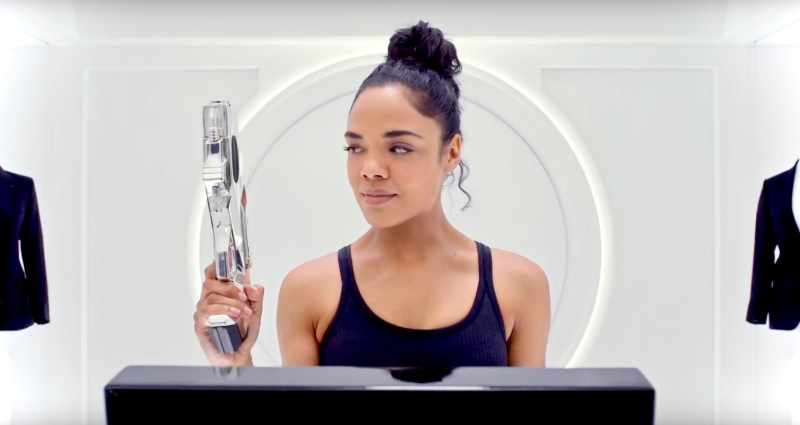 As an adult, Molly’s drive pays off, letting her walk right in the front doors of MIB headquarters. From there Emma Thompson’s Agent O gives her probationary agent status and the two re-create the famous Will Smith sequence from the original 1997 film, having Tessa try on a suit for the first time, get her first look at Men in Black’s instantly recognizable cartoony guns, and finally – putting on those sunglasses. Not once does Tessa utter Will’s legendary “I make this look good” (she turned down the opportunity when asked by the director) – but it doesn’t matter, because dammit she does.

The setup is a seamlessly updated re-entry to the series. Having Molly guide us back into the supernatural buddy-comedy universe really should’ve worked. To her credit, Tessa Thompson works very hard to make it work. Unfortunately, almost as soon as Molly (now renamed Agent M) is given her first official mission, everything goes sideways.

M is paired with Chris Hemsworth’s Agent H, who is supposedly one of the MIB’s best agents, but in practice is a smug hotshot who spends a lot of time depending on his looks instead of doing actual work. He’s hapless and Tessa’s Agent M spends an regrettable amount of time having to clean up his messes, which distracts from the foundational buddy humor that Men in Black is based on. Though, I appreciate that Agent M has no interest or time for mansplaining by the many, many men in Black around her. She’s smarter, more logical, has more wit – and she trusts that about herself. 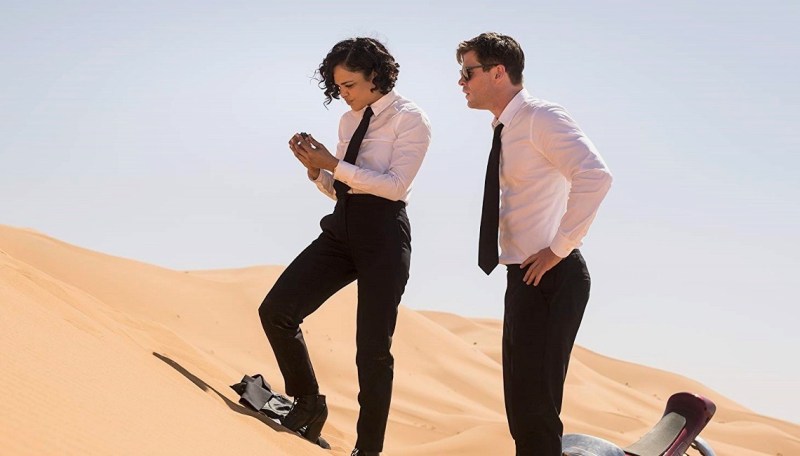 Still, Chris Hemsworth and Tessa Thompson are both innately charming actors. They also have a fun history together on film thanks to the Thor and Avengers franchises. It wouldn’t be unreasonable to assume that they’d be able to coast by Men in Black: International on those strengths. They’re hampered by a script that’s equal parts predictable, listless, and muddled. The plot quite simply isn’t tight or snappy enough. It comes across as thin as the story jumps from New York to London to Marrakesh at a frantic pace (which I have to say – also sets Men in Black up for one of my least favorite Hollywood tropes, where privileged Westerners race around through “exotic locations” with little care or interest in cultural sensitivity or respect for the locals who live there).

F. Gary Gray is one of my favorite action directors – he also helmed Set it Off, for my money one of the best heist films of all time, starring Queen Latifah in the iconic lesbian role as Cleo – but in this movie he feels bored. As the film drags on, scenes with animated aliens and shiny futuristic weaponry don’t pop or delight in the ways that they should. Instead, it flatlines.

Men in Black: International has all the elements at hand to be great, but in the end, it’s not as good as the sum of its parts. Which is fine, it’s 100% fine, because what we are really talking about here is two hours of free air-conditioning and Tessa Thompson wearing a black suit. And on this you can trust me, very few could do it better.