As a gay teenager, I never felt like I had the support I needed, especially given the fact that my home life was fractured & very off balance. That’s why, for this pride month, I’ve partnered with Dr. Scholl’s Custom Fit Orthotics,

+ I’m still too mad to really even look at the CW right now but here’s the trailer for Gotham Knights which I’m obviously not going to be able to help myself from watching. Fallon Smythe plays Harper Row, “a streetwise, acerbic and often underestimated, the blue-haired bisexual is a gifted engineer who can fix anything. But what Harper wants most of all is to repair the broken lives of her and her brother, Cullen, the only person she trusts.”

+ The test run of Netflix’s crackdown on password-sharing is not going well.

+ The euphoria of Elliot Page.

+ Sara Ramirez covers Variety’s pride issue and I really don’t know what to tell you except the cover is the most bananas thing I have ever seen and when I saw it on Twitter I thought someone on Autostraddle was making a joke. 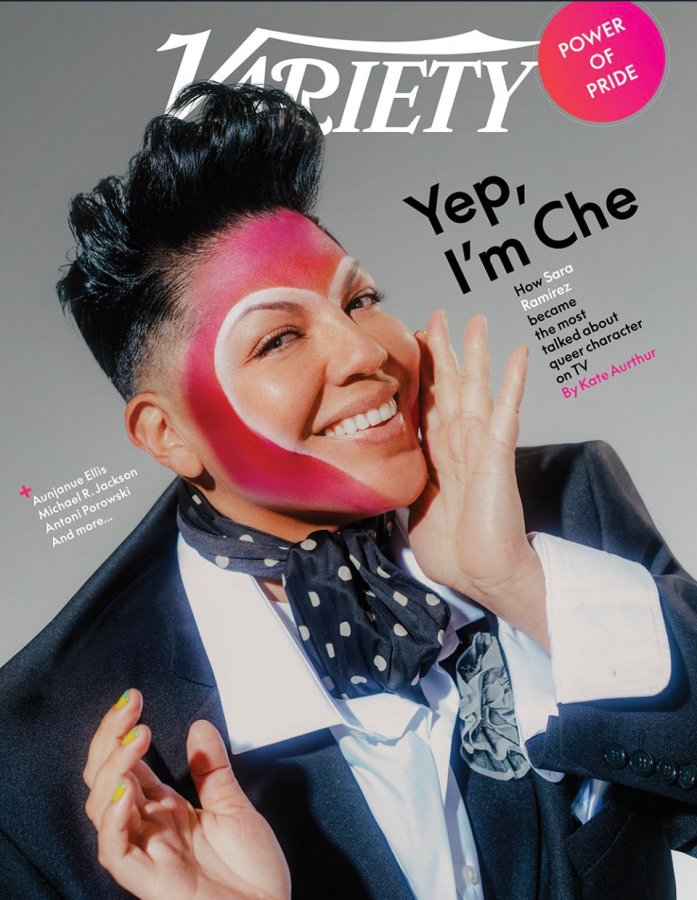 + Married at First Sight will finally feature a lesbian couple, which makes sense due to the fact that we do sometimes get married upon meeting.

+ Cynthia Nixon says Miranda always had “lesbianic qualities” on Sex and the City.

+ Ella Hunt’s missing Dickinson as much as we are.

+ Brittney Griner’s supporters have a new strategy to free her: Make Noise.

+ Matthew Morrison was reportedly fired from SYTYCD for sending ‘flirty’ messages to contestant. Of course.

+ Megan Rapinoe is on this week’s episode of The Limits with Jay Williams on NPR talking equal pay in soccer.