When Maya Rudolph and Fred Armisen’s eight-episode dramedy, Forever, landed on Amazon last Friday no one really knew what it was about, even though there’d been reviews and a trailer and it was famously written by Master of None‘s Alan Yang and 30 Rock’s Matt Hubbard. It’s because Bezos & Sons prohibited critics with screeners from revealing the plot twists that become the catalysts that drive the action that shape the show. I won’t spoil them either, not really, because it’s better if you’re caught off-guard and forced to find your footing each time Forever shifts its perspective.

What I’m trying to say is: Forever is like if Portlandia had a baby with San Junipero and it grew up watching only Spike Jonze and Richard Linklater films. It also explores middle-aged queerness in a way I’ve never seen before on TV. 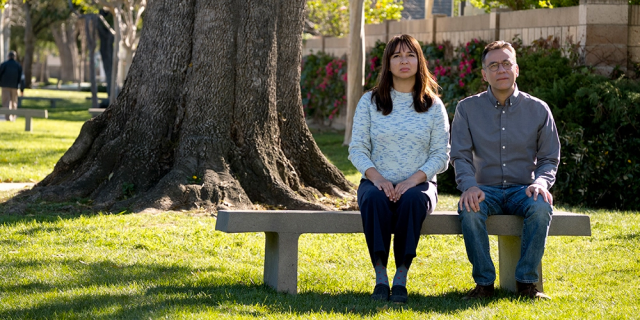 The story is that June (Rudolph) and Oscar (Armisen) have been together a long, long time, in that kind of comfortable, broken-in relationship that some people find so peaceful and other people find so suffocating. Oscar likes going to the same place for vacation every year, he likes catching the same fish, he likes cooking the same meal, he likes serving it with the same voilà and white wine. June never stops eating his trout almondine, never stops saying thank you, but her smile becomes tighter and her gaze becomes more distant, until you can’t even fathom how far the horizon is she’s staring toward. Oscar doesn’t look at her looking, which is half the problem.

When Catherine Keener’s Kase arrives next door to June and Oscar, flannel and Birkenstocks and a no time for nonsense, she’s had it with life. (With her former life.) Her boring former job and her boring former husband in her boring former town with its boring former monotony and no one ever questioning what they were doing and why and what it all meant in the grand scheme (and what even is the grand scheme?). June senses a kindred spirit in Kase, and while Kase seems ready to meet on the plane of their discontent and burn their lives to the ground looking for answers in the ashes, June is — well, the truth is that she does love Oscar, deeply. He’s her kindred spirit too, and what they have built together, their life, the way they move easily around each other, their banter, the knowingness of it all: It’s her home. 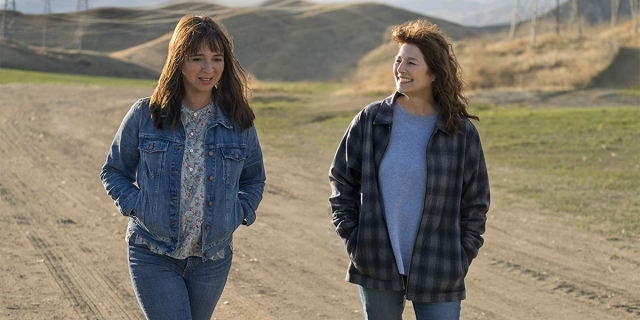 Oscar doesn’t understand June’s obsession with Kase. And June doesn’t really understand it either. Kase challenges her, sees things in her Oscar never saw; she puts her hand on June’s hand and their energy exchange is enough to literally knock a man out.

I can’t take it any farther than that, plot-wise, or I’ll unravel all the mystery.

Forever makes me not want to to use that well-worn (and very important) diagnostic we reach for to pass official judgment on whether queer representation is Good or Bad. Does the show step on some tropes? Yeah. Does it quench your queer thirst? It probably depends on your life experiences. I watched these two middle-aged women circle each other, sense a spark, take a step, and another, and I heard the show name it as a joke and name it as a real thing and theorize that everyone is gay and I tilted my head at the TV like a golden retriever puppy, at this new, subtle, real, affecting thing.

Forever asks a whole lot of questions it doesn’t answer: Is love comfort or is love adventure? Is love’s hero the peace-maker or is love’s hero the risk-taker? Is the flicker of a connection enough to build a life on? Is it enough to tear another life down for? What does it mean to build a life anyway? Is contentment the enemy of happiness? What am I doing and what are you doing and what are we doing, as couples and as humans on this planet? It’s wistful and hopeful and Maya Rudolph does some world-class swearing in it.

A beautifully filmed series about boring love with evolving queer characters who are shaded-in, a series that forbids discussion of the plot but who cares because it’s a glacial character study, a series where Maya Rudolph sings “This Is How We Do It” with a full orchestra and really does tell half the story of the whole show with just her face. Forever is not for all people, but it is for some people — and that’s kind of the point.